Booksellers Erik and Uriel—known colloquially as The Book Boys around BookPeople—want to challenge you to take the dive and get lost in a long book (or two) in 2021. They’re joining us on the blog today to discuss some of their favorite 500+ page tomes and a few they’re excited to tackle soon.

There’s no feeling quite like losing yourself in the current of a book whose scope and breadth just about overwhelms you. Often the sheer size of these titles is daunting, the subject matter (is seemingly) too heady—the task of simply starting becomes a herculean effort. You begin to doubt yourself and wonder, when will I have time to read this? and will I ever finish? But when the writing’s good (as it so often is), it’s hard to stop and those mental roadblocks begin to fall by the wayside. In very short order, you begin to really know the characters (love them, hate them); inhabit the world; pick up the language and humor of the place. As readers, you know what I’m talking about, but that feeling *just hits different* over the course of, say, 500 pages versus 200. Erik and I—The Book Boys—started to chase this feeling in early 2020 with Roberto Bolaño’s The Savage Detectives and haven’t looked back since.

We want the same for you and challenge you to pick up one really long book in 2021 and see where it takes you. Below, we’re sharing a few of our favorites and some we can’t wait to dive into very soon!

The Savage Detectives by Roberto Bolaño

Erik O. : If you want a plot that goes from Point A to Point B and is conventional then LOOK ELSEWHERE! Bolaño takes you through the poetry scene of Mexico, where a new teenage poet on the scene meets everyone he can, writes poems, hangs out. Then we go all around the world for two decades, searching for people we seem to just be missing. An absolutely bonkers book with characters galore and every genre you can think of.

Uriel P. : The inaugural Book Boy read is a rowdy, ambitious road-trip novel that spans decades, following two poets hot on the trail of the elusive Cesárea Tinajero. We encounter strange characters, run into several dead ends and mystifying coincidences, are steeped in the world of toxic machismo, and are left with more questions than answers by the end. But don’t let that discourage you, the reading experience is so worth it. *100 emoji* *chef’s kiss* 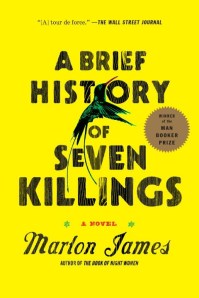 A Brief History of Seven Killings by Marlon James

EO: Neither of us have read this, but a book that looks at Bob Marley’s attempted assassination in 1976, then goes to New York City, then returns to a changed Jamaica in 1990 is a pretty sweeping novel.

UP: That’s a lie. I tried reading this one a while back, but chickened out. After powering through and ultimately loving 2019’s Black Leopard, Red Wolf, I realized that James’ powers are best suited for the lonnnnnng novel. This is one worth re-considering.

The City of Brass by S. A. Chakraborty

UP: Now that this series has come to a close, I can comfortably read the first volume in S. A. Chakraborty’s Daevabad Trilogy without having to the dread the time in between volumes. And I’m here to tell you that I’m so ready to tackle this historical fantasy steeped in Islamic myth that seamlessly inserts commentary on the Israeli-Palestinian conflict.

UP: I won’t even try to summarize this book, but check out this gorgeous review I found on Goodreads. Forget the fact that this one goes for 1k+ pages. I want to read it even more now.

EO: Even a professional reviewer said it took them forever to read, and they enjoyed it the whole time. Good luck!

UP: Fair warning, I’m not the best sci-fi & fantasy reader out there, but this one is good. I was gifted The Poppy War this Christmas and have been savoring every page of this tale of revenge and second chances. Though, Kuang’s debut is so much more than that. Yes, it’s like Potter in the sense that there is a young person with remarkable powers at the center of this novel, but it is also a rumination on China’s complicated history in the twentieth century. It’s a potent mixture and I’m hooked.

UP: Remember how I said sci-fi and fantasy wasn’t my thing? Well, one of my great accomplishments in 2020 was reading Dune. It is so much more than sand worms and that clunky David Lynch adaptation. Herbert imagines a world (galaxy) rife politics, prophecies, and questions of environmental and economic inequality that continue to remain relevant. It’s not without its faults, of course: the characters are a little stiff and there’s some questionable choices made in characterizing one of the book’s central antagonists, but this ride is well worth the price of admissions. And don’t you want to already have this one read by the time the movie’s out later this year?? 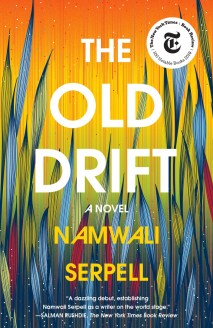 The Old Drift by Namwali Serpell

UP: I’m kicking myself for sleeping on this one when it first published in 2019. The Old Drift recounts for readers the century-long struggle between three families that occupy a colonial settlement on the banks of the Zambezi River. They feud and come together, betray and defy convention into the near-future in a book Carmen Maria Machado describes as a “worthy heir to A Hundred Year’s of Solitude.” It is a story about family just as much as it is about geo-politics—with magic. What’s not to love about that? 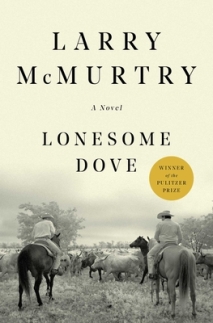 UP: Are you even a Texan if you haven’t read Larry McMurty’s epic Pulitzer Prize-winning novel about the Old-ish West? It’s a story that’s made even the coldest of hearts weep, a gun-totin,’ Dickensian trot through a bygone era of the American story, carefully and tenderly wrought. I swore to make it my Summer 2021 read. Join me!

EO: We like to joke that Murakami once received a phone call with no one on the other end, hung up, and said, “… Fourteen novels… I will put this experience into fourteen novels.” A surreal novel that looks at Japan’s past, present, and future, and a novel (like many on this list) that just doesn’t always give you what you want, and thank god for that.

UP: I’ve read almost every Murakami novel and short story available in English at this point, but have been saving The Wind-Up Bird Chronicle for an especially rainy day. I can’t put into words what it is Murakami’s able to do in his writing (think Raymond Carver with talking cats and plenty of spaghetti and unknown callers), but it works for me. Largely considered his masterpiece, Wind-Up Bird is a rich blend of history, detective fiction, and romantic melodrama that I’m dying to dive into! 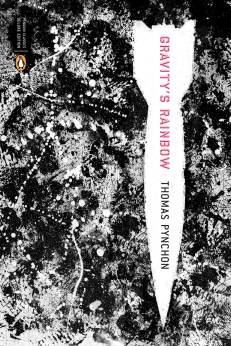 EO: At the end of World War II in Europe, Tyrone Slothrop (and many others) look for a mysterious device that is going to be put into a V2 rocket with the serial number 00000. That’s about as basic as this story gets. There are groups inside sub-groups fighting other sub-groups, the OSS, astral projection, plots so convoluted that characters literally fizzle out in them. But there’s also love, tenderness, anger, and a long story about a lightbulb. If any part confuses you, just enjoy the prose, or, check this wiki for a list of page by page annotations, which I used after EVERY chapter. Relax for four months and read it!

UP: I’ve promised Erik multiple times I will read Pynchon, I will learn to love him. I do think I need to overcome the necessary hurdle that is The Crying of Lot 49 before I can tackle Rainbow, but how can you not be drawn to a novel as challenging as this one?

More Books to Consider: It by Stephen King, A Little Life by Hanya Yanagihara, The Amazing Adventures of Kavalier & Clay by Michael Chabon, The Heart’s Invisible Furies by John Boyne, J R and The Recognitions by William Gaddis, Pachinko by Min Jin Lee

You can find these titles and other BIG reads in-store and online at BookPeople today.

One thought on “Reading List: Big Books to Tackle in the New Year!”