Disclaimer: I didn’t set out to write just about Austin writers, but the truth is, many of the top ones call this area home.  Lucky us! 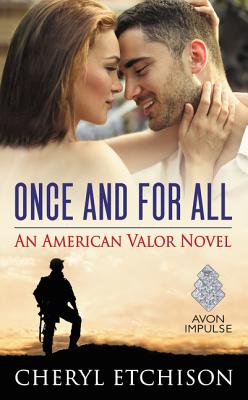 A former journalist, Etchison knows her way around a story.  Once and For All is about second chances, living fully, and being unafraid to love. The heroine, Bree, has survived cancer not just once, but twice.

Now Bree is anxious for a fresh start in a place where people don’t treat her like she is sick. Her wish is granted with one with one major string attached—Staff Sergeant Danny MacGregor, the man who broke her heart ten years before. Bree was Danny’s first friend, first love, first everything. Maybe he likes playing the hero. Maybe he’s trying to ease ten years of guilt. What follows is a marriage of convenience with a twist, one of my favorite plots.

Find Once and For All and Etchison’s second book Here and Now on our shelves or at bookpeople.com

Another Austin writer, Julia London has her second book of a Scottish historical trilogy out now. Hard-Hearted Highlander is the sequel to Wild Wicked Scot. Both are at bookpeople.com

Paranormal fans rejoice—White Hot, the next in the “A Hidden Legacy” series by Austinite Ilona Andrews hits shelves May 30th.  The first book is Burn for Me and readers have been impatiently waiting to learn more about Nevada and Rogan.  Word is the third book will be released this August.

Andrews was recently honored at the RT Booklover’s Convention in Atlanta with a “Career Achievement” award in Urban Fantasy. Another KissCon author, Lorraine Heath received her award for “Historical Romance”.  Heath’s latest, An Affair with a Notorious Heiress, also releases May 30th.

Other RT Booklover honorees you can find in the store or at bookpeople.com include–

First Historical Romance – How the Duke was Won by Lenora Bell

Historical Love and Laughter— A Date at the Altar by Cathy Maxwell (Austin!)

Historical Romance of the Year— Forbidden by Beverly Jenkins

Contemporary Romance— A Change of Heart by Sonali Dev