This week I dove into dystopias with Scott Westerfield’s new graphic novel, Spill Zone. The novel immediately starts off on a creepy note, with Addison, the protagonist, riding into the restricted “Spill Zone” that used to be the small town of Poughkeepsie to take photographs of the mysterious things that reside there. Addison used to live in Poughkeepsie with her parents, who were claimed during the Spill, and her little sister, Lexa, who no longer talks (her doll, Vespertine, does all of the talking now). Addison sells the pictures she takes of the Spill Zone to buyers who are fascinated with the area to feed her and her sister. Addison only has seven rules in The Zone: don’t take pictures of the dead, don’t stare at the lights glowing from the storm drains, stay away from the factories and rats, don’t listen to the cats, don’t mess with The Zone’s “little projects,” don’t get off the bike, and always get the shot. When Addison figures out that she only has one buyer who’s willing to pay one million dollars for a specific shot, Addison must decide how many rules she’s willing to break to stay out of The Zone forever. And, of course, there’s one more mystery bothering Addison: what happened to Poughkeepsie to make it a toxic wasteland? You can find copies of Spill Zone on our shelves and via bookpeople.com. And don’t miss Scott Westerfield at BookPeople on May 15 when the Fierce Reads Book Tour comes to Austin!

The Great Unknown: Seven Journeys to the Frontiers of Science by Marcus Du Sautoy

Science books about what scientists find mysterious are always fun to read. To think that there are things that we are constantly trying to understand – whether it is the true nature of matter or whether there is an explanation of what time really is – illustrate the power of the scientific method to draw a reader in. In this work Du Sautoy, an eminent mathematician and scientist himself, highlights seven what he calls “Edges” of science – those areas where science has not found all the answers for just yet: chaos theory, nature of matter, quantum physics, the universe, time, consciousness, and infinity. By focusing on these, he provides a delightful examination of the various theories and the possible ramifications of those theories should they prove true. You can find copies of The Great Unknown on our shelves and via bookpeople.com.

The First Love Story: Adam, Eve, and Us by Bruce Feiler 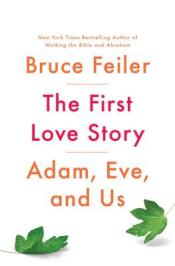 I’ve just picked up Bruce Feiler’s new book, The First Love Story: Adam, Eve, and Us — it was on my much-anticipated list for the year because of two of his others that I’ve read—Walking the Bible and Abraham. Feiler is so adept at writing about the Bible in a manner relevant to twenty-first century culture, and not solely from a Christian perspective. Western culture has viewed the story of Adam and Eve through a lens that seems very obscured after over two millennia of storytelling. Feiler very simply gives us a new lens from which to view these two people—that of love rather than one of sin, pain, and death. He uses Adam and Eve to talk about issues such as gender identity, adultery, and relationships in today’s context. As always, Feiler’s prose is simple, elegant, and accessible to the average reader. In a world that often privileges the individual and seems to value divisiveness, this book is refreshing. I’m trying to figure out why it took so long for someone to (re)write this book. You can find copies of The First Love Story: Adam, Eve, and Us on our shelves and via bookpeople.com.

The Visiting Privilege by Joy Williams

I don’t know how I’ve lived some 30 years of my life and no one has recommend to me the short stories of Joy Williams. It’s really a failure on the part of my book loving friends. I may have been behind the curve, but The Visiting Privilege is quickly becoming one my all-time favorite collections. Williams puts together sentences as well as anyone I’ve ever read. And now that The Visiting Privilege is out in paperback, there should be nothing holding you back from checking out one of the great American writers for yourself. Special shout-out to this fantastic LitHub article by Vincent Scarpa for convincing me to finally pick up a copy. You can find copies of The Visiting Privilege on our shelves and via bookpeople.com.