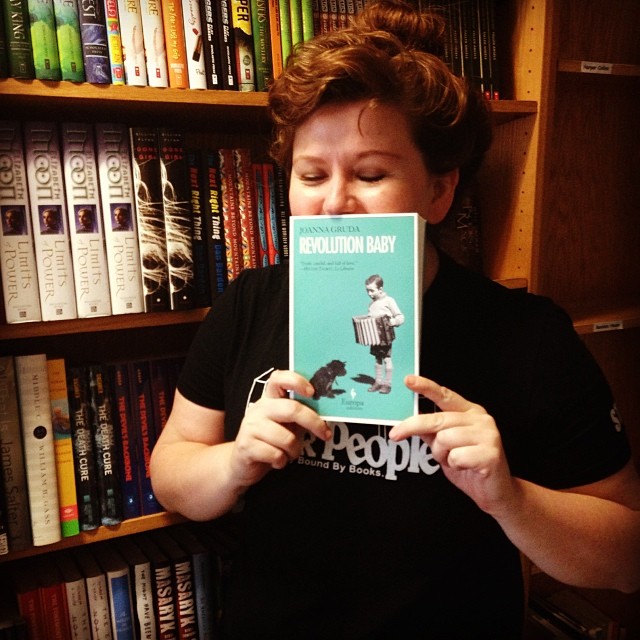 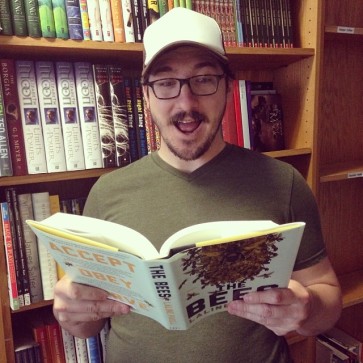 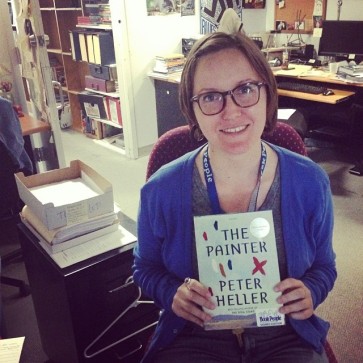 Whoah. Hold onto your bookbags. We have a lot coming out this week, and our staff is buzzing about it!

The Bees by Laline Paull

A L E X: “A few chapters into The Bees I realized what a feat of writing I was witnessing.  I was already immersed in hive culture and shown how antennae can be set to “puzzled” or “stern” and that a queen bee’s love can suffuse the air with a scent of security and warmth.  Oh, and how one’s fate in life can be deeply felt yet completely unknown at the same time, a preordained mystery.  All from just a few chapters, written in language that communicated clearly and was also pleasurable to take in.  I knew that I’d be involved once I heard the gist (“The Handmaid’s Tale meets the Hunger Games” and a bit of Animal Farm, I’d add) but I never guessed how much I would already learn about myself from the perspective of a bee. This book will feel perfect on my shelf right between Watership Down and The Lord of the Flies, right along with all of my other favorite titles.  Once I manage to put it down, that is.”

The Painter by Peter Heller
C A R O L Y N: “I fell into this story as quickly as I did with Heller’s previous novel and debut, The Dog Stars. The Painter follows the story of an artist whose past is riddled with mistakes and tragedy which he will seemingly never shake. Heller paints his landscapes beautifully using common names of plants and animals so that you’re pulling (either from memory or referencing the nearest field guide) detailed images of the painter’s world. The Painter is the perfect read for summer!”
_________________________________________________

An Untamed State by Roxane Gay
speaking & signing on Monday, May 19 at 7PM

J U L I E: “This powerful novel about a woman kidnapped for ransom in Haiti grabbed me from the first sentence and held me, riveted and breathless, to the very last page. Gay is unflinching as she conveys the emotional, psychological and physical devastation of Mirielle Jameson during and following her captivity. Mirielle’s strength is the real backbone of this novel and held me fast as I worked through the difficult scenes of brutal treatment at the hands of her captors. This novel has me thinking about freedom, what it affords me and what it really means to be free, what I take for granted, and how a presumption of freedom defines my sense of self. Just a phenomenal, unforgettable read.”

In her bestselling memoirs Ruth Reichl has long illuminated the theme of how food defines us, and never more so than in her dazzling fiction debut about sisters, family ties, and a young woman who must finally let go of guilt and grief to embrace her own true gifts. Recipes included!

Opening in the settlement of Long Grass, Texas we encounter the taciturn Wyatt, whiling away his time in between bottles, and the dentist-turned-gunslinger Doc, more adept at poker than extracting teeth. Now hailed as heroes for their days of subduing drunks, Wyatt and Doc are living out the last days of a way of life that is passing into history, two men never more aware of the growing distance between their lives and their legends.

All The Life We Cannot See by Anthony Doerr
“Doerr, a fabulous writer, pens an epic novel about a blind French girl and a German boy in occupied France and their struggles to survive World War II.” — Mary Ann Gwinn, Seattle Times

First in a new trilogy from the author of the Sookie Stackhouse novels! “With polished ease, Harris brings her cast on stage, pairs them off to reveal character through conversation, and ambles the mystery along…While not ignoring the downsides of smalltown life, with too-knowing neighbors and teens desperate to get out, Harris also works in its joys and comforts. This is a solid entry in Harris’s catalogue and will do very well with her fans.” — Publishers Weekly

The Snow Queen by Michael Cunningham

C O N S U E L O: “Love is blurry. Brother, friend, wife, boyfriend. Michael Cunningham deftly explores how mutable our relationships are in The Snow Queen, a slim novel that asks all the big questions. It tells the story of brothers Barrett and Tyler Meeks, who are each grappling with the terminal illness of Tyler’s fiance Beth. Barrett turns to religion after he sees a curious light in the sky, what he believes to be a sign from the universe. Struggling musician Tyler relies on drugs to tap into his creativity and write a song that is worthy of Beth, that she will be proud of. Cunningham, like his The Hours inspiration, Virginia Woolf, can hone into the small details that make us human with such accuracy. While he focuses on these brief moments, he beautifully captures the bigger picture – a story about love, faith, talent, mortality, and family. His precision is flawless, each turn of the page amplifying the empathy for his characters and passion of his words.”

The Bone Season by Samantha Shannon

J E S S I C A: “Clairvoyants and god-like beings from the spirit world, oh my! It’s the year 2059 and clairvoyants are being hunted down by a security force called Scion. Paige Mahoney, part of London’s criminal clairvoyant underground, is a rare dreamwalker. her special ability is throwing her spirt into another person’s body. She’s abducted by the Rephaim, a curious race fo other worldly beings who collect people like Paige to help fight off the Emim. Have I mentioned the Emim yet? Not? They are scary, buzzing monsters that are only able to be killed by lcairvoyant powers. This book is fantastic, scary and exciting fun!”

“Like a bullet, like a bolt of lightning, like a speeding car, this debut novel goes faster and harder than anything you’re likely to read this year. Welcome to an astonishing talent, and an unforgettable heroine.” – Stacey D’Erasmo, author of Wonderland

Glorious: A Novel of the American West by Jeff Guinn
speaking & signing on Friday, May 9 at 7PM

“If, like me, you’ve been waiting for the next Louis L’Amour or Zane Grey, the good news is his name is Jeff Guinn. His newest novel has all the elements of a fabulous western: compelling characters, breath-taking scenery, and something more—an unblinking take on the western frontier.” —Craig Johnson, author

Wonderland by Stacey D’Erasmo
speaking & signing on Tuesday, May 20 at 7PM

M A N D Y: “Revolution Baby has an Amelie vibe. It’s succinct and sweet with moments of true wisdom that come from the mind of a child. Eloquent and snappy at the same time. I really like it.” 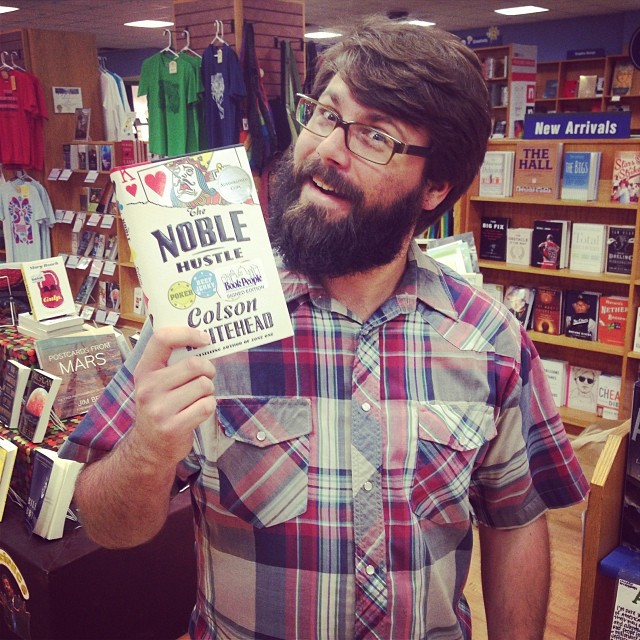 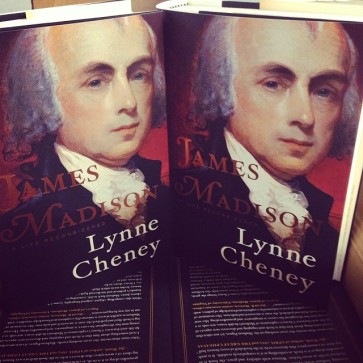 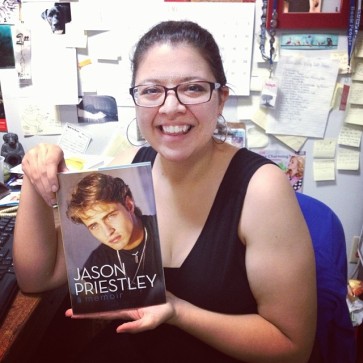 “Lucidly written . . . this is probably the best single volume bio of Madison that we now have.”  —Gordon Wood, New York Times Book Review

Reagan at Reykjavik: 48 Hours That Ended the Cold War by Ken Adelman

A  N D R E W: “Although Adelman is a Reagan man through and through, his portrait of the Soviets is fair and balanced. He paints no one as a bogeyman. It was surprising to me that this book was a good, if biased, analysis of Reykjavik since I come nowhere close to Reagan’s politics. Regardless of your political affiliations, it’s good to get more than one narrative of a person, or of a leader, or event and this book is actually a fair interpretation of the summit.” 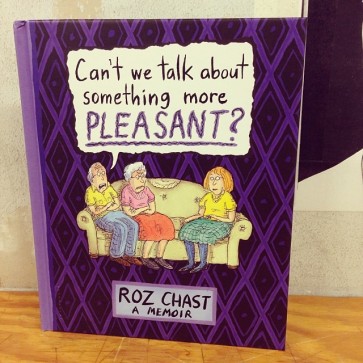 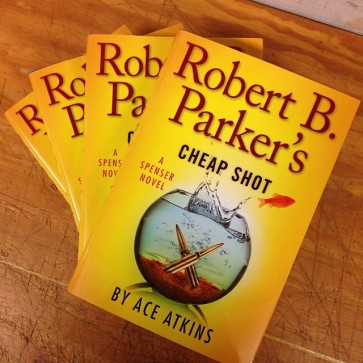 Can’t We Talk About Something More Pleasant by Roz Chast

“If you’ve ever wondered about the origins of Roz Chast’s quavery, quietly desperate, antimacassar-bestrewn universe, look no further. This grim, sidesplitting memoir about the slow decline of her meek father and overpowering mother explains it all..The lines between laughter and hysteria, despair and rage, love and guilt, are quavery indeed, and no one draws them more honestly, more…unscrimpingly, than Roz Chast.” – Alison Bechde, cartoonist

click here to purchase a ticket for the event on Friday, May 16 at 6PM
Legendary pitcher Nolan Ryan grew up in Texas and early on developed a passion for cattle ranching that rivaled his interest in baseball. His first cookbook offers 75 recipes for sizzling T-bone and rib-eye steaks, mouthwatering burgers, slow-cooked barbecue ribs, and more. Working with chef Cristobal Vazquez, Nolan presents a fresh take on the Tex-Mex standards of his childhood.

er by Philip Kerr
speaking & signing on Sat, May 10 at 4PM

M O L L Y: “Many of us know Philip Kerr for his Bernie Gunther novels, set in the thirties through the sixties. Kerr’s latest  is by contrast a novel set in contemporary society, and his dry wit and quick observations translate well into FBI tough talk. And it’s set in Texas! Specifically, in the shiny metropolis of downtown Houston.”

Robert B. Parker’s Cheap Shot by Ace Atkins
speaking & signing at NOIR AT THE BAR @ Opal Divine’s on Mon, May 12 at 7PM

S C O T T  M: “Ace Atkins continues to prove that Robert B. Parker’s Spenser character is in good hands. What makes this book stand out is that we are beginning to see Atkins’ own voice emerge in the series. While Spenser, Hawk, and Susan sound and act as we would expect, they are dealing with new themes and a new world which has begun encroaching on their old one.”

Field of Prey by John Sandford
“The perfect summer read, as far as I’m concerned.” — Stephen King, author
“Sandford’s Davenport novels are always very good, and this is the best one in a long time. It’s suspenseful, witty, and wise in the ways of modern politics. And the conclusion is darkly unforgettable. A superb thriller.” — Booklist 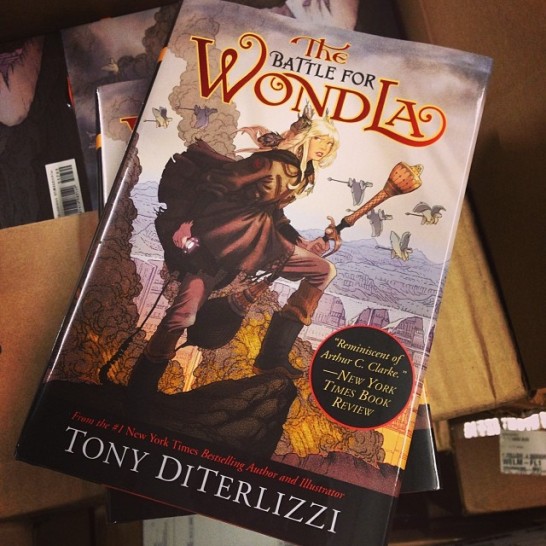 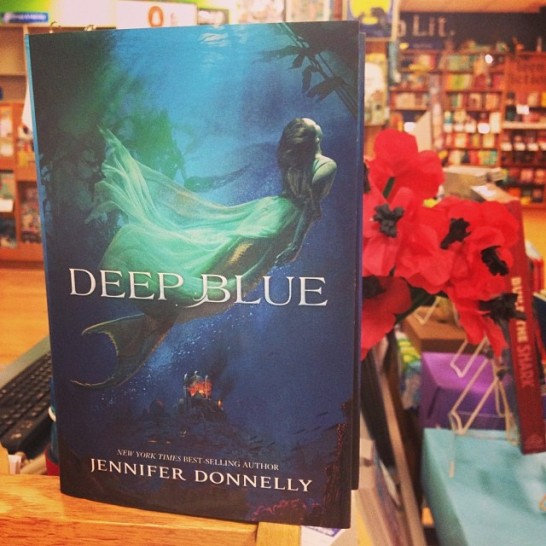 Waterfire Saga, Book One: Deep Blue by Jennifer Donnelly
When Serafina, a mermaid of the Mediterranean Sea, awakens on the morning of her betrothal, her biggest worry should be winning the love of handsome Prince Mahdi. And yet Sera finds herself haunted by strange dreams that foretell the return of an ancient evil. Led only by her shadowy dreams, Sera searches for five other mermaid heroines who are scattered across the six seas.