Willie Nelson. Thought-provoking sci-fi. Short stories. Novels. Thrillers. This and more is hitting shelves this week! Scroll down for more on these featured titles and follow this link to the full list!

“Willie Nelson is a national treasure. At different points in my life he has been my Shaman, my preacher, my teacher, my north, my south, my anchor and my friend. I put my faith in the music and the man.” – Eric Church

Following his bestselling memoir, It’s a Long Story, Willie Nelson now delivers his most personal and intimate thoughts and stories in Willie Nelson’s Letters to America.

From his opening letter “Dear America” to his “Dear Willie” epilogue, Willie digs deep into his heart and soul–and his music catalog–to lift us up in difficult times, and to remind us of the endless promise and continuous obligations of all Americans–to themselves, to one another, and to their nation.

In a series of letters straight from the heart, Willie sends his thanks and his thoughts to

Willie’s letters are rounded out with the moving lyrics to some of his most famous and insightful songs, including “Let Me Be a Man,” “Family Bible,” “Summer of Roses,” “Me and Paul,” and “Yesterday’s Wine.”

*A Most Anticipated Book by The Wall Street Journal, Entertainment Weekly, Lit Hub, Vulture, Esquire, Refinery29, and The Millions*

A college freshman, traveling home, strikesup an odd, ephemeral friendship with the couple next to her on the plane. A mother prepares for her son’s wedding, her own life unraveling as his comes together. A long-lost stepbrother’s visit to New York prompts a family’s reckoning with its old taboos. A wife considers the secrets her marriage once contained. An office worker, exhausted by the ambitions of the men around her, emerges into a gridlocked city one afternoon to make a decision.

In these eleven powerful stories, thrilling desire and melancholic yearning animate women’s lives, from the brink of adulthood to the labyrinthine path between twenty and thirty, to middle age, when certain possibilities quietly elapse. Tender, lucid, and piercingly funny, Objects of Desire is a collection pulsing with subtle drama, rich with unforgettable scenes, and alive with moments of recognition each more startling than the last—a spellbinding debut that announces a major talent.

Survive the Night: A Novel by Riley Sager

It’s November 1991. Nirvana’s in the tape deck, George H. W. Bush is in the White House, and movie-obsessed college student Charlie Jordan is in a car with a man who might be a serial killer.

Josh Baxter, the man behind the wheel, is a virtual stranger to Charlie. They met at the campus ride board, each looking to share the long drive home to Ohio. Both have good reasons for wanting to get away. For Charlie, it’s guilt and grief over the shocking murder of her best friend, who became the third victim of the man known as the Campus Killer. For Josh, it’s to help care for his sick father—or so he says.

The longer she sits in the passenger seat, the more Charlie notices there’s something suspicious about Josh, from the holes in his story about his father to how he doesn’t want her to see inside the trunk. As they travel an empty, twisty highway in the dead of night, an increasingly anxious Charlie begins to think she’s sharing a car with the Campus Killer. Is Josh truly dangerous? Or is Charlie’s jittery mistrust merely a figment of her movie-fueled imagination?

One thing is certain—Charlie has nowhere to run and no way to call for help. Trapped in a terrifying game of cat and mouse played out on pitch-black roads and in neon-lit parking lots, Charlie knows the only way to win is to survive the night.

Hell of a Book: A Novel by Jason Mott

An astounding work of fiction from a New York Times bestselling author Jason Mott, always deeply honest, at times electrically funny, that goes to the heart of racism, police violence, and the hidden costs exacted upon Black Americans, and America as a whole
In Jason Mott’s Hell of a Book, a Black author sets out on a cross-country publicity tour to promote his bestselling novel. That storyline drives Hell of a Book and is the scaffolding of something much larger and urgent: since Mott’s novel also tells the story of Soot, a young Black boy living in a rural town in the recent past, and The Kid, a possibly imaginary child who appears to the author on his tour.As these characters’ stories build and build and converge, they astonish. For while this heartbreaking and magical book entertains and is at once about family, love of parents and children, art and money, it’s also about the nation’s reckoning with a tragic police shooting playing over and over again on the news. And with what it can mean to be Black in America.

Who has been killed? Who is The Kid? Will the author finish his book tour, and what kind of world will he leave behind? Unforgettably told, with characters who burn into your mind and an electrifying plot ideal for book club discussion, Hell of a Book is the novel Mott has been writing in his head for the last ten years. And in its final twists it truly becomes its title. 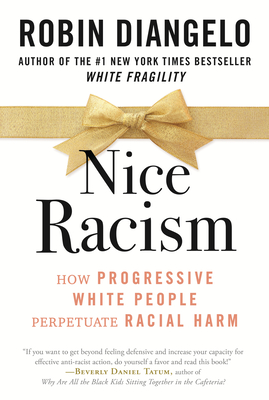 In White Fragility, Robin DiAngelo explained how racism is a system into which all white people are socialized and challenged the belief that racism is a simple matter of good people versus bad. DiAngelo also made a provocative claim: white progressives cause the most daily harm to people of color. In Nice Racism, her follow-up work, she explains how they do so. Drawing on her background as a sociologist and over 25 years working as an anti-racist educator, she picks up where White Fragility left off and moves the conversation forward.

Writing directly to white people as a white person, DiAngelo identifies many common white racial patterns and breaks down how well-intentioned white people unknowingly perpetuate racial harm. These patterns include:

• rushing to prove that we are “not racist”
• downplaying white advantage
• romanticizing Black, Indigenous and other peoples of color (BIPOC)
• pretending white segregation “just happens”
• expecting BIPOC people to teach us about racism
• carefulness
• and feeling immobilized by shame.

DiAngelo explains how spiritual white progressives seeking community by co-opting Indigenous and other groups’ rituals create separation, not connection. She challenges the ideology of individualism and explains why it is OK to generalize about white people, and she demonstrates how white people who experience other oppressions still benefit from systemic racism. Writing candidly about her own missteps and struggles, she models a path forward, encouraging white readers to continually face their complicity and embrace courage, lifelong commitment, and accountability.

Nice Racism is an essential work for any white person who recognizes the existence of systemic racism and white supremacy and wants to take steps to align their values with their actual practice. BIPOC readers may also find the “insiders” perspective useful for navigating whiteness. 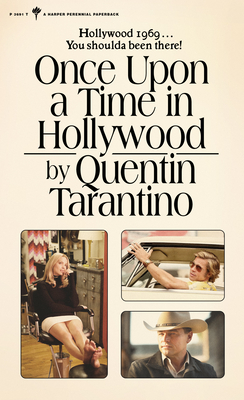 Once Upon a Time in Hollywood by Quentin Tarantino

Quentin Tarantino’s long-awaited first work of fiction — at once hilarious, delicious, and brutal — is the always surprising, sometimes shocking new novel based on his Academy Award- winning film.

RICK DALTON – Once he had his own TV series, but now Rick’s a washed-up villain-of-the week drowning his sorrows in whiskey sours. Will a phone call from Rome save his fate or seal it?

CLIFF BOOTH – Rick’s stunt double, and the most infamous man on any movie set because he’s the only one there who might have gotten away with murder. . . .

SHARON TATE – She left Texas to chase a movie-star dream, and found it. Sharon’s salad days are now spent on Cielo Drive, high in the Hollywood Hills.

CHARLES MANSON – The ex-con’s got a bunch of zonked-out hippies thinking he’s their spiritual leader, but he’d trade it all to be a rock ‘n’ roll star.

HOLLYWOOD 1969 – YOU SHOULDA BEEN THERE 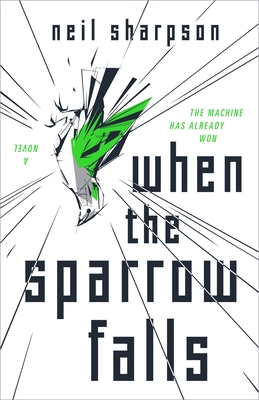 When the Sparrow Falls by Neil Sharpson

Life in the Caspian Republic has taught Agent Nikolai South two rules. Trust No One. And work just hard enough not to make enemies.
Here, in the last sanctuary for the dying embers of the human race in a world run by artificial intelligence, if you stray from the path – your life is forfeit. But when a Party propagandist is killed – and is discovered as a “machine” – he’s given a new mission: chaperone the widow, Lily, who has arrived to claim her husband’s remains.
But when South sees that she, the first “machine” ever allowed into the country, bears an uncanny resemblance to his late wife, he’s thrown into a maelstrom of betrayal, murder, and conspiracy that may bring down the Republic for good.

When the Sparrow Falls illuminates authoritarianism, complicity, and identity in the digital age, in a page turning, darkly-funny, frightening and touching story that recalls Philip K. Dick, John le Carré and Kurt Vonnegut in equal measure.

A Burning: A Novel by Megha Majumdar

The Evening and the Morning: A Novel by Ken Follett