This week’s new releases are all about revelations. Hear me out. One takes you behind the scenes of classic film, a few others reveal what it means to be a woman in and out of the spheres of power, and another’s a straight-up mystery that begs to be solved. Read on for more one these highly-anticipated new releases! 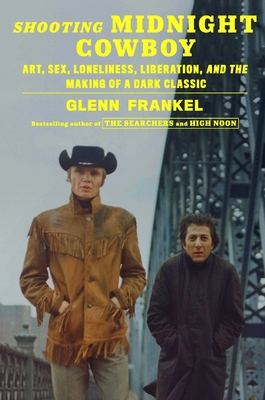 The Pulitzer Prize–winning journalist and New York Times–bestselling author of the behind-the-scenes explorations of the classic American Westerns High Noon and The Searchers now reveals the history of the controversial 1969 Oscar-winning film that signaled a dramatic shift in American popular culture.

Director John Schlesinger’s Darling was nominated for five Academy Awards, and introduced the world to the transcendently talented Julie Christie. Suddenly the toast of Hollywood, Schlesinger used his newfound clout to film an expensive, Panavision adaptation of Far from the Madding Crowd. Expectations were huge, making the movie’s complete critical and commercial failure even more devastating, and Schlesinger suddenly found himself persona non grata in the Hollywood circles he had hoped to conquer.

Given his recent travails, Schlesinger’s next project seemed doubly daring, bordering on foolish. James Leo Herlihy’s novel Midnight Cowboy, about a Texas hustler trying to survive on the mean streets of 1960’s New York, was dark and transgressive. Perhaps something about the book’s unsparing portrait of cultural alienation resonated with him. His decision to film it began one of the unlikelier convergences in cinematic history, centered around a city that seemed, at first glance, as unwelcoming as Herlihy’s novel itself.

Glenn Frankel’s Shooting Midnight Cowboy tells the story of a modern classic that, by all accounts, should never have become one in the first place. The film’s boundary-pushing subject matter—homosexuality, prostitution, sexual assault—earned it an X rating when it first appeared in cinemas in 1969. For Midnight Cowboy, Schlesinger—who had never made a film in the United States—enlisted Jerome Hellman, a producer coming off his own recent flop and smarting from a failed marriage, and Waldo Salt, a formerly blacklisted screenwriter with a tortured past. The decision to shoot on location in New York, at a time when the city was approaching its gritty nadir, backfired when a sanitation strike filled Manhattan with garbage fires and fears of dysentery.

Much more than a history of Schlesinger’s film, Shooting Midnight Cowboy is an arresting glimpse into the world from which it emerged: a troubled city that nurtured the talents and ambitions of the pioneering Polish cinematographer Adam Holender and legendary casting director Marion Dougherty, who discovered both Dustin Hoffman and Jon Voight and supported them for the roles of “Ratso” Rizzo and Joe Buck—leading to one of the most intensely moving joint performances ever to appear on screen. We follow Herlihy himself as he moves from the experimental confines of Black Mountain College to the theatres of Broadway, influenced by close relationships with Tennessee Williams and Anaïs Nin, and yet unable to find lasting literary success.

By turns madcap and serious, and enriched by interviews with Hoffman, Voight, and others, Shooting Midnight Cowboy: Art, Sex, Loneliness, Liberation, and the Making of a Dark Classic is not only the definitive account of the film that unleashed a new wave of innovation in American cinema, but also the story of a country—and an industry—beginning to break free from decades of cultural and sexual repression. 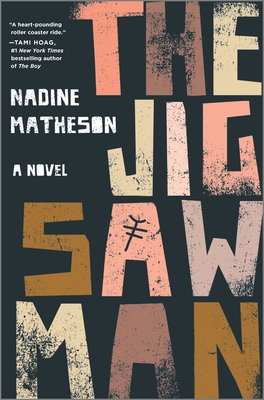 The Jigsaw Man: A Novel by Nadine Matheson

A serial killer and his copycat are locked in a violent game of cat and mouse. Can DI Anjelica Henley stop them before it’s too late?

On the day she returns to active duty with the Serial Crimes Unit, Detective Inspector Anjelica Henley is called to a crime scene. Dismembered body parts from two victims have been found by the river.

The modus operandi bears a striking resemblance to Peter Olivier, the notorious Jigsaw Killer, who has spent the past two years behind bars. When he learns that someone is co-opting his grisly signature–the arrangement of victims’ limbs in puzzle-piece shapes–he decides to take matters into his own hands.

As the body count rises, DI Anjelica Henley is faced with an unspeakable new threat. Can she apprehend the copycat killer before Olivier finds a way to get to him first? Or will she herself become the next victim?

Drawing on her experience as a criminal attorney, debut novelist Nadine Matheson delivers the page-turning crime novel of the year. Taut, vivid and addictively sinister, The Jigsaw Man will leave you breathless until the very last page.

Johnny Cash seemed like the stuff of legend when he was alive, and even more so as he achieved something close to sainthood in death. The interviews collected here bring us closer to the actual man: brilliant, falliable, introspective, and longing for redemption.

Mythmaker, philosopher, sinner, and saint, Johnny Cash is perhaps the quintessential American icon. Though often rebellious and unruly, he rarely spoke without intention, sincerity, and a bit of poetry. Together with an introduction by music critic Peter Guralnick, the interviews here spotlight that inimitable rhetorical style, and the fascinating diversity of subjects that made him as relatable as he was mysterious. From a hopped up early interview with Pete Seeger, to a meditation on sobriety, to the last interview in which he stares calmly into the face of death, this collection brings together decades of insight as deeply profound as the unforgettable baritone of The Man in Black himself. 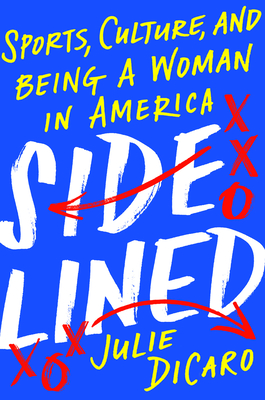 Sidelined: Sports, Culture, and Being a Woman in America by Julie DiCaro

Shrill meets Brotopia in this personal and researched look at women’s rights and issues through the lens of sports, from an award-winning sports journalist and women’s advocate

In a society that is digging deep into the misogyny underlying our traditions and media, the world of sports is especially fertile ground. From casual sexism, like condescending coverage of women’s pro sports, to more serious issues, like athletes who abuse their partners and face only minimal consequences, this area of our culture is home to a vast swath of gender issues that apply to all of us—whether or not our work and leisure time revolve around what happens on the field.

No one is better equipped to examine sports through this feminist lens than sports journalist Julie DiCaro. Throughout her experiences covering professional sports for more than a decade, DiCaro has been outspoken about the exploitation of the female body, the covert and overt sexism women face in the workplace, and the male-driven toxicity in sports fandom. Now through candid interviews, personal anecdotes, and deep research, she’s tackling these thorny issues and exploring what America can do to give women a fair and competitive playing field in sports and beyond.

Covering everything from the abusive online environment at Barstool Sports to the sexist treatment of Serena Williams and professional women’s teams fighting for equal pay and treatment, and looking back at pioneering women who first took on the patriarchy in sports media, Sidelined will illuminate the ways sports present a microcosm of life as a woman in America—and the power in fighting back.

Mona: A Novel by Pola Oloixarac

From the critically acclaimed author of Savage Theories and Dark Constellations comes Pola Oloixarac’s Mona, where success as a “writer of color” proves to be a fresh hell for a young Latin American woman at a literary conference in Sweden.

Mona, a Peruvian writer based in California, presents a tough and sardonic exterior. She likes drugs and cigarettes, and when she learns that she is something of an anthropological curiosity—a woman writer of color treasured at her university for the flourish of rarefied diversity she brings—she pokes fun at American academic culture and its fixation on identity.

When she is nominated for “the most important literary award in Europe,” Mona sees a chance to escape her downward spiral of sunlit substance abuse and erotic distraction, so she trades the temptations of California for a small, gray village in Sweden, close to the Arctic Circle. Now she is stuck in the company of all her jet-lagged—and mostly male—competitors, arriving from Japan, France, Armenia, Iran, and Colombia. Isolated as they are, the writers do what writers do: exchange compliments, nurse envy and private resentments, stab rivals in the back, and hop in bed together. All the while, Mona keeps stumbling across the mysterious traces of a violence she cannot explain.

As her adventures in Scandinavia unfold, Mona finds that she has not so much escaped her demons as locked herself up with them in the middle of nowhere. In Mona, Pola Oloixarac paints a hypnotic, scabrous, and ultimately jaw-dropping portrait of a woman facing down a hipster elite to which she does and does not belong. A survivor of both patronization and bizarre sexual encounters, Mona is a new kind of feminist. But her past won’t stay past, and strange forces are working to deliver her the test of a lifetime.

A magisterial portrait of Lady Bird Johnson, and a major reevaluation of the profound yet underappreciated impact the First Lady’s political instincts had on LBJ’s presidency.

In the spring of 1964, President Lyndon B. Johnson had a decision to make. Just months after moving into the White House under the worst of circumstances—following the assassination of President John F. Kennedy—he had to decide whether to run to win the presidency in his own right. He turned to his most reliable, trusted political strategist: his wife, Lady Bird Johnson. The strategy memo she produced for him, emblematic of her own political acumen and largely overlooked by biographers, is just one revealing example of how their marriage was truly a decades-long political partnership.

Perhaps the most underestimated First Lady of the twentieth century, Lady Bird Johnson was also one of the most accomplished and often her husband’s secret weapon. Managing the White House in years of national upheaval, through the civil rights movement and the escalation of the Vietnam War, Lady Bird projected a sense of calm and, following the glamorous and modern Jackie Kennedy, an old-fashioned image of a First Lady. In truth, she was anything but. As the first First Lady to run the East Wing like a professional office, she took on her own policy initiatives, including the most ambitious national environmental effort since Teddy Roosevelt. Occupying the White House during the beginning of the women’s liberation movement, she hosted professional women from all walks of life in the White House, including urban planning and environmental pioneers like Jane Jacobs and Barbara Ward, encouraging women everywhere to pursue their own careers, even if her own style of leadership and official role was to lead by supporting others.

Where no presidential biographer has understood the full impact of Lady Bird Johnson’s work in the White House, Julia Sweig is the first to draw substantially on Lady Bird’s own voice in her White House diaries to place Claudia Alta “Lady Bird” Johnson center stage and to reveal a woman ahead of her time—and an accomplished politician in her own right.