First things first: have you voted yet? Austin and Texas voters, get all the crucial last minute info you need here. Readers from outside of Texas, find your polling place, see what’s on the ballot, and more on this page. As much as we love votes, everyone here at BookPeople wants you to get out and make your voice heard at the polls.

Once you’ve done that, feel free to scroll down for new releases on our shelves today!

Bring Me the Head of Quentin Tarantino: Stories by Julián Herbert

In this madcap, insatiably inventive, bravura story collection, Julián Herbert brings to vivid life people who struggle to retain a measure of sanity in an insane world. Here we become acquainted with a vengeful “personal memories coach” who tries to get even with his delinquent clients; a former journalist with a cocaine habit who travels through northern Mexico impersonating a famous author of Westerns; the ghost of Juan Rulfo; a man who discovers music in his teeth; and, in the deliriously pulpy title story, a drug lord who looks just like Quentin Tarantino, who kidnaps a mopey film critic to discuss Tarantino’s films while he sends his goons to find and kill the doppelgänger that has colonized his consciousness. Herbert’s astute observations about human nature in extremis feel like the reader’s own revelations.

The antic and often dire stories in Bring Me the Head of Quentin Tarantino depict the violence and corruption that plague Mexico today, but they are also deeply ruminative and layered explorations of the narrative impulse and the ethics of art making. Herbert asks: Where are the lines between fiction, memory, and reality? What is the relationship between power, corruption, and survival? How much violence can a person (and a country) take? The stories in this explosive collection showcase the fevered imagination of a significant contemporary writer. 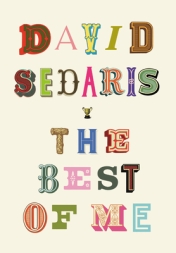 The Best of Me by David Sedaris

David Sedaris’s best stories and essays, spanning his remarkable career—as selected by the author himself

For more than twenty-five years, David Sedaris has been carving out a unique literary space, virtually creating his own genre. A Sedaris story may seem confessional, but is also highly attuned to the world outside. It opens our eyes to what is at absurd and moving about our daily existence. And it is almost impossible to read without laughing.

Now, for the first time collected in one volume, the author brings us his funniest and most memorable work. In these stories, Sedaris shops for rare taxidermy, hitchhikes with a lady quadriplegic, and spits a lozenge into a fellow traveler’s lap. He drowns a mouse in a bucket, struggles to say “give it to me” in five languages, and hand-feeds a carnivorous bird.

But if all you expect to find in Sedaris’s work is the deft and sharply observed comedy for which he became renowned, you may be surprised to discover that his words bring more warmth than mockery, more fellow-feeling than derision. Nowhere is this clearer than in his writing about his loved ones. In these pages, Sedaris explores falling in love and staying together, recognizing his own aging not in the mirror but in the faces of his siblings, losing one parent and coming to terms—at long last—with the other.

Taken together, the stories in TheBest of Me reveal the wonder and delight Sedaris takes in the surprises life brings him. No experience, he sees, is quite as he expected—it’s often harder, more fraught, and certainly weirder—but sometimes it is also much richer and more wonderful.

Full of joy, generosity, and the incisive humor that has led David Sedaris to be called “the funniest man alive” (Time Out New York), The Best of Me spans a career spent watching and learning and laughing—quite often at himself—and invites readers deep into the world of one of the most brilliant and original writers of our time. 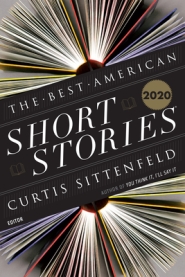 “To read their stories felt to me the way I suspect other people feel hearing jazz for the first time,” recalls Curtis Sittenfeld of her initial encounter with the Best American Short Stories series. “They were windows into emotions I had and hadn’t had, into other settings and circumstances and observations and relationships.” Decades later, Sittenfeld was met by the same feeling selecting the stories for this year’s edition. The result is a striking and nuanced collection, bringing to life awkward college students, disgraced public figures, raunchy grandparents, and mystical godmothers. To read these stories is to experience the transporting joys of discovery and affirmation, and to realize that story writing in America continues to flourish. 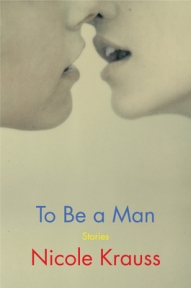 To Be a Man: Stories by Nicole Krauss

In this dazzling collection of short fiction, the National Book Award Finalist and New York Times bestselling author of The History of Love—“one of America’s most important novelists and an international literary sensation” (New York Times)—explores what it means to be in a couple, and to be a man and a woman in that perplexing relationship and beyond.

In one of her strongest works of fiction yet, Nicole Krauss plunges fearlessly into the struggle to understand what it is to be a man and what it is to be a woman, and the arising tensions that have existed from the very beginning of time. Set in our contemporary moment, and moving across the globe from Switzerland, Japan, and New York City to Tel Aviv, Los Angeles, and South America, the stories in To Be a Man feature male characters as fathers, lovers, friends, children, seducers, and even a lost husband who may never have been a husband at all.

The way these stories mirror one other and resonate is beautiful, with a balance so finely tuned that the book almost feels like a novel. Echoes ring through stages of life: aging parents and new-born babies; young women’s coming of age and the newfound, somewhat bewildering sexual power that accompanies it; generational gaps and unexpected deliveries of strange new leases on life; mystery and wonder at a life lived or a future waiting to unfold. To Be a Man illuminates with a fierce, unwavering light the forces driving human existence: sex, power, violence, passion, self-discovery, growing older. Profound, poignant, and brilliant, Krauss’s stories are at once startling and deeply moving, but always revealing of all-too-human weakness and strength.

A stunningly original new novel exploring race, truth in authorship, and the legacy of past exploitation, from the Windham-Campbell lifetime achievement award winner

When Zoë Wicomb burst onto the literary scene in 1987 with You Can’t Get Lost in Cape Town, she was hailed by her literary contemporaries and reviewers alike. Since then, her carefully textured writing has cemented her reputation as being among the most distinguished writers working today and earned her one of the inaugural Windham Campbell Prizes for Lifetime Achievement in Fiction Writing.

Wicomb’s majestic new novel Still Life juggles with our perception of time and reality as Wicomb tells the story of an author struggling to write a biography of long-forgotten Scottish poet Thomas Pringle, whose only legacy is in South Africa where he is dubbed the “Father of South African Poetry.” In her efforts to resurrect Pringle, the writer summons the specter of Mary Prince, the West Indian slave whose History Pringle had once published, along with Hinza, his adopted black South African son.

At their side is Sir Nicholas Green, a seasoned time traveler (and a character from Virginia Woolf’s Orlando). Their adventures, as they travel across space and time to unlock the mysteries of Pringle’s life, offer a poignant exploration of colonial history and racial oppression.

The Secret Commonwealth by Philip Pullman

I Am C-3PO by Anthony Daniels