A look at upcoming titles our booksellers are excited about, and a reminder that you can always pre-order from your local indie at bookpeople.com! 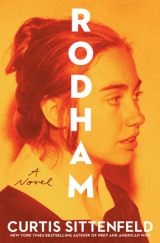 “I’M OBSESSED. Sittenfeld has created a nuanced character portrait and an explosive page-turner speculating what would have happened if Hillary and Bill had broken up and not gotten married. This ultimate what-if leads the novelized Hillary down some very surprising paths that you will want to travel with her.” – Consuelo 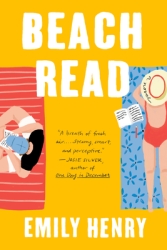 “I can’t get over how much I loved this book. Beach Read hits all the beats of a romantic comedy and will delight fans of the genre, but there is also an undercurrent of melancholy and family secrets that adds a unique twist. Maybe it’s a cliche to say “I laughed, I cried,” but in this case it’s very true. I laughed out loud several times and was a sobbing mess near the end. This is the perfect summer read (or really for any time of year).” – Olivia 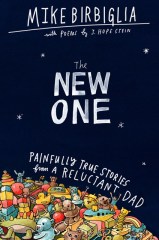 “Hilarious and heartfelt reflection on parenthood and the insecurities that come with it. Mike Birbiglia’s sense of humor never disappoints and this is certainly no exceptions.” – MK

A Declaration of the Rights of Magicians by H.G. Parry, releases June 23rd! Preorder here

“Books like H. G. Parry’s new novel, A Declaration of the Rights of Magicians, are what keep me in love with historical fantasy. This is a perfect summer read–crisp prose, excellent world building, and page-turning action. Parry sets readers firmly in the tempestuous world of England and France at the end of the eighteenth century–a time when revolution is in the air. Here, though, magic, and who is entitled to lawfully wield it–Aristocrats only–serves to foment discord among French and English Commoners. Shadowy beings are gathering as well, adding to the disquiet. Enter historical personages such as William Pitt the Younger, William Wilberforce, Camille Desmoulins, and Robespierre who must consider just what are the rights of magicians and how to go about claiming that freedom.” – Christine

“This is an announcement of a great new voice in the genre that promises only to get better. S.A. Cosby delivers all the tropes we love, roaring through its tight plot like the Duster of its hero. His action is visceral and clean, dialogue sharp and believable, and characters utterly human.” – Scott M. 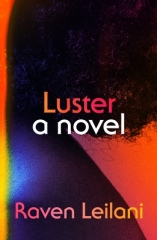 “This novel was SO SO JUICY! I could not put it down, which naturally had me going skimming the pages like a knife with butter. Edie the main character is in her young 20s’ trying to find herself and make a stamp on the world. Through the the story I found myself in complete shock with Edie’s promiscuity. Each chapter I began to understand the complexity of the main character. Edie, a very self-aware, self-destructive, self-deprecating, and impulsive individual had me laughing during passages of her inner thoughts about the things she COULD do, but of course stopped herself due to what little moral compass she has. This novel is definitely a must read.” – R.C.

“Yes! Here it is! The exuberant, deeply fun, quasi-psychadelic, mind-melting, heart-throbbing follow-up to everyone’s favorite necromantic doom-o. While in Gideon the Ninth we found a fairly straightforward murder mystery, within Harrow lies more of a memory puzzle in the style of Memento. Clues abound but can’t be put together and memories surface that don’t quite add up, all while Harrow does her best to get through Lyctor training, fend off constant threats to her life, and protect the Emperor’s life/fate of the known universe. This book is certainly a case of “the less you know the better” but I appreciated the advice from coworkers to stick with it through Harrow’s brain mud — trust me when I say that the payoff is worth it. I’m officially obsessed with this series.” – Molly