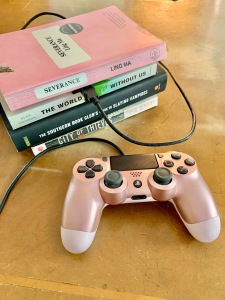 Hey, fellow gamers! Are you mourning the push backs of those highly-anticipated 2020 titles? If you’re anything like me, you’ve been watching the days and hours tick down on that Last of Us II pre-order with unbridled excitement, maybe playing through the remaster for the twentieth time with your eyes closed, trying to mop up all those pesky remaining challenges (have to unlock ALL the outfits, right? Joel needs more plaid!). Maybe you’re re-watching the E3 launch trailer for Cyberpunk 2077 one more time, just to make sure you’ve taken in the full glory of Johnny Silverhand.

Or maybe you’ve been thinking long and hard about what sort of clan you’re going to choose when Vampire: The Masquerade — Bloodlines 2 finally emerges from the dawn (or, rather, moonlight).

In any case, you’ve finished crushing heads in Doom: Eternal and I KNOW you’ve finished Resident Evil 3 (five hours of playtime, Capcom?!) — and that’s cool, that’s cool. But there’s still so long to go before all the fresh, exciting content!!

Never fear, I’ve got a list of books and comics coming your way that will get you through the long summer wait in no time. 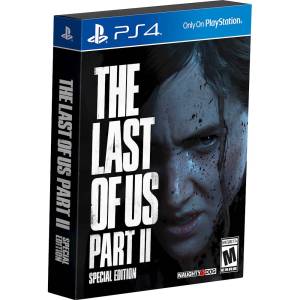 For fans of The Last of Us II

The things we love about The Last of Us come from its heart: the brutal story and the loving way that it’s told. The second installment of Ellie’s journey is sure to be just as killer, and the gameplay alone looks like a fever dream of impossibly immersive mechanics. While we wait for that elusive release, here are some end-of-world wonders to keep your mind and heart well occupied. 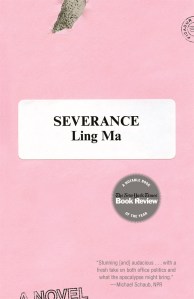 Fungal spores anyone? This is a newer and moodier look into the zombie apocalypse where instead of clickers, and runners, and lumbering bloaters, the zombified masses become a slave to mindlessness. They sink into an eternal repetition of the most familiar and mundane tasks until they literally waste to dust.

Candace used to oversee the production of Bibles in her old life but now, as one of the few survivors of “Shen Fever,” she struggles to find her place in a tense and mismatched group as they flee New York. This book does something that The Last of Us got right on the money: despite horror, despite violence, despite everything, the most important endeavor in zombie times is the search for humanity, for compassion, and for meaning.

“Interweaving history, original reportage, and personal narrative, Pandemic explores the origins of epidemics, drawing parallels between the story of cholera—one of history’s most disruptive and deadly pathogens—and the new pathogens that stalk humankind today, from Ebola and coronaviruses to drug-resistant superbugs.” — soniahshah.com

The wonderful thing about this incredible book is that it actually culminates into a greater message about the resilience of the collective us. It’s scary out there and this is far from a comfort read, but there is such immense satisfaction in feeling armed with information! And also knowing that in the face of all these microscopic obstacles, we will endure and survive. 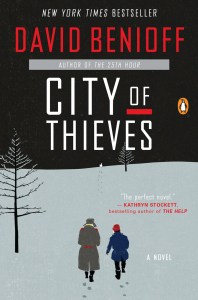 City of Thieves by David Benioff

We’re not going to talk about Game of Thrones. Season 7 is dead to us and it never happened and that is fine. However, my oh my, did Benioff write a darkly, desperately, hilariously fantastic read! Cited by our main man, Niel Druckman himself as one of the two major influences for The Last of Us narrative.

Set in Russia during the siege of Leningrad, this story follows Lev, a clever but introverted teen, who makes a mistake that lands him in wartime prison. A colonel of the Russian army offers Lev a deal to spare his life: he must find a dozen eggs in time to make a cake for the colonel’s daughter’s birthday. In a city so starved that men and women must literally strip the glue from their books and boil them for food, finding a living chicken seems laughably impossible. But Lev is going to try!

Listen, I know the siege of Leningrad is one of the grimmest scenes of the 20th century, but honestly this book is funny. No really, it’s funny. Did I mention Lev gets a moony-swoony, joke-loving poet for a sidekick?

The World Without Us by Alan Weisman

This is the other major influence Neil Druckman frequently references as high inspiration for The Last of Us world. With all those overgrown office buildings and flooded urban streets, it is amazing how quickly and how thoroughly nature would reclaim what once belonged to it. This book dives right into the nit and grit of how and why that happens. A “morbidly fascinating nonfiction eco-thriller” says The New York Times, and I couldn’t agree more! You will emerge from this book with such a respect not only for the power of nature to thrive but also for human ingenuity, the invisible forces of people working every day to maintain the integrity of the very streets we walk on, the homes we live in, everything that keeps us safe, and well, and able to keep gaming all our favorite games. 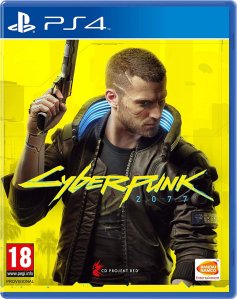 Are you a strong solo or a netrunner? Is face-to fist-melee your style or do you prefer hacking your enemies into submission with black market cyberware? Very important questions to consider, and with the push back of Cyberpunk 2077‘s release date you’ve got lots of time to think it over. While you’re thinking… 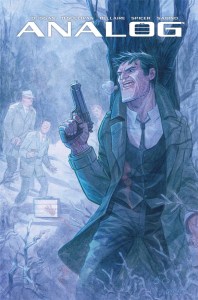 This comic series has everything you’re looking for! In the year 2024, the internet is no longer a safe place to send or store sensitive information of any kind. Thus, the “Paper Jockeys” emerge to serve: Weaponized couriers who will guard and transport your special papers anywhere around the world — for a price. Funny, and dark, and surprising, you’ll have a blast with this dystopian thrill. 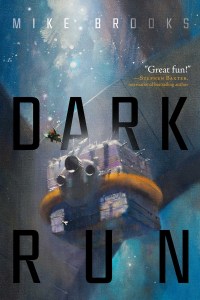 A deluge of “recommended for Firefly fans!” follows this book everywhere it goes — and, let’s face it, that would be recommendation enough! But this book has also got that mercenary, scoundrel-for-hire, do-or-die, futuristic-questing-through-the-front-lines-of-danger kind of vibe that Cyberpunk also seems to promise. And if you’re like me, you could always use a good space opera in your life.

The character creator and class system (or rather, hybridization of class systems) in Cyberpunk reminds me so much of the Mass Effect series, which in turn reminds me of Dark Run, and so here it is on this list. Honestly, if the words Firefly, Mass Effect, and “space scoundrel,” doesn’t get you hooked, you aren’t the gamer I think you are.

The newest collection of short stories from a sci-fi king. If you haven’t heard of Ted Chiang yet, I am so excited for you because you get to discover him for the first time! (Though, if you’ve seen the movie Arrival, you are a bit more familiar with him than you think, as his novella “Story of Your Life” was the basis for that film).

In Exhalation there are stories of time travel, and automaton nannies, and digital memories, and this one about a “predictor” button which is a scientific experiment that pummels away at the question of free will until people are forced to reconcile with the idea that their choices are not their own. It’s real good. This is a book of strange futures and some of our favorite sci-fi pleasers, but Chiang is a step above the rest. His writing has that beautiful, winding, philosophical texture that takes you through all the nuances of what it means to be alive.

Do I have your attention? Good!

A quirky, high-flying space romp with a rag tag crew, evil empire bad guys, and a super weapon that may or may not have destroyed the earth we once called home. But, you ask, what does this have to do with Cyberpunk? Shhhhhh. Space dinosaur. 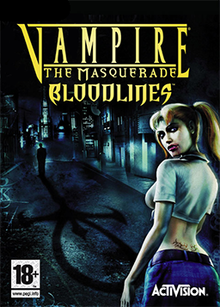 For Fans of Vampire: The Masquerade — Bloodlines 2

There are so many things to look forward to in this follow-up to the 2004 cult classic — clan wars and blood-magic, prancing around the dance floor as a sexy Toreador (be honest, you can’t wait to see the new dance moves) — and after waiting so many years for this title it’s a wrench to watch that release date slip into that vague void of “sometime later in 2020.” But while you’re cycling through E3 footage and trying to figure out exactly how many romance-able characters there are, kick back with some of these gory, fiendish gems.

The nostalgia is real when playing Bloodlines. As a child of the 90’s, I was teen-ing all through the early 2000’s and vampire mischief just spoke to me on a spiritual level. Grady Hendrix is so good with the nostalgia too, he folds it into every page of this witty, devious take on the classic, suburban vampire trope.

Patricia Campbell is a stay at home mom struggling to find time for herself, and the only think keeping her going is her book club. Things take a turn when an elderly neighbor goes feral and attacks her in the night by the garbage cans . Then arrives the neighbor’s nephew. He is handsome and charming and quite a dream, but… is he everything he seems? Instead of pledging allegiance to the Brujahs, or the Makavians, lay down your loyalty to this ladies’ book club! You won’t regret it. Actually, do you think we could send a letter to Troika Games and get them to add a new playable clan?

“Carrion Comfort is one of the three greatest horror novels of the 20th century. Simple is that.” This is straight from Stephen King himself, so you know you’re in for a legendary ride.

There is a secret order of evil in the world, and has been all throughout history. They are a clan of psychic, vampire-like mega villains who use their “ability” to telepathically control people into doing their terrible, destructive bidding — using people as puppets in proxy wars, pitting them against each other like roosters in a prize fight, even using them as literal human pawns in a life-sized chess match. From Nazi Germany to 1980’s Charleston, a series of investigators and do-gooders looking for answers will endeavor to uncover the truth behind a series of bizarre murders, only to get themselves caught in something much bigger and more nefarious than they ever could have imagined.

And there you have it! Hope these titles will ease your anticipation nerves and get you rolling through a whole new series of adventures! Stay safe, stay healthy, wash your hands, and git gud.

All of these titles and more are now available to purchase online through BookPeople today.

Lindsey M. is a full-time bookseller and event host whose a fan of video games, literary fiction, and is an aspiring MFA candidate.