Every once in a while a title comes along that sweeps us off our feet, I mean, totally takes booksellers by storm, and in this early part of the year it’s Brandon Taylor’s Real Life. The first full-length novel from Taylor is a startlingly intimate look at the interior life of a gay Black man confronting his buried history over the course of one summer weekend. We’re honored to publish here, ahead of publication day, bookseller Raven R.’s, impassioned review of Real Life.

Real Life is imbued with an ambiance of vulnerability that left me trembling until the final scene. The protagonist, Wallace, first appears as an introverted graduate student whose main focus is getting through the heavy workload required of him. He is studying bio-chemistry at a Midwestern university, and although he has a somewhat close circle of friends, his constrained nature keeps them at a distance. He chooses this graduate program because he is running away from his former life, but Wallace is not without new struggles, chief among them, being a gay, Black man among a majority white cohort. Throughout the course of a weekend, relationships are challenged and Wallace approaches an inexorable breaking point with his past and whether his life in graduate school is what’s truly best for him.

This story had me fucked. Taylor’s writing is the kind you feel coursing through your body and mind, molding into the part of yourself you can’t quite describe. The visuals were as sharp as a Scorsese shot and as radical as a Spike Lee film. 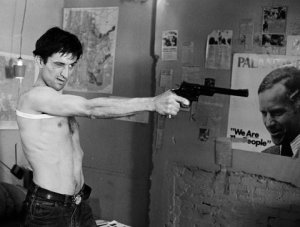 “The visuals were as sharp as a Scorsese shot and as radical as a Spike Lee film.”

Wallace’s reserved nature meshed with the seemingly careless actions from his classmates, created a translucent tension within each interaction. There were many moments of frustration where I literally had to put the book down and take a breath for a moment! As the only gay person of color in the graduate program, Wallace’s reserved senses are drowned with racially facile conversations and subconscious pains. He had a myriad of inner hesitations vocalizing his frustrations to his friends, he thinks “If he makes a point of this Emma will shake her head. She will refuse it. She will say that he’s pitying himself, that he’s not special. That he is not alone in his feeling of inadequacy.” There is this constant tug of war that Wallace has: the value he holds for his own feelings against the normalization of silence among friends who witness these racist moments. After a tense dinner party with these friends that result in an outburst from one of the boyfriends, on top of another guest comparing the word “deficiency” with Wallace’s blackness, a character that he has grown close to tries to comfort him about it. Wallace rejects his sympathetic gestures: “He does not want to get swallowed up by it again, by this way of looking at things without looking at them, by this oblique shadow-speak.”

holds inside himself. There is much we don’t know about him from the beginning into the last quarter of the story. He believes that the best way to leave your past behind is to occlude the memories and any connected feelings. The mysteries behind Wallace’s decisions and mental scars aren’t necessarily disguised from the readers, but buried so low in the ground that each page is like digging deeper and moving closer to his self-made coffin of traumas. Wallace’s language is often acute and lacks emotional complexity, but this emphasizes the shield around him. Wallace thinks, “The past is not a receding horizon. Rather, it advances one moment at a time, marching steadily forward until it has claimed everything and we become again who we were; we become ghosts when the past catches us. I can’t live as long as my past. It’s one or the other.”

“Brandon Taylor skillfully outlines the delicate balance of pain and pleasure that Wallace holds inside himself.”

Finishing Real Life, I sat with the weight of Taylor’s melancholic prose and the final impressions of Wallace’s life. The novel will invoke awareness on white privilege and inherent trauma within African American culture, while leaving questions only the individual reader can answer. Even in the middle of a crazy schedule and a momentary reading slump, I devoured this novel. Partly, because it’s a tough narrative to journey through; but also, the story has a quick pace to it that leaves you wanting more, page after page. When I read something so full of feeling and truth to the moment and its characters, I can almost feel an echo of the words for a few seconds within my head; like a moment is needed for me to completely fade out of the scene that so perfectly compelled my attention. I’ll leave you with this:

‘Thank you,’ Miller said, and he drank it all in one big gulp with his eyes closed, as if in ecstasy.'”

To this, I say: hot damn, and to you readers out there, I implore you to buy the next best debut of the year. For now, I can only wait in anticipation for what else Brandon Taylor has in store for the world.

Brandon Taylor’s Real Life publishes February 18th. You can pre-order it online today or pick it up tomorrow when you visit us in-store.

Raven R. is a passionate reader and part-time bookseller and gifts inventory manager at BookPeople. She also co-moderates BookPeople’s chapter of the Well Read Black Girl Book Club that meets every first Tuesday of the month on BookPeople’s third floor.

About Brandon Taylor: Brandon Taylor is the senior editor of Electric Literature’s Recommended Reading and a staff writer at Literary Hub. His writing has earned him fellowships from Lambda Literary Foundation, Kimbilio Fiction, and the Tin House Summer Writer’s Workshop. He holds graduate degrees from the University of Wisconsin-Madison and the University of Iowa, where he was an Iowa Arts Fellow at the Iowa Writers’ Workshop in fiction.