The second week of the New Year is bringing us some outstanding new releases — among them, a poetry collection from a National Book Award finalist, newly un-earthed stories from a legend of the Harlem Renaissance, and a “powerful portait” of Silicon Valley. Discover your next read here! 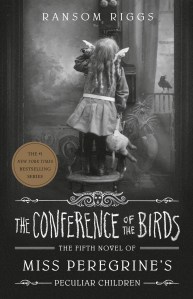 The Conference of the Birds by Ransom Riggs

Following the events of the bestselling Map of Days, The Conference of the Birds continues the story of Jacob Portman, diving deeper into the previously unexplored world of American peculiars, one bursting with new questions, new allies, and new adversaries.

This is a totally un-missable title and we’ have the honor of hosting Riggs on Monday, January 20th at 7PM, when he’ll be in-store talking us up about all things peculiar.

Grab a signing line ticket today with a purchase of The Conference of the Birds!

Running Against the Devil by Rick Wilson

Rick Wilson brings his experience, insight, knowledge, and signature humor in his new book, Running Against the Devil.

Structured as a playbook for 2020, the longtime Republican strategist shows Democrats how to deploy what they’ve learned in the past two years, what the President’s weak spots are, what the rules of the 2020 election reality show will be, and where and how to reach the all-important swing voters.

A sharply funny and brutally honest assessment of both Trump’s abysmal, destructive record, and of the pitfalls for Democrats that lie ahead, Running Against the Devil lays out Wilson’s brutally honest road map to saving America from Donald Trump.

Hear more about Wilson’s takes when he stops by BookPeople on February 10th at 7PM to discuss and sign his latest.

We love poetry here at BookPeople and Homie by National Book Award- finalist Danez Smith is a cause for major celebration!

With Homie, Smith has fabricated a magnificent anthem about the saving grace of friendship. Rooted in the loss of one of Smith’s close friends, this book comes out of the search for joy and intimacy within a nation where both can seem scarce and getting scarcer. Smith acknowledges that in a country overrun by violence, xenophobia, and disparity, and in a body defined by race, queerness, and diagnosis, it can be hard to survive, even harder to remember reasons for living. But then the phone lights up, or a shout comes up to the window, and family—blood and chosen—arrives with just the right food and some redemption.

Part friendship diary, part bright elegy, part war cry, Homie is the exuberant new book written for Danez and for Danez’s friends and for you and for yours. This disarming and tender collection is something we all need right now.

Anna Wiener’s Uncanny Valley has us buzzing. This debut memoir traces Wiener’s path from being a half-broke twenty-something to being an integral player in a Silicon Valley startup at a point when the entire industry was undergoing a massive cultural shift.

She landed in a world of surreal extravagance, dubious success, and fresh-faced entrepreneurs hell-bent on domination, glory, and, of course, progress. But amid the company ski vacations and in-office speakeasies, boyish camaraderie and ride-or-die corporate fealty, a new Silicon Valley began to emerge: one in far over its head, one that enriched itself at the expense of the idyllic future it claimed to be building.

A fan among many at the store, Inventory Manager, Molly M., says, “[Wiener] writes her observations with clarity, non-judgment, and a deep appreciation for the drive, intelligence, and positivity that permeates the San Francisco workforce…It’s a powerful portrait that asks millions of questions — and invites even more.”

Take your own peek into this world today! 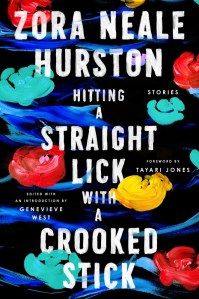 Bow down before one of the queens of the Harlem Renaissance. Zora Neale Hurston’s Hitting a Straight Lick with a Crooked Stick collects an astounding mix of stories about love and migration, gender and class, racism and sexism that proudly reflect African American folk culture.

Brought together for the first time in one volume, they include eight of Hurston’s “lost” Harlem stories, which were found in forgotten periodicals and archives. These stories challenge conceptions of Hurston as an author of rural fiction and include gems that flash with her biting, satiric humor, as well as more serious tales reflective of the cultural currents of Hurston’s world. All are timeless classics that enrich our understanding and appreciation of this exceptional writer’s voice and her contributions to America’s literary traditions.

Get excited for this brand new cylce of books by the one and only Adam Silvera. With Infinity Son, Silvera introduces a brand new series about a magical war, generations in the making. A conflict where brotherhood, love, and loyalty will be put to the test, and no one will escape the fight unscathed.

In this first installment, we are introduced to Emil and Brighton, a pair of brothers who become unwittingly thrust into the war between the Spell Walkers and Specters (one faction dedicated to preserving the livelihood of beings with supernatural powers and the other into taking them) after one of them, Emil, manifests a power that shouldn’t be possible: phoenix fire—a power that only a specter could have.

Convinced that he is the key to finally ending the war, the Spell Walkers want Emil to join their ranks, and they’re willing to take Brighton too if that’s his condition. For Brighton—even if he’s powerless—the chance to fight specters with his heroes is a dream come true. For Emil, the constant fighting—and the painful new power—is a waking nightmare. Much as they hate to admit it, the brothers are faced with an undeniable fact: one of them has what it takes to be a hero, but it’s not the one who desperately wants it. Get in on the series today and begin what is sure to be a dazzling series!

In the highly anticipated follow-up to his beloved debut, What Belongs to You, Garth Greenwell deepens his exploration of foreignness, obligation, and desire. It’s been championed by bookstagrammers far and wide, an author or two (we see you, Stephanie Danler), and our staff is excited to finally get into this one.

Set in Sophia, Bulgaria, a place stirring with hope and impending upheaval, as an American teacher prepares to leave the place he’s come to call home, he grapples with the intimate encounters that have marked his years abroad, each bearing uncanny reminders of his past.

A queer student’s confession recalls his own first love, a stranger’s seduction devolves into paternal sadism, and a romance with another foreigner opens, and heals, old wounds. Each echo reveals startling insights about what it means to seek connection: with those we love, with the places we inhabit, and with our own fugitive selves.

In exacting, elegant prose, he transcribes the strange dialects of desire, cementing his stature as one of our most vital living writers. Get a copy today! 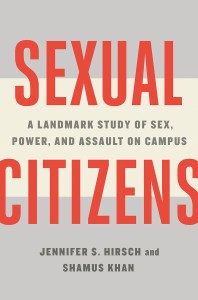 Sexual Citizens presents a groundbreaking study that transforms how we see and address the most misunderstood problem on college campuses: widespread sexual assault.

Drawing on the Sexual Health Initiative to Foster Transformation (SHIFT) at Columbia University, the most comprehensive study of sexual assault on a campus to date, Jennifer S. Hirsch and Shamus Khan present an entirely new framework that emphasizes sexual assault’s social roots—transcending current debates about consent, predators in a “hunting ground,” and the dangers of hooking up.

Through the powerful concepts the authors offer a new and widely-accessible language for understanding the forces that shape young people’s sexual relationships. Empathetic, insightful, and far-ranging, Sexual Citizens transforms our understanding of sexual assault and offers a road map for how to address it. 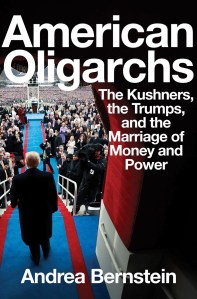 Tump. Kushner. Two family names that have very quickly become tied to the rising nationalism and inequality that has pushed the United States to the brink of oligarchy.

In American Oligarchs, award-winning investigative journalist Andrea Bernstein tells the story of these families like never before — stretching from the Klondike Gold Rush, through Nazi-occupied Poland and across the American Century, to our new gilded age, she brings to light new information about the families’ arrival as immigrants to America, their paths to success, and the business and personal lives of the president and his closest family members.

Bernstein traces how the two families ruthlessly harnessed New York and New Jersey machine politics to gain valuable tax breaks and grew rich on federal programs that bolstered the middle class. She shows how the Trump Organization, denied credit by American banks, turned to shady international capital. She reveals astonishing new details about Charles Kushner’s attempts to ensnare his brother-in-law with a prostitute and explores how Jared Kushner and his father used a venerable New York newspaper to bolster their business empire.

Drawing on more than two hundred interviews and more than one hundred thousand pages of documents, the result is a compelling narrative that details how the Trump and Kushner dynasties encouraged and profited from a system of corruption, dark money, and influence trading, and that reveals the historical turning points and decisions—on taxation, regulation, white-collar crime, and campaign finance laws—that have brought us to where we are today.

That’s it for this week! These titles and many more are available for purchase in-store and online now from BookPeople. And you can browse our complete selection of new releases when you stop by BookPeople.