If you’re like us, you’ll most likely be towing a book along to the Thanksgiving festivities later this week. Once the turkey’s settled and your family and friends turn on the big football game, you’ll probably want to cozy up with a good read and, lucky for you, we’ve got a few new titles that’ll make it that much easier to escape the doldrums of post-feast lazy time. Read on for a few new titles to check out this holiday!

America for Americans by Erika Lee

The latest from Award-winning historian Erika Lee re-frames our continuing debate over immigration with a compelling history of xenophobia in the United States and its devastating impact.

In America for Americans, Erika Lee shows that an irrational fear, hatred, and hostility toward immigrants has been a defining feature of our nation from the colonial era to the Trump era. Benjamin Franklin ridiculed Germans for their “strange and foreign ways.” Americans’ anxiety over Irish Catholics turned xenophobia into a national political movement. Chinese immigrants were excluded, Japanese incarcerated, and Mexicans deported.

Today, Americans fear Muslims, Latinos, and the so-called browning of America. This title will help explain how xenophobia works, why it has endured, and how it threatens America — an absolutely indispensable guide.

The Princess in Black and the Bathtime Battle by Shannon Hale, Dean Hale, & LeUyen Pham (illustrator)

The Princess in Black is back, everybody…and something sure smells like trouble.

A foul cloud is plaguing the goat pasture, and it smells worse than a pile of dirty diapers or a trash can on a hot summer day. But every time the Princess in Black and her friend the Goat Avenger manage to get rid of the odor, they accidentally blow it to another kingdom! Other masked heroes and their trusty companions show up to help, but how do you battle a stench when your ninja moves fail? Fans with a nose for slapstick will be tickled to see the six stalwart friends join their wits to take on an impossibly beastly stink.

Catch up on the latest adventure from one of our favorite masked crusaders now! 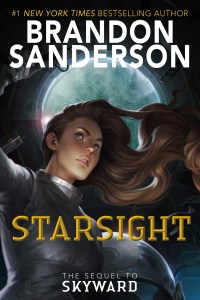 Bestselling author of the Mistborn trilogy, the Reckoners series, The Stormlight Archive, Brandon Sanderson returns with a brand new sequel to Skyward.

In Starsight we follow Spensa, a girl who has always dreamed of becoming a pilot. Of proving she’s a hero like her father. But when she does finally make it skyward, she begins to hear rumors about her father, rumors of his cowardice and betrayal. Spensa is sure there’s more to the story. And she’s sure that whatever happened to her father in his starship could happen to her.

Along Spensa’s quest for the truth, she’ll discover a few things about herself and travel to the end of the galaxy to save humankind if she needs to! 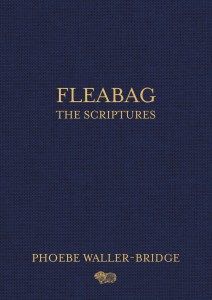 Fleabag: The Scriptures by Phoebe Waller-Bridge

Fleabag: The Scriptures is the perfect companion volume for any fan of the Emmy Award-winning series, Fleabag.

This title brings together for the first time the complete filming scripts of the first and second seasons, annotated with never-before-seen stage directions and exclusive commentary on her creative process and the making of the series. Recognized as one of today’s most essential voices, Phoebe Waller-Brdige delivers powerful insights into her now-iconic protagonist: the hilarious, emotionally damaged, sexually unapologetic woman who can make viewers laugh, cry, and cringe in a single scene.

The Gentleman’s Guide to Getting Lucky by Mackenzi Lee

For Monty, now that he and Percy are finally a couple, he realizes there is something more nerve-wracking than being chased across Europe: getting together with the person you love. Will the romantic allure of Santorini make his first time with Percy magical, or will all the anticipation and build-up completely spoil the mood? 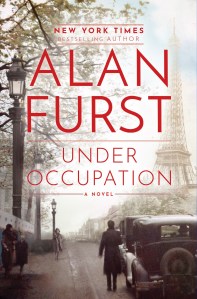 Under Occupation by Alan Furst

Under Occupation is the latest from “one of the best contemporary writers” (David McCullough) and “the most talented espionage novelist of our generation” (Vince Flynn), Alan Furst.

This novel about heroic resistance fighters in 1942 occupied Paris is based on true events of Polish prisoners in Nazi Germany, who smuggled valuable intelligence to Paris and the resistance. In it, Paul Ricard, who works with French Resistance networks to undermine Hitler, zips through occupied France smuggling a document that could prove invaluable for the Allied Forces. His increasingly dangerous assignments lead him to travel to Germany, and along the underground safe houses of the resistance—and to meet the mysterious and beautiful Leila, a professional spy.

It’s a thrilling caper that has us excited to curl up during this holiday season with all of our new books!

That’s a wrap, everybody! Come check out ALL of our new releases in-store if you get the chance and find something that’ll pair perfectly with cranberry sauce and stuffing!