November’s flying right by and we haven’t even had time to enjoy the mild weather settling in. It’s been a busy couple of weeks for sure, but we’re always thankful for a moment to slow down and appreciate all the lovely new titles coming into the store. Check out these new books that are giving us yet more reasons to cozy up and read all through the week: an incendiary new account of the current presidency, an Instagram sensation now in print, and a couple more event titles!

A Warning by Anonymous

In what is already one of the most hotly-anticipated titles this year, A Warning by the unnamed Senior White House official who penned the bombshell NYT op-ed back in 2018, arrives during one of the most politically turbulent periods of the decade.

It presents an unprecedented behind-the-scenes portrait of the Trump presidency, giving us unfettered access into White House chaos, administration instability, and the people working to keep Donald Trump’s reckless impulses in check.

In this book, the original author pulls back the curtain even further, offering a first-of-its-kind look at the president and his record — a must-read before Election Day. It will surprise and challenge both Democrats and Republicans, motivate them to consider how we judge our nation’s leaders, and illuminate the consequences of re-electing a commander in chief unfit for the role. A sobering read, for sure, this is going to be a book you’re going to want to get into before the new year. 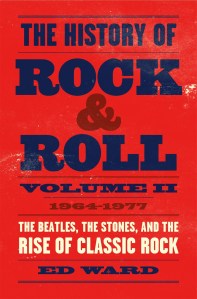 Continuing his ambitious history of the rock ‘n’ roll genre, Ed Ward returns with a rip-roaring chronicle of the tumultous 1960s and 70s music scene. The story begins with the Beatles landing in New York where the NYPD, swarms of fans, and a crowd of 200 journalists await their first American press conference and expertly weaves together an engrossing narrative that not only covers the most famous stars like the Beatles, the Stones, Hendrix, and Dylan but also the artists trailblazing new territory in the same era such as Aretha Franklin, George Clinton, Elton John, and more.

For all music lovers and rock fans, this sweeping history will reveal how different sounds, harmonies, and trends came together to create the music we all know and love today.

The music lovers at the store are excited to get their hands on this one, and we hope you join us on December 2nd at 7PM when Ed Ward stops by to read from and sign his new book! 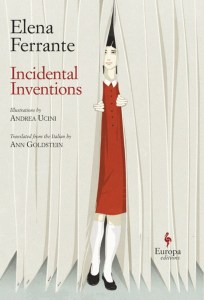 If you’ve still got a case of the Ferrante Fever, rejoice, because the celebrated author has a new book out and we’re so happy to bring it to you!

In this volume, Europa Editions packages a collection of articles Ferrante wrote for The Guardian on a variety of issues — from first love to climate change, from enmity among women to the experience of seeing her novels adapted for film and TV. Here are the seeds of future novels, the timely reflections of this internationally beloved storyteller, the abiding preoccupations of a writer who has been called “one of the great novelists of our time.”

Translated by Ann Goldstein, the acclaimed translator of Ferrante’s novels, and accompanied by Andrea Ucini’s intelligent, witty, and beautiful illustrations, this volume is a must for all curious readers.

The Captain and the Glory by Dave Eggers

A new release from Dave Eggers is always a cause for celebration! This time, the author brings us a savage satire of the United States in the throes of insanity.

This blisteringly funny novel tells the story of a noble ship, the Glory, and the loud, clownish, and foul Captain who steers it to the brink of disaster (sound familiar?).

It begins when the decorated Captain of a great ship descends the gangplank for the final time and in his place, a new leader, a man with a yellow feather in his hair, vows to step forward. Though he has no experience, no knowledge of nautical navigation or maritime law, and though he has often remarked he doesn’t much like boats, he solemnly swears to shake things up. Absurd, hilarious, and all too recognizable, The Captain and the Glory is a wicked farce of contemporary America only Dave Eggers could dream up. 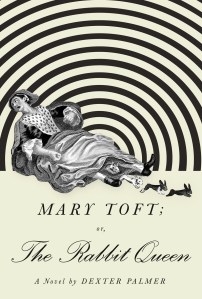 Mary Toft, OR The Rabbit Queen by Dexter Palmer

Dexter Palmer’s absurd, new novel is based on the very strange but true story of Mary Toft, a woman who gave birth to seventeen rabbits in 18th century England.

Surgeon’s apprentice Zachary Walsh knows that his master, John Howard, prides himself on his rationality. But John cannot explain how or why Mary Toft, the wife of a local journeyman, has managed to give birth to a dead rabbit. When this singular event be­comes a regular occurrence, John and Zach­ary realize that nothing in their experience as rural physicians has prepared them to deal with a situation like this—strange, troubling, and possibly miraculous.

When King George I learns of Mary’s plight, she and her doctors are summoned to London, where Zachary experiences a world far removed from his small-town ex­istence and is exposed to some of the dark­est corners of the human soul. All the while Mary lies in bed, as doubts begin to blossom among her caretakers and a growing group of onlookers waits with impatience for an­other birth, another miracle. This confounding story has us mesmerized and book ends a year where the odd and absurd have become the norm! 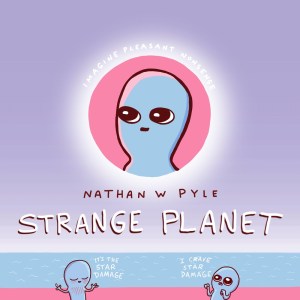 We’ve been following Nathan W. Pyle’s “Strange Planet” comics all year and have fallen in mad love with the antics of these cuddly, fun-loving, strange-speaking humanoid-like extra terrestrials.

Now, for the first time ever, we get to have in our hands a bound volume of these adorable (and pround) comics, including The Emergence Day, Being Gains a Sibling, The Being Family Attains a Beast, The Formal Education of a Being, Celebration of Special Days, Being Begins a Vocation, The Beings at Home, Health Status of a Being, The Hobbies of a Being, The Extended Family of the Being, The Being Reflects on Life While Watching the Planet Rotate as well dozens of never-before-seen illustrations in addition to old favorites.

This book offers a sweet and hilarious look at a distant world not all that unlike our own. Grab one today!

Ace Atkins is taking us back into the world of Boston P.I. Spenser as he travels across the country to solve a case in the City of Angels. Joined by the wiley Sixkill, the pair embark on a hunt for the missing Gabby Leggett, a young woman with aspirations for fame and the big screen.

Before too long, their caper leads them to a powerful movie studio boss, the Armenian mob, and a shadowy empowerment group some say might be a dangerous cult. t’s soon clear that Spenser and Sixkill may be outgunned this time, and series favorites Chollo and Bobby Horse ride to the rescue to provide backup.

From the mansions of Beverly Hills to the lawless streets of a small California town, Spenser will need to watch his step. In Hollywood, all that glitters isn’t gold. And not all those who wander are lost. Grab signed copies of this stellar thriller today!

Join us again next week when we dish out a brand new lineup of titles you won’t want to miss out on…especially now that the HOLIDAY SEASON is upon us!