Happy Halloween, y’all! Here are some of our favorite spooky reads to get into the spirit: 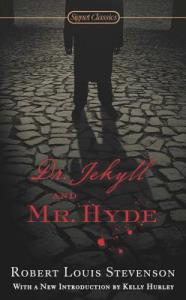 With Halloween just around the corner, it’s time to give this unsettling classic another read. The upright, respectable Dr. Jekyll finds himself helpless in the face of temptation of a baser, amoral existence in the midst of the reserved and repressed society life of 19th century London in this tale of identity and good-versus-evil. A classic that reflects the anxieties of its time, Dr. Jekyll and Mr. Hyde is still remarkably relevant in present day. Anyone who simultaneously runs an Instagram account alongside a Finsta can relate to the duality of man that Stevenson conjures up against a backdrop of ghoulish, gaslit London streets. 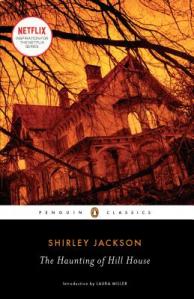 The Haunting of Hill House by Shirley Jackson

Shirley Jackson is the master at creating terror from nothing. The innate sense of dread and impending doom as the four strangers wander the bleak corridors of Hill House doesn’t come from ghosts or demons or other outside forces, but instead it comes from their own minds as they build the odd events that occur in the house into supernatural terror of the highest level. The sheer dread and fear dripping from every page of this book is masterful, proof that Shirley Jackson is one of the Mount Rushmore of horror writers.

Halfway through October I realized I hadn’t read any spooky reads, so that day I bought the chilling The Haunting of Hill House! I have yet to reach the spooky happenings of the house, but I am getting some juicy backstory and just waiting for something to jump out at me. Shirley Jackson was such a force and I am excited to snuggle up with my cat and get incredibly creeped. 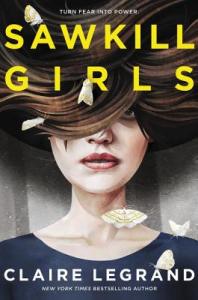 Sawkill Girls is an incredible supernatural horror young adult novel. It’s all about the power of girlhood in the face of *literal* death, it has a diverse cast of characters, and there’s even a little romance involved. The perfect spooky read. 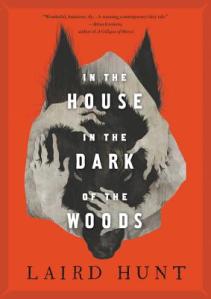 To get in the perfect spooky mood I settled in with this ambient read. Laird Hunt paints a perilous atmosphere In the House in the Dark of the Woods as you embark on a journey set in an unknown time and place. This short tale is the perfect read to send chills running up your spine as the main character faces down witches, wolves, and water wells. You’ll feel just as lost as the woman as you stumble through an ever darkening wood alongside her and discover its perils. This bite sized book will keep you guessing until the last page, and will continue haunting you long after that.

There’s a lot of great horror fiction out there today. This year alone we’ve gotten a good helping of it in the form of a few short story collections by Brian Evenson (Song For the Unraveling of the World) and Jac Jemc (False Bingo), a startlingly creepy family drama from Shaun Hammill (A Cosmology of Monsters), and the re-issue of one of the genre’s vintage greats (Robert Aickman’s Compulsory Games). But if I’ve got to pick just one title from one writer that I can almost guarantee will send chills down your spine, I’ll go with my guy, Stephen King and his 1987 classic, Misery.

You won’t find any shape-shifting killer clowns in this one. Or sentient cars on a rampage. Or supernatural happenings. Instead, King opts to explore the darkness to be found in human obsession — in the form of a writer held captive by his biggest fan.

Written during the most turbulent time of King’s writing career, riddled by overwhelming drug use, Misery speaks to the experience of a writer who can’t escape his darkest demons. As King once uttered, “Monsters are real, and ghosts are real too. They live inside us, and sometimes, they win.” This title lends credence to those words.

This is just a taste of the spoOOOoOoOoooOOOky reads BookPeople is currently stocked with, but there’s a whole store full of terrifying reads that we know will frighten and delight waiting just for you. Make our online and physical store one of your stops this Halloween!