BookFriends, we hope you made it out to the Texas Book Festival this past weekend. Over two days we got to host and interact with some of our very favorite writers (Rainbow Rowell, John Grisham, Malcolm Gladwell, Kristen Arnett, Lara Prescott, Jasmine Guillory, Bryan Washington, Fernando A. Flores, and more!) and now we’re having to settle back into a more normal routine. BUT! We’ve got plenty of new reads to get us out of the post-TBF blues. This week we’ve got a couple of rousing new sequels, books for the history buff and a posthumous release. Read along for more!

Find Me by André Aciman

The day is finally here – Find Me, André Aciman’s sequel to the much beloved Call Me By Your Name, is out in bookstores today!!

Just a few days shy of our event with Aciman on November 1st, readers will finally have an opportunity to take a glimpse into Oliver and Elio’s future after the events of the first novel.

In Find Me, Aciman shows us Elio’s father, Samuel, on a trip from Florence to Rome to visit Elio, who has become a gifted classical pianist. A chance encounter on the train with a beautiful young woman upends Sami’s plans and changes his life forever.

Elio soon moves to Paris, where he, too, has a consequential affair, while Oliver, now a New England college professor with a family, suddenly finds himself contemplating a return trip across the Atlantic.

Find Me brings us back inside the magic circle of one of our greatest contemporary romances to ask if, in fact, true love ever dies.

One lucky bookseller, Rachel R., was able to get her hands on an advanced copy and became entranced from page one. She says, “Find Me infuses every page with hope that we can always restart what we had to stop, listen to voices and songs long gone, and find what has been lost.” Read her full review here and be sure to join us at 7PM on November 1st when Aciman returns to BookPeople for a riveting reading and talk on Find Me and other things with our good friend, Adeena Reitberger, of American Short Fiction!

Nothing to See Here by Kevin Wilson

Author Kevin Wilson is back with what many believe may be his best book yet. Centered around college besties Madison and Lillian, Nothing to See Here takes us through the ups and downs of this pair as they connect, lose touch, and find each other again when the former asks the latter for help caring for her step kids. However, there’s a catch: the twin step-siblings can spontaneously combust when they get agitated, flames igniting from their skin in a disturbing but beautiful way.

Disbelieving at first but ultimately too intrigued by these strange children, Lillian agrees. And as they hunker down in the pool house, Lillian and the twins learn to trust each other—and stay cool—just as Madison’s family is bracing for a major announcement.

With a white-hot wit and a big, tender heart, Kevin Wilson has written a most unusual story of deep parental love that proves to be his best book yet. Get your signed copy of this moving and uproariously funny book while supplies last! 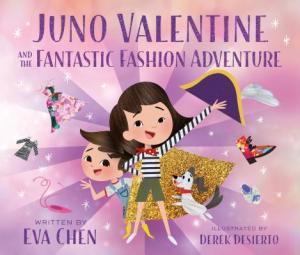 Have you heard?? This Halloween we’re hosting Instagram superstar Eva Chen as she presents her brand new picture book and latest entry in the Juno Valentine cycle, Juno Valentine and the Fantastic Fashion Adventure!

In this one, Juno’s in a picture day predicament: she can’t figure out what to wear! Florals? Rainbow ruffles?? And just when Juno thinks her conundrum couldn’t get any more complicated, her little brother, Finn, disappears into the magical hall of shoes!

In an epic chase through time, Juno gets some help from female icons like Simone Biles, Audrey Hepburn, Annie Oakley, and Michelle Obama. Along the way, she discovers the self-confidence she needs to express herself in her own magical way.

Equal parts guide to girl power and fashion fairy tale, the latest Juno Valentine story is a pure pleasure throughout! Be sure to join us on Thursday, October 31st at 6PM for the fabulous fashion escapade! 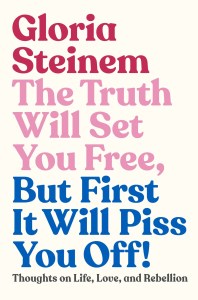 The Truth Will Set You Free, But First It Will Piss You Off! by Gloria Steinem, illustrated by Samantha Dion Baker

This glorious keepsake volume of quotes by Gloria Steinem and friends is sure to inspire and energize. Accompanied by glorious illustrations from Samantha Dion Baker, The Truth Will Set You Free, But First It Will Piss You Off! offers support and hope in our most trying times and empower us all to work together.

Covering topics from relationships to the patriarchy and activism, this is the definitive collection of Steinem’s words on what matters most, words that will make you want to laugh, march, and create some quotes of your own. In fact, at the end of the book, there’s a special space for readers to add their own quotes and others they’ve found inspiring. Grab a signed copy for that feisty, strident reader in your life today! 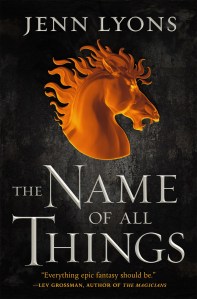 The Name of All Things by Jenn Lyons

The Name of All Things picks up right where Jenn Lyons’ The Ruin of Kings left off.

Since Kihrin D’mon destroyed the Stone of Shackles and set demons free across Quur, he has been on the run from the wrath of an entire empire. His attempt to escape brings him into the path of Janel Theranon, a mysterious Joratese woman who claims to know Kihrin.

Janel’s plea for help pits Kihrin against all manner of dangers: a secret rebellion, a dragon capable of destroying an entire city, and Kihrin’s old enemy, the wizard Relos Var.

Janel believes that Relos Var possesses one of the most powerful artifacts in the world—the Cornerstone called the Name of All Things. And if Janel is right, then there may be nothing in the world that can stop Relos Var from getting what he wants.

Part-time bookseller Will B. fell in love with this second installment in the Chorus of Dragaons saga, saying, “The balance of humor, drama, and adventure is still finely honed [as in the first] and cuts to the quick. I can’t recommend this highly enough…Jenn Lyons has stuck her landing!”

Cluck-cluck and cock-a-doodle-doo! New from fan-favorite Cate Berry and illustrator Charlotte Alder comes the story of some chickens who want to fly the coop. In the picture book Chicken Break!, ten wild and crazy chickens break out, one by one so they can party!

This one is a hoot and we sure hope you join us for a party of our own as we celebrate the Austin author’s latest picture book, this Sunday, November 3rd at 2PM! 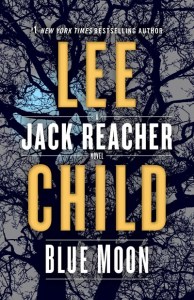 Jack Reacher fans, Lee Child is back with his next thrilling installment in a series that has captured a global audience.

In Blue Moon, Child pits Reacher against his deadliest enemy while on a mission to aid an elderly couple.

Praised as “utterly addictive” by The New York Times and “the best thriller series going on” by NPR, Blue Moon brings us back alongside one of our favorite heroes – the 21st Century’s James Bond.

Act quickly and secure for yourself a signed first edition of Blue Moon.

Hymns of the Republic by S. C. Gwynne

It’s a good time to be a history buff. Bestselling author of Empire of the Summer Moon and Rebel Yell, S. C. Gwynne, has an all new history of the Civil War out now.

Hymns of the Republic recounts for the readers the final, bloody year of the American Civil War. It addresses the time Ulysses S. Grant arrives to take command of all Union armies in March 1864 to the surrender of Robert E. Lee at Appomattox a year later. Gwynne breathes new life into the epic battle between Lee and Grant; the advent of 180,000 black soldiers in the Union army; William Tecumseh Sherman’s March to the Sea; the rise of Clara Barton; the election of 1864 (which Lincoln nearly lost); the wild and violent guerrilla war in Missouri; and the dramatic final events of the war, including the surrender at Appomattox and the murder of Abraham Lincoln.

Hymns of the Republic offers angles and insights on the war that will surprise many readers and presents this history like no other historian before. We’ve got freshly signed copies from Texas Book Festival! Grab your copy of this riveting piece of fiction today!

The Beautiful Ones by Prince

Told in three parts, The Beautiful Ones is the un-finished autobiography of the late great pop giant, Prince. It’s the story of how Prince became Prince, a first-person account of a kid absorbing the world around him and then creating a persona, an artistic vision, and a life, before the hits and fame that would come to define him.

This work is not just a tribute to an icon, but an original and energizing literary work in its own right, full of Prince’s ideas and vision, his voice and image—his undying gift to the world.

Framed by editor Dan Piepenbring’s riveting and moving introduction about his profound collaboration with Prince in his final months, The Beautiful Ones is a glorious memento and parting gift from one of music’s very best.

That’s a wrap for our lineup of un-missable new releases. Check back with us here next week when we bring you a whole new list of titles you shouldn’t miss out on!