There’s a lot of talk about data and algorithms in mainstream discourse these days. Even if you don’t follow data scientists and digital media scholars on Twitter (like I do), you’ll be hard-pressed to find someone with a social media account that hasn’t at least heard about the Cambridge Analytica/Facebook scandal.

*Here’s a good primer from the New York Times, if you want a refresher.

Understanding, on the other hand, can be elusive for those who don’t study the implications of digital technology on society and culture. This is a topic that interests me greatly. To be clear, I don’t claim to be a scholar on this topic… but I do think it’s important enough that everyone should at least try to understand it, esoteric as it is. Which is why I was so pleased with John Cheney-Lippold’s 2017 book, We Are Data: Algorithms and the Making of Our Digital Selves. 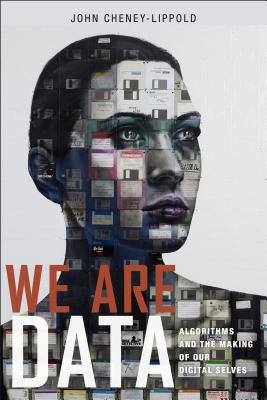 John Cheney-Lippold is Assistant Professor of American Culture and Digital Studies at the University of Michigan, but don’t let his position in academia dissuade you from reading this book. It’s not overly theoretical. In fact, one of the most impressive things about it is how accessible it is to a layperson, like myself (and like most people I know).  These are complicated topics, and the implications being discussed can often be abstract, but Cheney-Lippold makes them relevant by using anecdotal narratives to illustrate how you and people you know could be affected in the real world.

So what’s the big deal with algorithms collecting our personal info, anyway? Isn’t it just about targeting ads based on our browser preferences? That is one aspect of it (and the most benign, in my opinion). But like most things, it goes so much deeper than that…

At the heart of Cheney-Lippold’s argument is the idea of a “black box society” in which only the developers of the algorithms have the right and the ability to know how an algorithm works—what data it collects, how it collects it, and how it creates models based on that data. The book explores the consequences of proprietary algorithms creating our digital identities, how those identities are subject to control, and the available methods to resist that control. Throughout, Cheney-Lippold draws on the theories of Michel Foucault, Tiziana Terranova, Judith Butler, and many others to illustrate how the algorithmic interpretation of an individual’s data, the details of which are shielded from public scrutiny, can effectively control individuals’ behavior both online and offline.

Heavy stuff, right? And I won’t lie… reading this book is still a bit of a chore, despite how accessible it is. There are two things Cheney-Lippold did that makes me want to get everyone I know to read this book:

Part II, Control, and Part IV, Privacy, are probably the most relevant to mainstream discussions going on right now. Part III, Subjectivity, is admittedly the most abstract (but important prior to getting into Privacy).

What I came away with was a deeper understanding of what I, as a digital citizen, am subjecting myself to with each decision I make to interact online, along with a better idea of how to resist methods of control, should I wish to. We Are Data introduces a lot of questions about where we are in digital culture and what we may be able to do about it. It doesn’t necessarily provide answers to these questions, but it does provide a good framework to help think about these problems, which we all should be.

We Are Data: Algorithms and the Making of Our Digital Selves comes out in paperback in November of 2018 and can be found in the Digital Studies section of the 2nd floor at BookPeople.

2 thoughts on “We Are Data: Algorithms and the Making of Our Digital Selves – Review”