Skip to content
bookpeopleatx Uncategorized, What We're Reading This Week May 2, 2018April 27, 2018 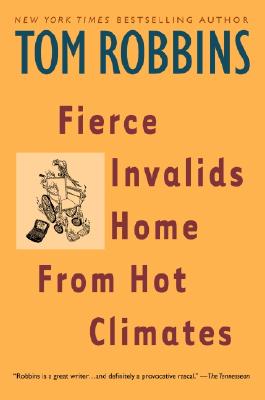 A CIA-pacifist-anarchist is blackmailed by his own grandmother into freeing her blue parrot in the Amazon, where, of course, he slurps some Ayahuasca and falls victim to a shamanic curse. Need I say more? Toy boat racing with art school girls? 10 million Joyce and Rimbaud jokes?? Religious prophecies??? Giant warts???? Carnal hi-jinx with heretic desert-nuns?????? This book is everything.
-Mat

How to Love a Jamaican by Alexia Arthurs
I absolutely love the voice of Alexis Arthurs and the way she uses it to bring her characters to life. These stories are warm, nuanced, moving, and inventive. She’s an especially insightful writer, with my favorite stories in the collection delicately parsing out the tensions that arise between close female friends, especially as growing into who they’re meant to be means widening the gap between who they were as friends. The first story, which follows the dissolution of a best friendship between two black women attending the same college, set the tone for her ability to inhabit the grey areas of a relationship. While our narrator sees the influence of race on almost every aspect of life in America, from the choices of who to date to the lure and repulsion of the TV show GIRLS, she’s unable to gauge how aware or interested her friend is in the subject or, more to the point, how she is able to choose to appear uninterested/disengaged. Because many of the stories involve Jamaican men and women either living in America, returning to the island, or saying goodbye to friends and family who are leaving, she writes beautifully on how home can somehow change irrevocably while staying exactly the same. I’m very much looking forward to seeing what Arthurs does next.
* How to Love a Jamaican is available for pre-order here.
-Molly M

Those Who Leave and Those Who Stay by Elena Ferrante

Elena Ferrante’s Neapolitan novels have been consuming my life for the past two weeks. My Brilliant Friend, the first book in the series, has been on my radar since Hillary Clinton recommended it as part of one of her favorite series. I picked it up, and I have been obsessed ever since. The series details the intense friendship between two young girls in Naples, spanning decades and cities as the women are pushed down separate paths. Ferrante’s writing is intimate and personal, portraying the most realistic and honest coming of age story I’ve ever read. Those Who Leave and Those Who Stay is the third book in the series, and I’m searching for ways to delay the inevitable conclusion and my separation from these wonderful novels.
-Sara