Stefan Merrill Block stops by the store Wednesday, January 31 at 7 PM to discuss his latest novel, Oliver Loving, which has already received rave reviews from places like Newsweek and Esquire. Check out the author’s answers to The BookPeople Questionnaire below. 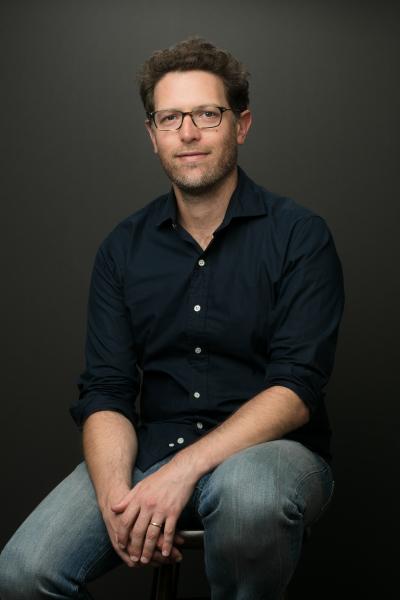 BP: What are you reading these days?

SMB: I’m researching a novel that will be set mostly in Vienna in the 1930s, and I’ve been enjoying a slow waltz through some of the Austrian canon: Stefan Zweig, Joseph Roth, Robert Musil, Rainer Maria Rilke, Karl Kraus, and Edmund de Waal. But I take breaks from Austria whenever some irresistible new book hits the shelves. Some of my recent favorites are Forest Dark by Nicole Krauss, Moonglow by Michael Chabon, and Home Fire by Kamila Shamsie. I also just read a harrowing and heroic forthcoming memoir called Educated by Tara Westover.

BP: What books did you love as a child?

SMB: My older brother was (and remains) a great genre reader, and he showed me the way to some wonderful science fiction and fantasy novels. As a kid, I especially loved Tolkien, Brian Jacques, Piers Anthony, Arthur C. Clarke, and Madeleine L’Engle. And yet, the writers I read in those years that have really stuck with me  — the ones that set in place the reader and writer I’d become — do not venture quite so far into those genres. They all exist at the edge between realism and fantasy: Lowis Lowry, Katherine Paterson, Stephen King, and (more than any other) Roald Dahl.

SMB: Doubt. I think that self-doubt is my natural condition, and so I often have to remind myself to hold aside my worries for the first draft or two. But at a certain stage I think it’s necessary to invite doubt in. My best writing happens during a long revision process, when I ask myself the important but often excruciating questions: Is this really the story I wanted to tell? Did I tell it in the best way I could? Does this book feel true to me, or was I only trying to satisfy an imaginary reader? I’ve learned that I will never have entirely definitive answers to these questions, and they often lead to moments of crisis: at a certain stage in any writing process you can find me slowly shuffling through Brooklyn’s Prospect Park, with my head bent slightly to one side, as if in a low-grade kind of grief.  And it does feel a little like grief when you fundamentally reconsider a project you’ve spent a year or two working on. A writer I know says that it is like “chewing on ashes.” And yet, I’ve also learned that it is only in these doubt storms that I can find the best way forward.

SMB: If everything goes well, there is usually a moment — about halfway into a new story or novel — when I feel like I’ve come to understand the characters and their world well enough to be able to sit at my computer each day and confidently bang out the next page or two. All the initial, painful, and self-searching questions quiet down for a while, and my attention turns outward. Somehow, it seems like everything I encounter — the couple at the corner arguing about their dog’s diet, the way that a rare warm day in deep January brings the muddy smell of spring, how the man at the library often takes out his dentures to inspect them — is potentially part of my novel. In that sweet spot, an ordinary Brooklyn street is suddenly rife with hidden meaning. For a while, I walk around the park with my head upright.

SMB: What word could hold as much magic as the name of someone I love? Our new daughter’s name is Stella Maris Block, and it just gave me a little thrill to type it out.

BP: What’s a sentence you’ve loved and remembered from a book?

SMB: A few lines from Howard Nemerov’s poem “Swallows” are affixed on a plaque at the door to the literature building at Washington University in St. Louis, where I was an undergrad. In the long process of writing a novel, it can be easy to lose yourself in questions of craft and lose sight of what made you want to write in the first place, and so I try to remind myself what Nemerov wrote:

O swallows, swallows, poems are not
The point. Finding again the world,
That is the point, where loveliness
Adorns intelligible things
Because the mind’s eye lit the sun.

BP: Do you have any weird writing habits?

SMB: I have one habit that probably counts as weird, but I would strongly recommend it to any writer. Five or six years ago, I discovered that my MacBook comes equipped with a handy text-to-speech capability: if I highlight any chunk of text and press a certain sequence of keys, my computer will read it back to me in a giddy robot’s voice. It changed my entire writing process! Before I learned about the robo-reader, I’d always reached the same moment in the revision process when my eyes simply could not rake over a page of familiar text another time. This was a big problem, because as you revise, you have to do your best to see your book as a first-time reader would; you have to find a way to defamiliarize your own writing so that it begins to feel new again. I know a lot of writers have found it useful to read their work aloud at that point, but I’ve found that it’s even better to have my work read aloud to me — by a voice that sounds a little like C-3PO on methamphetamines.

BP: Who are your literary influences?

SMB: I’m not sure that I’m the best judge of my own influences. Sometimes, when flipping through a book I loved years ago or watching a movie that obsessed me as a kid, I’m startled to discover the direct (but largely subconscious) influence it has had on my current work. I think that Influence generally creeps in around the edges, in unacknowledged ways. But in the case of my new book, Oliver Loving, I knew that I wanted to write about Texas with a Texan sensibility, and so I immersed myself in the work of some wonderful Texas writers, including John Graves, J Frank Dobie, Cormac McCarthy, and Katherine Anne Porter.

SMB: I’ve written in all sorts of rooms. For years, when I was just getting started, I wrote among piles of dirty laundry in my lightless Brooklyn bedroom. For six months, around the time I turned thirty, I wrote in absolute solitude in the two hundred fifty acres of Paisano Ranch, just west of Austin. I’ve also written in the tower of a castle on the Tuscan coast, on a courtyard overlooking the Aegean, and lately I’ve been writing at the Brooklyn Public Library, at a long, shared table that is patrolled by security guards who startle my seat neighbors with a bully club when they fall asleep. I’m always reassured to realize that no matter where I write, the writing itself — the joy and agony of it — always feels just the same, no simpler or more difficult no matter the surroundings.

BP: What would you be doing if you weren’t a writer?

SMB: Before my first book was published, I worked as a cameraman, mostly shooting bar mitzvahs and weddings but also a couple documentaries. I do miss that old video work from time to time.  It was a surprisingly comfortable position for me, to be at the center of the action but also half-invisible behind my camera. As the videographer, it is up to you to decide what is worthy of attention and which story the viewer will follow: it’s a bit like narrating a novel, except that the story requires no invention, just a lot of attention and patience.