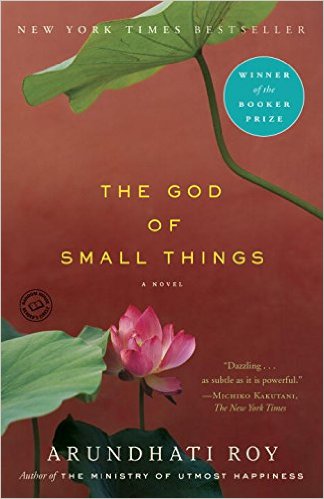 The God of Small Things by Arundhati Roy:

Earlier this week, I started Arundhati Roy’s The God of Small Things, a lusciously written family drama that received the Man Booker Prize back in 1997. I know, I’m now more than twenty years late for the party, but I’ve finally arrived and I can join the ranks of that legion of readers that swear by this book. It seems quite apparent, despite only being about 100 pages in, that Roy has written something that goes beyond the basic expectations we have for literature. When you read it, you’ll know what I mean when I say that Roy’s India comes to life in more ways than one, jumping out of the page and into your soul (no exaggerations here). The only sour part of this experience has been the realization that I’ve been missing out on this one for so long.
— Uriel 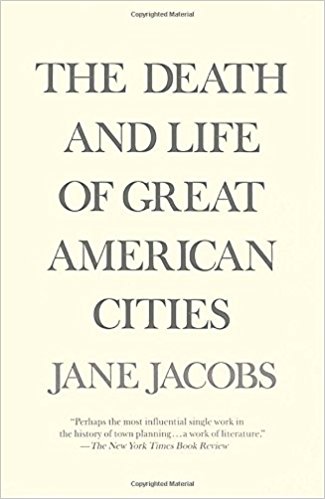 The Death and Life of Great American Cities by Jane Jacobs:

“Main Street is almost all right,” declares Robert Venturi in “Learning from Las Vegas.” Someone referenced this quote to me last summer and I haven’t been able to forget it. I love it. To celebrate the beauty in the mundane. Obsessing over this statement led me to Venturi’s book, Complexity and Contradiction in Architecture, a book we don’t typically carry, so I had to special order it to the store. While I await its arrival, I picked up The Death and Life of Great American Cities by Jane Jacobs. A book that has inspired many to claim, “What Complexity and Contradiction did for architects, Death and Life did for urban planners.” Both books were released around the same time, although the latter had received significantly more attention. It’s accessible, eloquent, and intelligent. A beautiful exploration of what makes a city a city. I’ve only just started it, but already I am fully committed. I can’t wait to dive deeper into this expansive, thoughtful, and remarkable book. 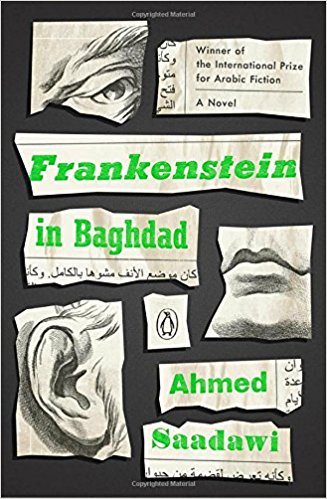 Frankenstein in Baghdad by Ahmed Saadawai:

Despite the obvious reference to Mary Shelley’s Frankenstein in the title, Frankenstein in Baghdad is a completely original book. The novel follows Hadi, a hermit in Baghdad who trails the various explosions in the city to collect the strewn body parts. Over time, he pieces together a corpse in order to send a message to the government about burying the dead. However, his creation soon goes missing, and chaos ensues. This book sounds bizarre, and it is — in all the right ways. The murderous creature fits in perfectly with the American occupation of Baghdad in 2005, and speaks to the pain that sets in after the worst is seemingly over.