We’re bringing you the YA news from around the globe and highlights from the BookPeople Teen Press Corps Blog! Don’t forget to check out the blog for new reviews, event reports, and other teen news!

The Fierce Reads Tour is heading to BookPeople!

Three years ago an event destroyed the small city of Poughkeepsie, forever changing reality within its borders. Uncanny manifestations and lethal dangers now await anyone who enters the Spill Zone.

The Spill claimed Addison’s parents and scarred her little sister, Lexa, who hasn’t spoken since. Addison provides for her sister by photographing the Zone’s twisted attractions on illicit midnight rides. Art collectors pay top dollar for these bizarre images, but getting close enough for the perfect shot can mean death—or worse.

When an eccentric collector makes a million-dollar offer, Addison breaks her own hard-learned rules of survival and ventures farther than she has ever dared. Within the Spill Zone, Hell awaits—and it seems to be calling Addison’s name. 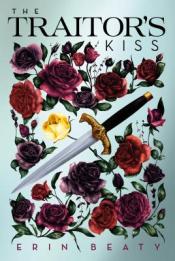 What makes her unfit to be a lady, makes her a brilliant spy—but can she spot another?

To escape the threat of being married off by her uncle, orphaned Sage Fowler accepts an apprenticeship with a matchmaker. Intelligent and unruly, she’s perfect for gathering information on prospective clients. Protected by a small army contingent, Sage and her mentor escort a group of ladies to be matched with noblemen. Sage spies on soldiers and brides alike as they travel.

Amongst rumors of a political uprising, a handsome solider recruits Sage to infiltrate the enemy ranks. The more she discovers, the more uncertain she is of whom to trust. Sage becomes caught in a dangerous balancing act that will determine the fate of her kingdom.

With secret identities and a tempestuous romance, The Traitor’s Kiss is Jane Austen with an espionage twist.

The third book of the YA Summoner quartet, which has been compared to Tolkien, Rowling, and Pullman.

Fletcher and his classmates from Vocans Academy—including the elf Sylva and the dwarf Othello— time-travel through the ether, pursued by Wyvern Riders and the albino orc, Khan. In a race against time to survive the ether’s poison, they find clues about traitors in their midst, and Fletcher’s demon, Ignatius, changes in ways neither anticipate.

With plenty of duels, double-crosses, and even some romance, the team of Summoners faces their biggest challenge yet. Can they rebuild their world and broker peace? 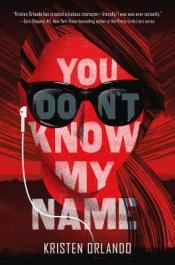 A girl raised to be an elite spy is torn between honoring her family’s legacy and living a normal life with the boy she loves in this thrilling YA debut, chosen to be the FIRST Swoon Reads hardcover!

Seventeen-year-old Reagan Elizabeth Hillis is used to changing identities overnight, lying to every friend she’s ever had, and pushing away anyone who gets too close. Trained in mortal combat and weaponry her entire life, Reagan is meant to follow in her parents’ footsteps and join the ranks of the most powerful top- secret agency in the world, the Black Angels. Falling in love with the boy next door was never part of the plan.

Now, Reagan has to decide: Will she use her incredible talents and lead the dangerous life she was born into or throw it all away to follow her heart and lead the normal life she’s always wanted? And does she even have a choice at all?

Simon Snow is the worst Chosen One who’s ever been chosen.

That’s what his roommate, Baz, says. And Baz might be evil and a vampire and a complete git, but he’s probably right.

Half the time, Simon can’t even make his wand work, and the other half, he starts something on fire. His mentor’s avoiding him, his girlfriend broke up with him, and there’s a magic-eating monster running around, wearing Simon’s face. Baz would be having a field day with all this, if he were here–it’s their last year at the Watford School of Magicks, and Simon’s infuriating nemesis didn’t even bother to show up.

Carry On – The Rise and Fall of Simon Snow is a ghost story, a love story and a mystery. It has just as much kissing and talking as you’d expect from a Rainbow Rowell story – but far, far more monsters.

YA Specialist, Shannon, says: If you’re a fan of Harry Potter, Rainbow Rowell’s Fangirl, and well-written Fan-fiction this book will blow your mind! This is Rainbow’s take on fan-fic about Cath’s favorite series, and it’s enough to make you wish Simon and Baz’s story was real! 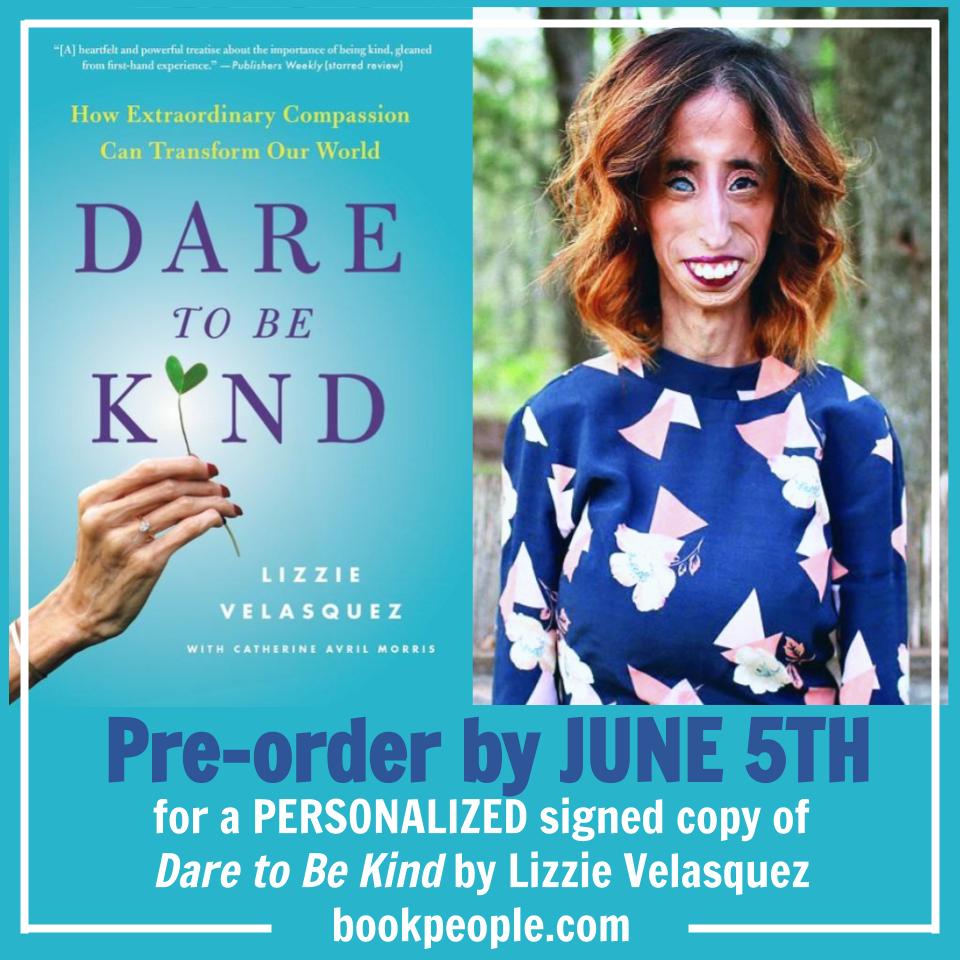 YouTube sensation and celebrated motivational speaker Lizzie Velasquez shows us how we can learn to accept all parts of ourselves and others, and in doing so create a “culture of kindness” and a more compassionate world.

Born with a rare genetic condition, Lizzie Velasquez always knew she was different, but it wasn’t until she was much older that she understood what that meant to others. At 17 years old, she came across a viral video entitled “World’s Ugliest Woman”-only to discover that it featured her. In response, she decided to stand up on behalf of victims everywhere and created one of the web’s most popular YouTube channels ever and a TED talk that has drawn tens of millions of viewers.

In this daring, revelatory book, Lizzie reveals the hidden forces that give rise to self-doubt, shame, and cruelty, and empowers us to redirect them to unlock empathy and kindness for ourselves and others. She pulls from examples in her own life-such as battles with anxiety and coping with disappointment-to share uplifting insight on how we can overcome obstacles in our path and move forward with greater positivity and the right mental attitude.

Brilliantly drawing on Lizzie’s wisdom and sentiment, Dare to Be Kind presents the path to acceptance, love, and tolerance, and provides a framework to help us lead confident, resilient lives and, ultimately, forge a radically compassionate world.

Everything, Everything hits theatres next Friday!

May 19 is almost here, but there’s still time to read the book before release day.  Stop in and grab a copy today!

Risk everything . . . for love.
What if you couldn’t touch anything in the outside world? Never breathe in the fresh air, feel the sun warm your face . . . or kiss the boy next door? In Everything, Everything, Maddy is a girl who’s literally allergic to the outside world, and Olly is the boy who moves in next door . . . and becomes the greatest risk she’s ever taken.

My disease is as rare as it is famous. Basically, I’m allergic to the world. I don’t leave my house, have not left my house in seventeen years. The only people I ever see are my mom and my nurse, Carla.

But then one day, a moving truck arrives next door. I look out my window, and I see him. He’s tall, lean and wearing all black–black T-shirt, black jeans, black sneakers, and a black knit cap that covers his hair completely. He catches me looking and stares at me. I stare right back. His name is Olly.

Everything, Everything will make you laugh, cry, and feel everything in between. It’s an innovative, inspiring, and heartbreakingly romantic debut novel that unfolds via vignettes, diary entries, illustrations, and more.