This blog discusses Jacqueline Woodson’s Another Brooklyn, a stunning entry in the National Book Awards shortlist, whose winner will be announced in a ceremony Nov. 16.  To bone up for the great literary event, or to compare notes if you’ve already read the shortlist, see my reviews of The Throwback Special, News of the World, and The Underground Railroad (by clicking here, here, and here, respectively), and keep an eye out for my forthcoming review of The Association of Small Bombs. Happy reading! 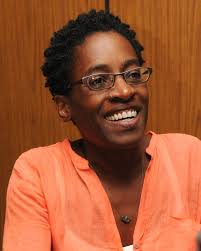 Easily the shortest of the NBA finalists, Another Brooklyn blows by in a single sitting. Its brevity offers all the more reason to linger slowly over its every exquisite moment, because the story slips a density of emotion between the lines that nudges to be unpacked. The fleeting fragments, snapshots, and impressions of a vibrant 1970s Bushwick add up to a gorgeous but spare, hardly overflowing panorama. Certain snatches come across very vividly for all that is withheld: the music and life of the streets, and the beauty and resilience of the four central characters, girls on the cusp of womanhood. Yet the traumas that almost inevitably accompany growing up as a girl in this country—particularly for a population disadvantaged both economically and racially—surface as mere hints. Events lurk in the shadow of memory too violent to be fully exposed to light, like the soldier who slips into Gigi’s unlocked building and waits behind a darkened basement stairwell.

The frequent refrain at the book’s heart, “This is memory,” offers a key to its ephemeral qualities. Its richness can fudge on detail, the lines of tragedy softened over by distance, because it is not so much the story of a young girl as of a grown woman looking back on her former self. Another Brooklyn opens on the main character, a successful anthropologist named August, returning to her old neighborhood to bury her father. On the train she runs into an old friend, jolting her into the stream of memories that make up the meat of the book. We know that, rather than meaningfully reconnect with her friend, August chooses to get off the train before her stop, but we don’t yet know why. August’s recounting builds from the time, when she is age eight and her brother four, that her father moves them from Tennessee to Brooklyn. This break is traumatic because they leave behind their mother, a woman becoming unhinged at the loss of her own brother, Clyde, to the war in Vietnam. Despite the urn in their apartment that later bears witness to her mother’s suicide, August continues to believe that she is alive in Tennessee and will return to them. (This mirrors her mother’s refusal to believe in Clyde’s death, although August remains sane in other ways.) Despite her mother’s former warnings to keep other women at arm’s length, August’s chief solace during these years are her three best friends, Sylvia, Gigi, and Angela. Although these characters are not sharply drawn as individuals, mostly distinguished by superficial traits, their complete reliance on each other to carry the burden of girlhood is a beautiful, accurate rendering of the intensity of adolescent friendships.

An older August says, “I know now that what is tragic isn’t the moment. It is the memory.” If her retrospective does not bring out the passion or the details that a more contemporaneous telling would, it perfectly captures the dulled but persistent ache we feel in remembering the difficulties that shaped us into the people we are today.