At the end of Edward Carey’s slide show introducing the weird, wise, and wonderful characters from his new middle-grade series, The Iremonger Trilogy, the audience leaped to their feet, delivered a well-deserved round of applause, and dove for their cameras. Not to photograph Carey, though he is quite photogenic, but to photograph the confection baked and constructed to celebrate the publication of the first Iremonger book, Heap House.

The cake was a rather magnificent recreation of Carey’s visionary residence of the Iremongers: a house in an island of rubbish. The Heap House. 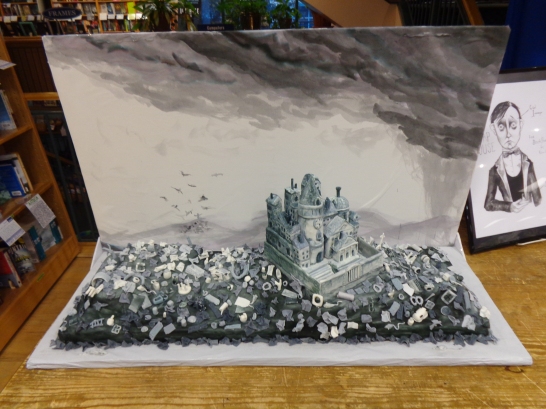 This is a cake. 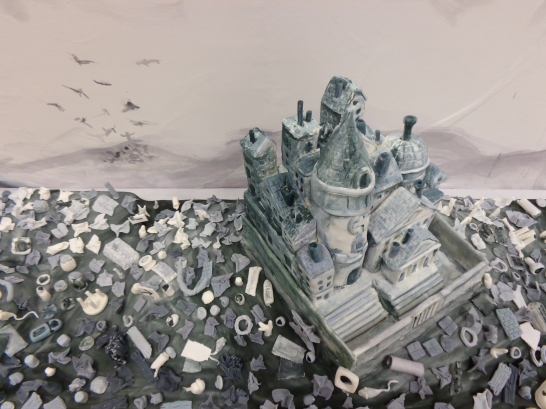 This is also a cake.

Pictures don’t really do the cake justice. Made by Pascal Simon of Bake Austin, the Heap House cake came equipped with handcrafted bits of trash made of fondant, including a few rats and an old hubcap. The Heap House itself was a tower of Rice Krispies Treats coated in white chocolate.The cake was a secret, special blend of chocolate and cherries, a recipe that Simon brought over from her native Germany. Each little detail, from the heap of trash to the Heap House itself, was gorgeously rendered and straight from the book, which Carey himself illustrated.

Over at the signing table, Edward Carey oversaw the distribution and adoption of birth objects. In Heap House, each Iremonger character is assigned an object to look after for their entire lives (protagonist Clod Iremonger’s is a standard drain plug that fits most sinks and bathtubs). Doilies, pen nibs, drawer handles, and buttons, each one lovingly tagged with its name, were given to patrons by Carey himself, who demanded from each birth object receiver that they pledge to look after their object with unyielding dedication. 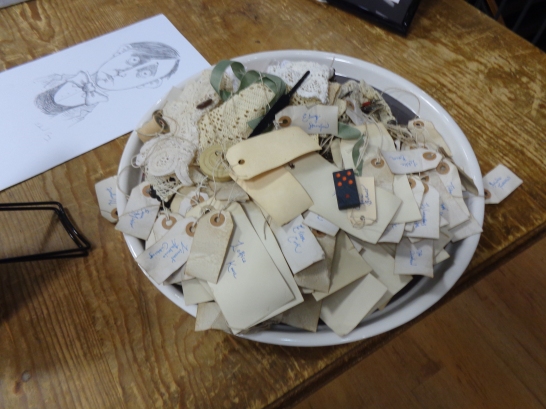 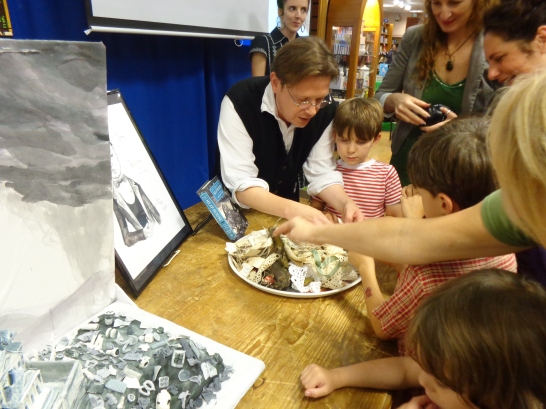 BookPeople was proud to be able to host a wonderful, whimsical reading with Edward Carey, who is one of our favorite local authors. We can’t wait until the second Iremonger book, Foulsham, comes out next year. 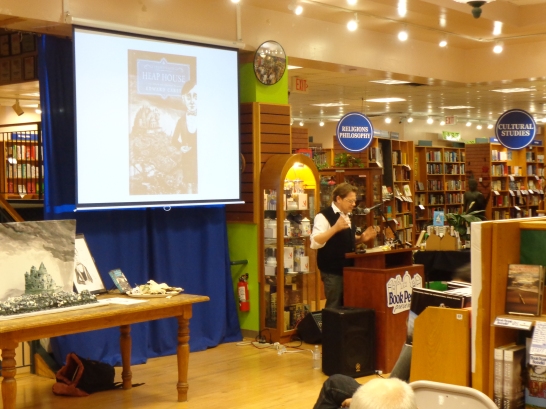 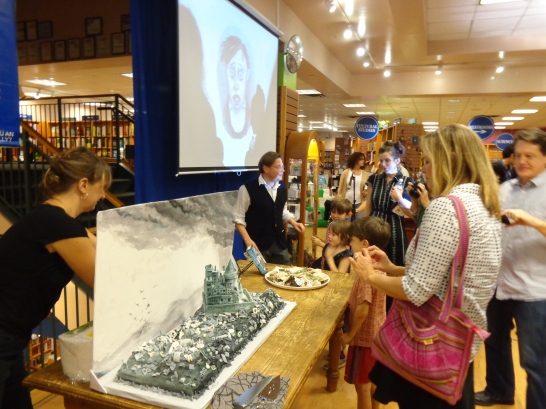