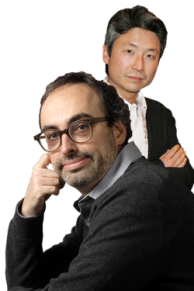 Let’s here it for the French! In their continuing efforts to protect indie booksellers, France passed a law banning online book retailers from providing free shipping. France has one of the highest number of bookshops in the world.

On Thursday, New Jersey’s former poet laureate, activist and polarizing author Amiri Baraka died at the age of 79. The Washington Post wrote a great article chronicaling his life and work, including a video of a poem he spoke about Sarah Vaughn.

Where’s a drone when you need one? Jeff Bezos had to call the Ecuadorean Navy to rescue him from vacation in the Galapagos islands. He was care flighted back to the US for emergency treatment for kidney stones.

Who said that random, idle internet surfing was entirely pointless? Nora Cook, a Professor at Anglia Ruskin University and Romantic period expert, told the Guardian this week about how she stumbled upon unpublished letters written by Mary Shelley from the later part of Shelley’s life. The best part? Turns out Shelley’s just a regular ole gal  – charming her friends into favors, worrying about her kid and calling up the stylist at 3 AM after receiving a last minute invitation to a royal coronation. Literary problems, y’all.

Few things could be cuter than Lena Dunham‘s friendship with Judy Blume. New York Magazine posted a curated listed of titles from their recent conversation in The Believer. The two ladies share some great quips about books, including Dunham’s book, Not That Kind of Girl due out in October (no release date set quite yet).

Speaking of Best Friends Forever, Gary Shteyngart & Change-rae Lee had lunch with New York Magazine‘s Vulture.com to talk about their new books, Little Failure & On Such a Full Sea respectively, and their plans to retire together in Hawaii. It’s quite a  fabulous little interview.

(Shameless Plug Alert: Join us for A Very Special Valentine’s Eve with Gary Shteyngart here at BookPeople on Thursday, Feb 13 at 7PM. Champagne, candy hearts, and a little memoir called Little Failure, oh yes. The event is free & open to the public.Tickets are required to join the signing line and are only available with the purchase of a copy of Little Failure from BookPeople. Books & tickets are now available.)

BuzzFeed rounded up 14 alternate Catcher in the Rye covers offered up by different artists. They’re both beautiful and right on the money.

Stephen Ambrose was born today. If he were still alive he would have been turning 78.