Spring is in the air and our new releases this week invite you to get in the spirit! Sports, escapes to far-off lands, and a glimpse into our future. Get a taste of what we have to offer below and check out more on our web page now.

The Sports Revolution: How Texas Changed the Culture of American Athletics by Frank Andre Guridy

In the 1960s and 1970s, America experienced a sports revolution. New professional sports franchises and leagues were established, new stadiums were built, football and basketball grew in popularity, and the proliferation of television enabled people across the country to support their favorite teams and athletes from the comfort of their homes. At the same time, the civil rights and feminist movements were reshaping the nation, broadening the boundaries of social and political participation. The Sports Revolution tells how these forces came together in the Lone Star State.

Tracing events from the end of Jim Crow to the 1980s, Frank Guridy chronicles the unlikely alliances that integrated professional and collegiate sports and launched women’s tennis. He explores the new forms of inclusion and exclusion that emerged during the era, including the role the Dallas Cowboys Cheerleaders played in defining womanhood in the age of second-wave feminism. Guridy explains how the sexual revolution, desegregation, and changing demographics played out both on and off the field as he recounts how the Washington Senators became the Texas Rangers and how Mexican American fans and their support for the Spurs fostered a revival of professional basketball in San Antonio. Guridy argues that the catalysts for these changes were undone by the same forces of commercialization that set them in motion and reveals that, for better and for worse, Texas was at the center of America’s expanding political, economic, and emotional investments in sport. 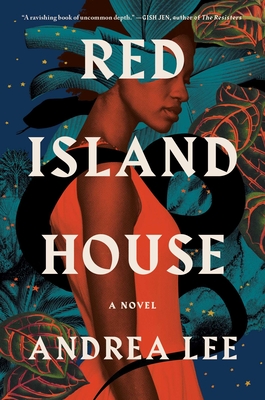 “People do mysterious things when they think they’ve found paradise,” reflects Shay, the heroine of Red Island House. When Shay, a Black American professor who’s always had an adventurous streak, marries Senna, an Italian businessman, she doesn’t imagine that her life’s greatest adventure will carry her far beyond their home in Milan to an idyllic stretch of beach in Madagascar, where Senna builds a flamboyant vacation villa. Before she knows it, Shay has become the somewhat reluctant mistress of a sprawling household, caught between her privileged American upbringing and her connection to the continent of her ancestors.

At first, she’s content to be an observer of the passionate affairs and fierce rivalries around her, but over twenty tumultuous years of marriage, as she and Senna raise children and establish their own rituals at the house, Shay finds herself drawn ever deeper into a place where a blend of magic, sexual intrigue, and transgression forms a modern-day parable of colonial conquest. Soon the collision of cultures comes right to Shay’s door, forcing her to make a life-altering decision that will change her and Senna’s lives forever.

The Vietri Project: A Novel by Nicola DeRobertis-Theye

A search for a mysterious customer in Rome leads a young bookseller to confront the complicated history of her family, and that of Italy itself, in this achingly intimate debut with echoes of Lily King and Elif Batuman.

Working at a bookstore in Berkeley in the years after college, Gabriele becomes intrigued by the orders of signor Vietri, a customer from Rome whose numerous purchases grow increasingly mystical and esoteric. Restless and uncertain of her future, Gabriele quits her job and, landing in Rome, decides to look up Vietri. Unable to locate him, she begins a quest to unearth the well-concealed facts of his life.

Following a trail of obituaries and military records, a memoir of life in a village forgotten by modernity, and the court records of a communist murder trial, Gabriele meets an eclectic assortment of the city’s inhabitants, from the widow of an Italian prisoner of war to members of a generation set adrift by the financial crisis. Each encounter draws her unexpectedly closer to her own painful past and complicated family history—an Italian mother diagnosed with schizophrenia and institutionalized during her childhood, and an extended family in Rome still recovering from the losses and betrayals in their past. Through these voices and histories, Gabriele will discover what it means to be a person in the world; a member of a family and a citizen of a country—and how reconciling these stories may be the key to understanding her own. 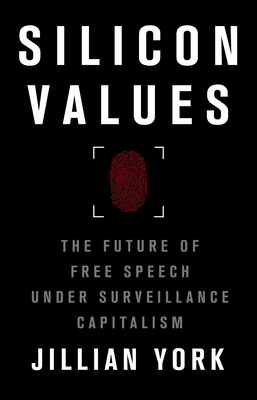 What is the impact of surveillance capitalism on our right to free speech? The Internet once promised to be a place of extraordinary freedom beyond the control of money or politics, but today corporations and platforms exercise more control over our ability to access information and share knowledge to a greater extent than any state. From the online calls to arms in the thick of the Arab Spring to the contemporary front line of misinformation, Jillian York charts the war over our digital rights. She looks at both how the big corporations have become unaccountable censors, and the devastating impact it has had on those who have been censored.

In Silicon Values, leading campaigner Jillian York, looks at how our rights have become increasingly undermined by the major corporations desire to harvest our personal data and turn it into profit. She also looks at how governments have used the same technology to monitor citizens and threatened our ability to communicate. As a result our daily lives, and private thoughts, are being policed in an unprecedented manner. Who decides the difference between political debate and hate speech? How does this impact on our identity, our ability to create communities and to protest? Who regulates the censors? In response to this threat to our democracy, York proposes a user-powered movement against the platforms that demands change and a new form of ownership over our own data.

At once intimate and wide-ranging, and as enthralling, surprising, and vivid as the place itself, this is a uniquely eye-opening tour of one of the great metropolises of the world, and its largest Spanish-speaking city.

Horizontal Vertigo: The title refers to the fear of ever-impending earthquakes that led Mexicans to build their capital city outward rather than upward. With the perspicacity of a keenly observant flaneur, Juan Villoro wanders through Mexico City seemingly without a plan, describing people, places, and things while brilliantly drawing connections among them. In so doing he reveals, in all its multitudinous glory, the vicissitudes and triumphs of the city ’s cultural, political, and social history: from indigenous antiquity to the Aztec period, from the Spanish conquest to Mexico City today—one of the world’s leading cultural and financial centers.

In this deeply iconoclastic book, Villoro organizes his text around a recurring series of topics: “Living in the City,” “City Characters,” “Shocks,” “Crossings,” and “Ceremonies.” What he achieves, miraculously, is a stunning, intriguingly coherent meditation on Mexico City’s genius loci, its spirit of place.

The Art of Losing: A Novel by Alice Zeniter

Across three generations, three wars, two continents, and the mythic waters of the Mediterranean, one family’s history leads to an inevitable question: What price do our descendants pay for the choices that we make?

Naïma knows Algeria only by the artifacts she encounters in her grandparents’ tiny apartment in Normandy: the language her grandmother speaks but Naïma can’t understand, the food her grandmother cooks, and the precious things her grandmother carried when they fled. Naïma’s father claims to remember nothing; he has made himself French. Her grandfather died before he could tell her his side of the story. But now Naïma will travel to Algeria to see for herself what was left behind—including their secrets.

The Algerian War for Independence sent Naïma’s grandfather on a journey of his own, from wealthy olive grove owner and respected veteran of the First World War, to refugee spurned as a harki by his fellow Algerians in the transit camps of southern France, to immigrant barely scratching out a living in the north. The long battle against colonial rule broke apart communities, opened deep rifts within families, and saw the whims of those in even temporary power instantly overturn the lives of ordinary people. Where does Naïma’s family fit into this history? How do they fit into France’s future?

Alice Zeniter’s The Art of Losing is a powerful, moving family novel that spans three generations across seventy years and two shores of the Mediterranean Sea. It is a resonant people’s history of Algeria and its diaspora. It is a story of how we carry on in the face of loss: loss of country, identity, language, connection. Most of all, it is an immersive, riveting excavation of the inescapable legacies of colonialism, immigration, family, and war.

Breasts and Eggs: A Novel by Mieko Kawakami

The Night Watchman: A Novel by Louise Erdrich