Bookseller Lilli F. joins us on the BookPeople blog for a limited series that focuses on manga and various sub-genres that full under that wide umbrella!

The genre “Manga” is a very broad category, so I’m here to help you narrow it down a bit with genres within manga as a whole. This post is going to focus on the genre Shōnen, which is a genre typically classified as a fighting or action-based anime, but extends past that definition in many cases.

Typically, Shōnen focuses themes of friendship and characters coming together to combat some

enemy that often seems unbeatable. It is a genre for the hopeful and those who want to experience edge-of-your-seat action paired with characters you want to root for. Shōnen is often long-running, but some series span only a few volumes, so reading Shōnen does not always mean a long time commitment.

Shōnen is the most widely circulated genre of manga, popularized by the weekly publication of Shōnen Jump in Japan. Series including One Piece, Haiyku!!, Demon Slayer, and The Promised Neverland started out on Shōnen Jump before publishing their own volumes as the series progressed.

This is just a brief introduction to the genre via a few of my favorite manga series that fall into this category! I hope that one of these catches your interest! 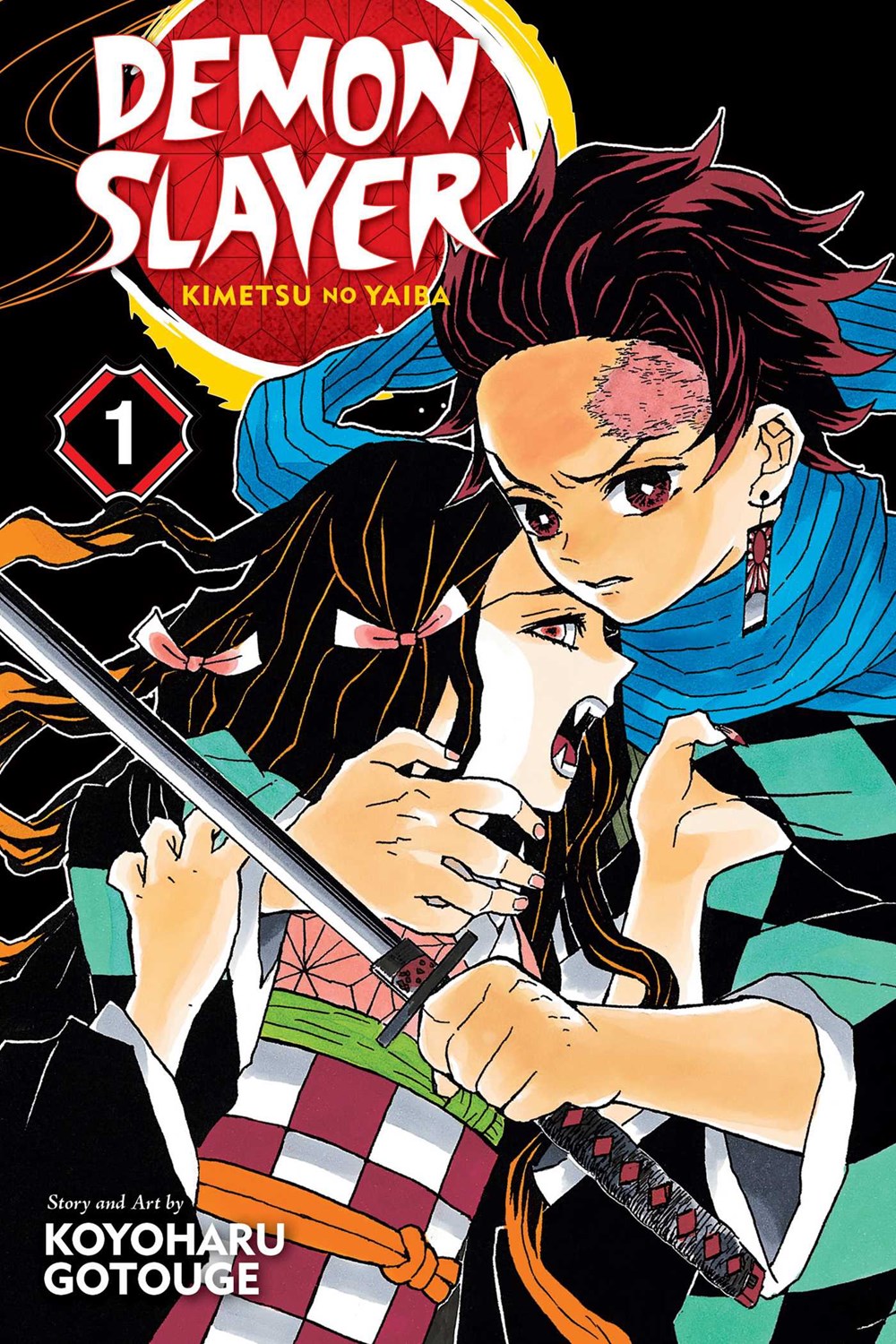 This manga follows the tale of Tanjiro, who comes home one day to discover that his family has been slaughtered and his only surviving sister has been turned into a demon. From here, he is set upon the journey of joining the Demon Slayer Corps, whose mission is to eradicate demons entirely, all the while seeking a cure for his sister.

This manga is action-packed and has a wide cast of characters for you to root for throughout its twenty-three volumes. It also has an anime that premiered in 2020 with massive success, so if you watched that, this is your chance to get ahead of the story.

All of the talk around this manga and anime created real history in 2020. The last volume of the series hit a record of 2,855,000 copies sold within its first week of printing. And that was just in Japan! The 23rd volume has yet to be released in print in the United States, though you can still get your hands on the English translation of volumes 1-19 in print here. The rest of the series is set to be released in the US by August of this year.

I read this series at the beginning of quarantine after watching the first season of the anime and finished everything that had been released within a single day! It was an absolutely addicting read, and I doubt I could have put it down even if I wanted to. I highly recommend taking a look at this series, especially if you have been wanting more Demon Slayer content while waiting for the movie to debut!

Shōnen is the most widely circulated genre of manga.

Luffy is on a mission to become the King of the Pirates. He and the rest of the Straw Hat Pirates travel across the East Blue, the Grand Line, and into the New World during one of the longest-running manga series of all time.

There’s adventure and danger around every corner, and as you travel with them through treacherous waters time and time again, it feels like you have become one of the crewmates yourself.

Although the length of this manga is rather intimidating, there is something to be said about a story that is so compelling that millions of people continue to read it after all of this time.

When Yuji Itadori and his friends stumble across a maleficent relic, he is plunged head-first into a world of curses and Jujutsu sorcerers. He suddenly is attending a new high school for Jujutsu sorcerers in training, while balancing the fact that the Lord of Curses is now a part of him. The darker moments of this manga are balanced out by hilarious characters that come together to create an altogether irresistible story.

This series has been wildly popular since its debut, and even more so now that the anime has started airing this past year. It’s a great opportunity to start reading a series that everyone is talking about.

From the author who wrote One Punch Man, another wildly popular Shōnen manga, Mob Psycho centers around the middle-schooler Mob, who wields massive amounts of psychic powers. This story is hilarious and heartwarming, and has a vibe very unique among other Shōnens, since the main character is rather put out by his own abilities.

This series is also fabulous to look at while you read, with a stunningly unique art style that perfectly matches the tone of the work.

Izuku Midoriya is a powerless kid in a world of superheroes. In this superhuman society, 80% of the population has abilities called “quirks,” and with the emergence of these powers, super villains and heroes appeared. Even though Midoriya has no powers, he wants nothing more than to be a superhero, like his idol All Might. In a twist of fate, Midoriya comes face to face with his hero and starts on his path to becoming a true hero.

This series is so much fun! Though the stakes are high later on in the series, it focuses on the lives of students whose aims are to become pro heroes after they graduate. The series takes a look at the actual implications that a superhuman society would have, and though it has dark moments, told from the perspective of students there is an overarching feeling of hope that permeates this whole story.

Though there are many, many more series that fall under this category, I hope that this gives you a place to start exploring the genre! Whether you like long stories that you can lose yourself in for days, or prefer stories that you can eat through in a day, Shōnen is a genre that truly has something to offer everyone.

You can explore these titles and others like them in this list featured on BookPeople’s site now. And stay tuned for Part 2 where Lilli F. drops more manga knowledge for you.

2 thoughts on “Jump Into Manga with Lilli (Part 1)”