Even though this year was one that none of us would have ever seen coming, our booksellers have still found plenty to be thankful for this year–loved ones, friends, and of course, new books to share with them! Check out their recommendations of the week below, and have a safe and happy holiday! 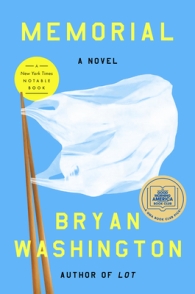 In Memorial it’s the words unspoken that drive the narrative and weigh heavily on its characters. Washington introduces the reader to two nuclear families connected by a relationship. His love for food is apparent as we travel through the bars, restaurants, and grocery stores of Houston, always looking for a way to connect. This is a slow and measured book that is often sad, sharp witted, and ultimately hopeful. 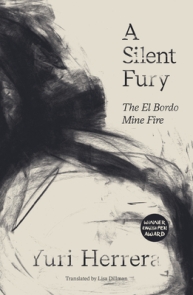 A Silent Fury by Yuri Herrera

In 1920, a fire raged in the American-owned El Bordo Mine, killing 87 people and leaving seven survivors stranded for six days. It happened in writer Yuri Herrera’s hometown of Pachuca, where almost no written history of the event existed, save for a few articles and a short official report. In this slim, effective piece of journalism, Herrera asks the questions nobody did at the time — who made the decision to seal up the mine so hastily, leaving so many inside? Why? Why were discrepancies in accounts from the mine’s administrators left unexamined, even when they contradict themselves within a single page of the official report? Why weren’t families allowed to bury their dead? Unlike the officials, journalists, and investigators who dictated the original history, concerned as they were with getting the mine back up and running as quickly as possible, Herrera focuses on the impact this catastrophe had on the humans involved. Here we have another horrible story of what happens when the powerful prioritize money and material over people; Herrera gives voice to the story untold to clarifying, devastating effect.

Holly Black returns to her stellar Folk of the Air series in this gorgeously illustrated book of short stories. This time, Carden gets to tell the story, with chapters spanning from before Cruel Prince to after Queen of Nothing. Black’s trademark fairy tale lilt combined with Rovina Cai’s stunning artwork made for a collection that I devoured in a single evening. A delightful return to one of my favorite YA fantasy series!

Find these books and so many more in store and online at BookPeople.com!