Kids bookseller Natasha is sharing some of her favorite YA retellings! Check out the list below!

Scavenge the Stars by Tara Sim: A stunning gender-swapped Count of Monte Cristo retelling. Truly a rags to riches story about a girl, Amaya, working as a slave on a fishing boat and when she is released, she finds her family is gone. A mysterious stranger offers to help her seek revenge, but what does he want in return?

Pride by Ibi Zoboi: Zuri Benitez has pride — she’s proud of her neighborhood, her

roots, and her family. When a wealthy family moves in across the street, Zuri swears to hate them for ruining her neighborhood, but as she spends more time with one of the sons, the arrogant Darius, she finds she can’t hate him. Zuri must fight to find her place in Bushwick’s changing landscape, or lose it all. A beautiful, updated Pride and Prejudice remix.

The Bird and the Blade by Megan Bannen: Based on the opera Turnadot, The Bird and the Blade is a lush, beautiful story about love, life and death, sacrifice, battles and riddles, and finding yourself after you’ve lost everything. Jinghua has lost everything — her family, her home, and even her freedom. She finds herself on a journey across the Mongolian empire with the Prince Khalaf and his father. While on the journey, Jinghua hatches a scheme to escape, but finds herself growing more and more attached to the prince, who is determined to win the heart of the cunning princess, Turnadokht.

Bull by David Elliott: An incredible novel in verse about the Minotaur and Theseus. Each character has their own style of poetry that keeps you engaged and entertained as you rediscover the Minotaur and find out that maybe the monster you know from legend isn’t such a monster after all.

Romanov by Nadine Brandes: A magical reimagining of the final days of the infamous Romanov family. Anastasia Romanov has one job — to smuggle an ancient spell into her suitcase on her way to Siberia. This ancient spell is her family’s only hope for salvation. As their situation becomes more dire, Anastasia becomes more desperate for the spell to work. Can she save her family before it’s too late? 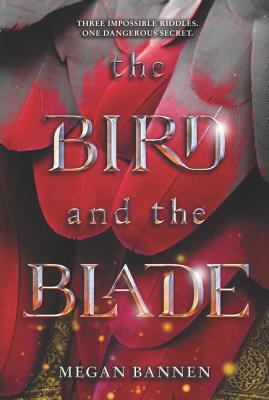 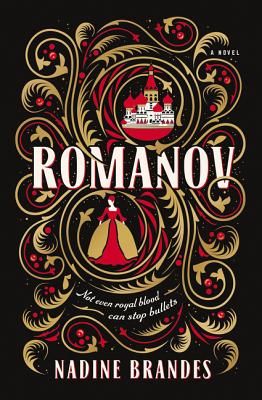 The Guinevere Deception by Kiersten White: A new and exciting retelling of the classic tale of King Arthur. Guinevere, who is not Guinevere but a changeling, must suddenly and swiftly adapt to royal life and being a queen, while also fulfilling her secret mission from Merlin to protect King Arthur from magical threats. Guinevere tries to adjust to a new, magic-free Camelot, with Arthur’s nephew Mordred watching her a little too closely for comfort. When will this magical threat Merlin warned Guinevere about appear, and will she be strong enough to save Arthur?

House of Salt and Sorrows by Erin A. Craig: In a manor by the sea, a family lives

cursed. Once there were twelve sisters, but that number is dwindling year by year, and Annaleigh is determined to figure out why. After yet another death of one of her sisters, Annaleigh and her remaining sisters find a secret passage to a land where they can forget about their curse and dance the night away. Annaleigh begins to suspect this magical world and it becomes a race to unravel all of her family’s secrets before she loses another sister. Based on the fairy tale The Twelve Dancing Princesses.

The Magnolia Sword by Sherry Thomas: A warrior in disguise for her entire life, Mulan has trained for only one thing — to win a duel against a rival family for the honor of wielding two priceless swords. When a messenger from the emperor arrives and demands a member of each family fight in the war against the Rouran invaders, it is up to Mulan to serve the emperor and fight. Thanks to her superior fighting skills, Mulan is chosen to be part of an elite team under a princeling, who has some secrets of his own. Can Mulan uncover all the secrets and save China before it’s too late?

A Study in Charlotte by Brittany Cavallaro: A modern take on the classic Sherlock

Holmes stories. Charlotte Holmes and Jamie Watson are direct descendants of the legendary detectives, but living up to that name is harder than it sounds. When murders start happening on their campus that mirror Holmes and Watsons’ old mysteries, everyone blames Charlotte and Jamie. Can they clear their names and solve these murders before anyone else gets hurt?

Heart of Iron by Ashley Poston: A sci-fi epic based off the mythology surrounding Anastasia, the Russian empire, and the Romanov family. Ana is a scoundrel and an outlaw, found in space with a droid D09. Recently, D09 has been glitching and Ana will stop at nothing to keep him alive. His glitching leads him and Ana to a lost ship that could give Ana all of the answers she’s been searching for. But when a darkness from Ana’s past returns, she must face the impossible decision of saving her kingdom or the boy she loves.

We hope you enjoyed the list and found something new to read today! Find all of these books and more at bookpeople.com!