We’ve got a special post this week from one of our floor managers, Melissa L. She’s put together for us her favorite reads of 2019, and it’s a good one. This list has short stories, dazzling novels, a bit of the fantastic and something to pique the interest of a literary buff. Read along for her thoughts! 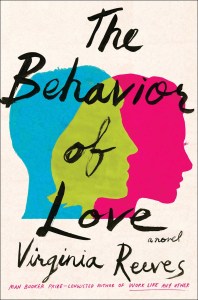 The Behavior of Love by Virginia Reeves:

Written by an Austin author, this book deals with the complications of love and how it affects our entire being at times. Our protagonists are a couple that appears to be happy to the outside world but are in fact a couple with many problems hidden beneath the surface. This novel is an exploration of human nature and behaviors, and the way we express our love and how it can alter our decisions. 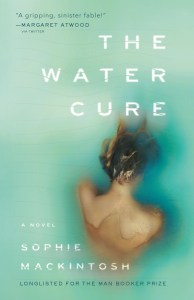 The Water Cure by Sophie Mackintosh:

In an undisclosed time and place, three girls have been hidden away from the world; told that interaction with the outside world would mean a sure death. So when three men show up on their island, what seemed like a faraway folk tale becomes their reality. This is not a light journey to take, but is important nonetheless because surely you will feel yourself in one of the sisters, and surely you will be thankful you read it.

This is Not a Love Song by Brendan Mathews:

A short story collection is always good in my book! Every story in this one is some different approach to love and how it affects us, or can bring out the weirdest in us. It deals with obsession in a way that doesn’t feel judgmental, but empathetically, like you understand every decision a character makes. Each story was good, and each story was my favorite for one reason or another.

Galaxy “Alex” Stern just so happens to be able to see dead people. This skill leads her to getting a full ride at Yale, but only if she uses it to assist all of the school’s Secret Societies out during their occult rituals, which are also bleeding with magic. What starts innocently enough, if you can really call it that, becomes a murder mystery of sorts when a seemingly random girl shows up dead on a street corner. Alex’s near obsession with finding the girl’s murderer causes a series of events that test magic in depths that Alex never thought were imaginable.

Hollow Kingdom is set in a world where humanity is beyond saving. As far as Shit Turd (ST for short) the crow and his companion, Dennis the Bloodhound, know, their human (or MoFo as ST knows them by), Big Jim is acting weird, and perhaps they can find a way to save humanity.

This adventure eventually forms into a ploy to save all the domestic animals, which causes them to meet many species of animals and see how their lives have changed as humans disappear around them. 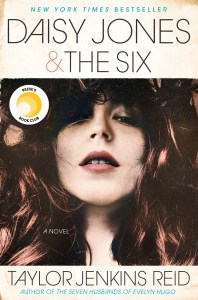 Daisy Jones is potentially the hottest chick in rock music ever, and the band, The Six, could be the biggest band in rock n’ roll history.

When they come together beautiful music is born, along with drama, love, and addiction. Written like a transcript, each character has their own distinct voice which makes them all true and alive.

After you read this, you’ll want to listen to their album, and you’ll want to go to a concert and see the entire band at it’s prime. Too bad it’s all fictional and impossible. 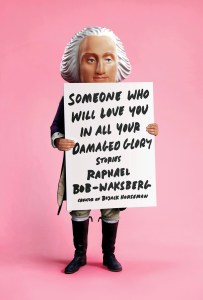 This short story collection is written by the creator of BoJack Horseman, Bob-Waksberg, who is a master at making the unusual sound and read like it’s normal.

Each story starts completely normal, then changes into a creature you were unaware you needed. Laughing out loud is something that is going to happen, but looking at the book with a confused expression is also something to anticipate.

Imagine waking up one day with a set of vivid memories from a life you are not currently living. Enter a version of our world where the disease False Memory Syndrome is invading the human race. Is it truly an illness, or is something much more terrifying happening around us? We follow two characters affected by this phenomenon at the root of it all. Can whatever is occurring be stopped or will existence itself be forever influenced by false memories?

In An Absent Dream by Seanan McGuire:

Unintentionally reading a whole book in one sitting is always a fantastic sign and is something I proudly did with this book.

When Katherine Lundy is eight years old she finds a doorway in a trunk of a tree that she’s pretty sure wasn’t there before. The world is different, in the sense that she is allowed to come back and forth between lands but time does not slow down in the world where favors are used for currency and dangerous consequences occur if those requirements aren’t filled.

McGuire tells modern fairy tales in a way that would knock the Brothers Grimm off their feet, in a manner that makes you forget where you are and the story remains your only memory.

The Incendiaries by R.O. Kwon:

This is a novel about a woman becoming a part of a cult. The difference between this novel and every other about a cult though is that it is told through the eyes of the boy who fell in love with her as it was happening.

It was whimsical and vague and just over 200 pages, and to be honest, that is my favorite kind of novel. It is easy to pick up and read the entire thing in one sitting.

Melissa L. is a floor manager at BookPeople and an avid reader. You can find these titles for purchase in-store and online now. And when you stop by, make sure to look out for Melissa’s other recommended reads throughout the store!