This week’s incredible new releases include some of the most buzzed about books of the year! 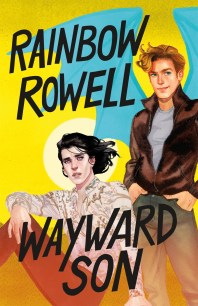 This is by far one of the most anticipated YA books of the year! If not around the world, then DEFINITELY at BookPeople. Wayward Son is the sequel to Rainbow Rowell’s bestseller, Carry On, which is beloved by many of our booksellers. This week, you might spot said booksellers around the store with their noses inside their copies of Wayward Son, so for now we’ll just share Tomoko’s blurb about Carry On, in case you need to jump on the bandwagon! She says, “”CARRY ON borrows from, diversifies, and talks back to popular chosen one stories (with so many Harry Potter references!). Entertaining, representational, and thoughtful—also, so very British and so wonderfully meta with great characters and magic system. CARRY ON is tops and while I loved that it was a great standalone (so rare in Teen Fantasy!), I am over the moon excited about WAYWARD SON coming soon!! Rainbow Rowell has such a fun and loving tongue-in-cheek approach to geek culture and chosen one stories.” You can also meet Rainbow Rowell at this year’s Texas Book Festival!

Who Put This Song On? by Morgan Parker

Morgan Parker is an established poet and editor, known for inquisitive and inspiring

works such as There Are More Beautiful Things Than Beyoncé and Magical Negro, but she’s new on the YA block! Her teen debut is loosely based on her own experiences, focusing on our protagonist, Morgan, who constantly feels weird, alone, and under pressure to behave a certain way. Who Put This Song On? is a relatable and honest celebration of “weird” Black girls who deserve to simply be themselves.

A Dream So Dark by L.L. McKinney 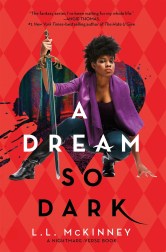 We had the opportunity to meet L.L. McKinney at last year’s Texas Teen Book Festival, and she is seriously the coolest! A Dream So Dark is the thrilling follow-up to her successful novel, A Blade So Black (which sold out at TTBF!). We go deeper into the dark version of Wonderland, where Alice must cross the Veil to rescue her friends and stop the Black Knight once and for all. We’ve been waiting on pins and needles for this one and are so excited it’s finally on our shelves– plus, the paperback of Blade So Black is out now, too!

The Other F Word: A Celebration of The Fat & Fierce, edited by Angie Manfredi 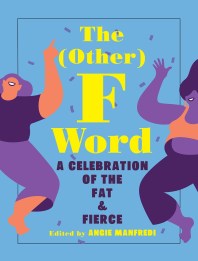 Get ready to feel empowered! We absolutely love this important, intimate collection of personal essays compiled by writer and librarian Angie Manfredi. The Other F Word is indeed a celebration, bringing together diverse voices– and diverse bodies– to encourage readers towards a path of self acceptance. There’s also gorgeous illustrations, poetry, and handy tips, all from contributors like Julie Murphy, Samantha Irby, Renée Watson, and more.

We can’t wait to see these talented authors at Southwestern University on October 12th! 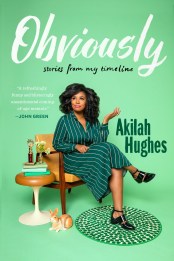 From YouTube sensation and comedian Akilah Hughes comes Obviously: Stories from My Timeline, a refreshing, hilarious collection of personal essays for fans of Tiffany Haddish and Mindy Kaling. We love that she even created a Spotify playlist to go along with the book, which you can find online. Akilah is one of our two Keynote Speakers this year, and we can’t wait to hear what she has to say!

Joelle Charbonneau’s Verify comes highly anticipated by one of our Teen Press Corps, Rosie. A cautionary tale on the dangers of censorship and information restriction, this is a timeless read that will ring true to today’s and future teens. TTBF had a great interview with the author, where she says, “…we all need to look at the power words have and the danger of believing what we assume or are told is true instead of verifying facts for ourselves.” Read the complete interview here. 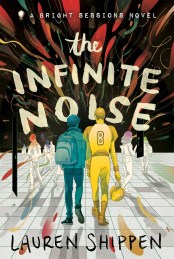 A YA debut from the creator of The Bright Sessions podcast, Lauren Shippen! The story focuses on Caleb Michaels, your average 16-year-old who goes to school, plays football, argues with his little sister…. average that is, until he starts experiencing mood swings that are everything but typical. Turns out Caleb is an Atypical, an individual with enhanced abilities, which sounds cool except his ability is experiencing extreme empathy. He basically acts like a sponge, taking in the feelings and emotions of everyone around him. That is a LOT. His life gets even more complicated when he gets pulled into the emotional orbit of one of his classmates, Adam. Twists, turns, and drama await!

Brittney Morris’s debut might be one of the buzziest books of the year– it’s even our YA Buzz Book for September! Teen Press Corps member Ivy calls SLAY ” a short and smart novel about the importance of freedom, pride and safe spaces where people can be their kickass selves in today’s frustratingly unjust society.” Read his full review here.

One thought on “Teen Thursday: Get ’em while they’re hot!”