We’ve had the pleasure of working closely with the Austin-based author over the years, most recently hosting her for the release of The Camelot Code: The Once and Future Geek, which is beloved by our staff and the Teen Press Corps (read Ava’s review here!), and at the 2019 Summer Reading Splash, our book festival for middle grade readers, in May. 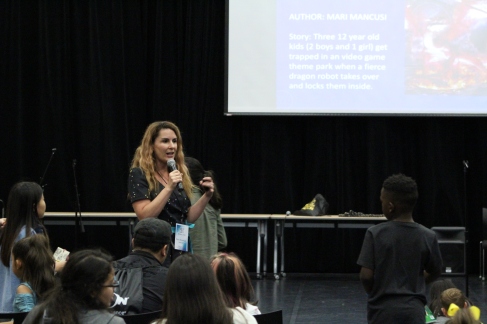 During the Splash, Mari led an awesome “Make Your Own Cover” workshop, where she had the kids envision and design their own cover for Dragon Ops! We obviously haven’t had a chance to read the book yet, but Mari shared a bit about it before the designers got to work. Set on a once-deserted island, there’s the three beta players– classic Ian; his adventurous sister Lily; and their too-cool-for gaming cousin Derek have been lucky enough to score an invite to play Dragon Ops before the game becomes open to the public. Once inside though, they find themselves trapped in the game, taken over by a rogue AI dragon called Atreus. *Tun tun TUUUUUUN* Without cheat codes or do-overs, they’ll have to find a way to beat the game and survive in real life.

About the workshop, Mari says, “We treated the kids like actual cover artists, giving them the same information a real cover artist gets from the publisher before starting their work. We read the book’s description, introduced them to the characters and showed them a vision board that the publisher had created to get the feel for the book. Then they got right to work!” 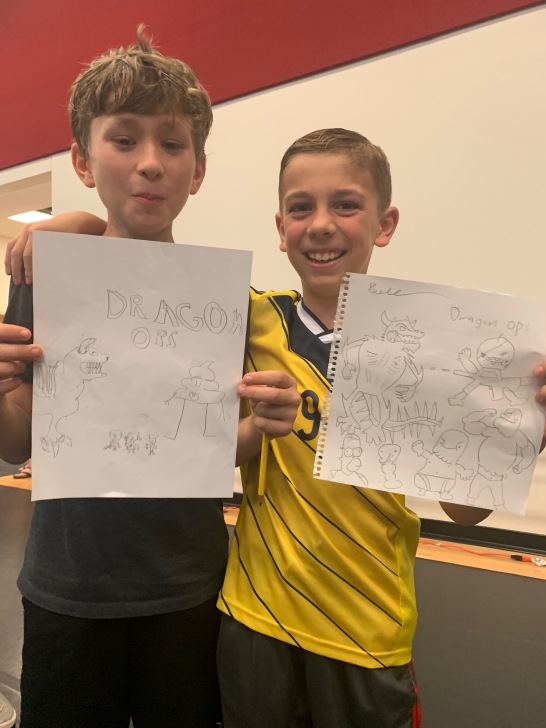 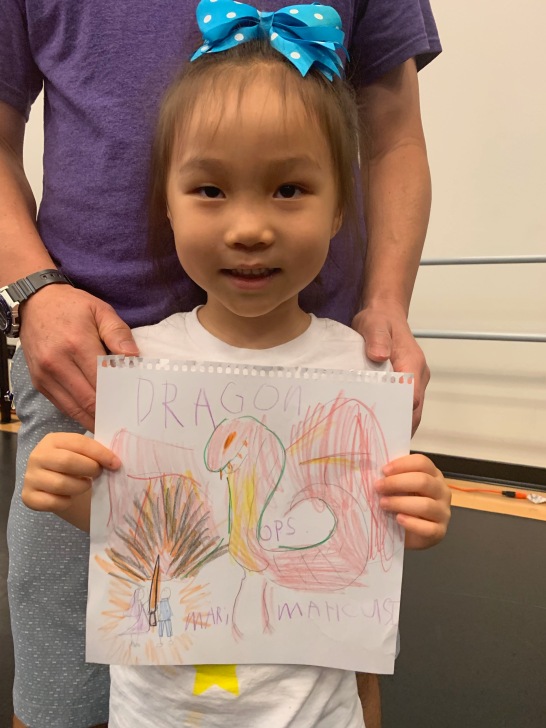 “I was so impressed by their finished designs! In only fifteen minutes time they all had their initial sketches of what the cover should look like. Each one with a unique vision and spin. I couldn’t pick a favorite! I honestly would have been excited to have any of these cover concepts for Dragon Ops! They were all so unique and creative. It wouldn’t surprise me if one of these kids grew up to be a cover designer themselves.”

Here’s a closer look at some of these amazing designs: 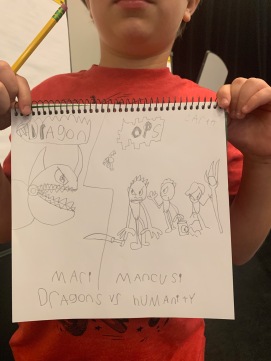 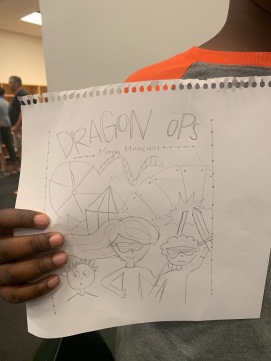 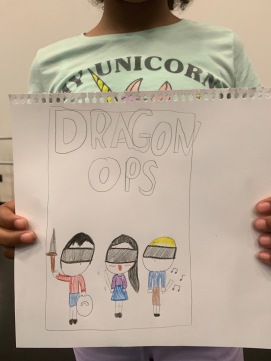 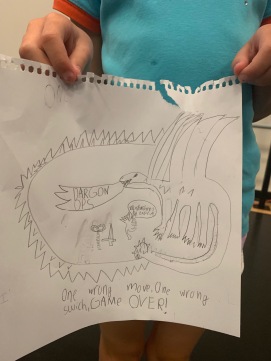 “When I do school visits, a lot of kids have questions about covers. Many think an author designs their own. They’re shocked to realize that we usually have no say in what our book cover looks like. And that we often don’t even see it until it’s finished. So this was a great workshop to dispel cover myths as well as chance to get creative. Who hasn’t wanted to reimagine a cover on their favorite book?” says Mari.

So, what do you think of these cover designs?! We personally think Disney would be lucky to have any of these artists… 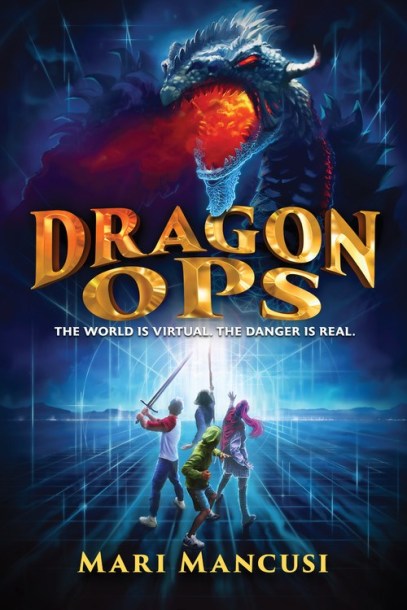 If you’re an early bird like us, you can pre-order now from BookPeople here.