Some fall teen titles our booksellers are excited for…

Sure, we’re a teensy bit sad summer’s coming to an end, but we’re also DYING FOR THESE BOOKS TO HIT THE SHELVES! We’re not the most patient of people. We’re BookPeople! 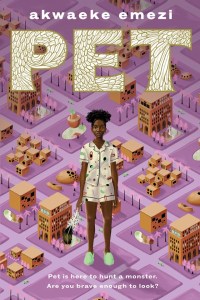 Akwaeke Emezi is coming to Texas Teen Book Festival this year, and we couldn’t be more excited! Already beloved by several of our booksellers, Pet is an unforgettable tale of identity, justice, and unconventional monsters… Tomoko says, “This book is SO GOOD. Profound and insightful, PET naturally brings to life a diverse world that has moved itself past the era of “monsters”. The monsters are gone, and the systems that enabled them have been dismantled. So when a frightening creature springs to life from a painting and claims that one has escaped justice, no one but Jam believes. Using fantastic devices in a familiar world, Akwaeke Emezi explores the fear, denial, and action involved in exposing abuse. I love the world Emezi built–a utopic what-if setting that holds so much hope (and warning)–and I LOVE her protagonist Jam, a trans girl who prefers to speak in Sign, who finds a way to power past the fear and see the unseen.” 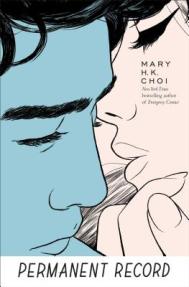 Another TTBF 2019 author, Mary H.K. Choi charmed readers with her bestselling novel, Emergency Contact. Permanent Record comes highly anticipated by her readers. Weirdly, Eugenia has NOT read Emergency Contact, but now she’s definitely going to! She says, “I haven’t read Mary HK Choi’s Emergency Contact, but now I know I have to! I found her writing style completely fresh, cool, and irresistible! Pablo’s voice is clear, even if his life path is not. After dropping out of NYU, Pablo Rind is aimless, working nights at his local bodega and avoiding his ever-growing pile of bills. One night, Leanna Smart, former Disney actress and pop superstar, walks into his bodega, chats him up about snacks (his one true passion), and changes his life forever. Choi smartly dives into the ups and downs of social media and how it alters our relationships, all while focusing on that terrifying and exciting time known as our 20s. A fun, fantastical romance that isn’t afraid to get messy, Permanent Record gets real on family expectations, student debt (sometimes I wanted to shake Pab and yell at him to OPEN THOSE BILLS!!!), and more.”

Are You Listening? by Tillie Walden 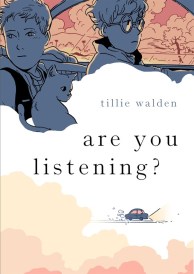 We love, love, LOVE Tillie Walden here at BookPeople! All of her books come highly recommended by our booksellers. And sure, we might be a bit biased since she’s from Austin, but her talent is truly remarkable. Her new novel is one of our most anticipated of the year! A couple of booksellers have snagged ARCs and here’s what they have to say:

“Tillie Walden shines again in this engrossing, touching tale of two women on a road trip across a dark and twisted Texas landscape. Walden’s illustrations are delicate yet powerful in this unique take on a coming-of-age story that will leave you shaken, delighted, and gasping for more!” – Willow

“Tillie Walden creates a beautiful and terrifying scape for her characters Bea and Lou to travel across on their drive through Texas, where strangness seems to blanket everything. As the girls encounter more of the odd world around them, they likewise begin to encounter their own truths. ‘Are You Listening?’ is a story of rescuing cats, finding whimsy at every turn, and healing through the conversations and connections you have with another. You will get lost alongside the pair as miles upon miles turn out behind them in Walden’s latest graphic novel.” – Lilli

Pre-order Are You Listening? here. 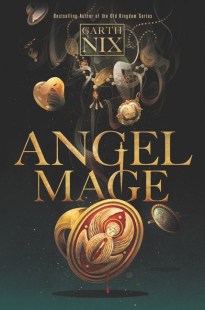 Garth Nix is a huge BP bookseller fave! Rachel R, Will, and Thomas are just a few of our booksellers who are thrilled about his upcoming novel. They managed to get advanced copies and here’s what they have to say:

“Garth Nix is so good at creating complicated and nuanced fantasy worlds, and Angel Mage is no exception. Even at almost 600 pages, I wanted the book to be longer!” – Rachel R

“I have to preface this with the fact that I adore The Three Musketeers. I have many fond memories of reading it as a child and fantasizing about fighting evil with both rapier wit and just plain old rapier. I can see that Garth Nix shares this same love because Angel Mage is an absolutely wonderful re-imagining of that sort of world. We are drawn beautifully into a place where not only are there musketeers but here the Cardinals soldiers wield angel magic alongside their own blades. Angels are an everyday part of most everyone’s lives and is at the heart of the conflict of the story which starts quite some time after an entire nation falls prey to some sort of perversion of angel magic and turns a large portion of their populace into terrible monsters while making it to where those that escaped cannot be touched with angel magic lest they transform as well. Introduced into this mix are four characters: A Clerk, A musketeer in the making, a doctor, and an icon-maker. These characters are fully realized and I could not put this down. I highly suggest this to both fans of The Three Musketeers as well as those looking for a new fantasy novel to enjoy!” – Will

“Garth Nix never fails to impress every time I read something new of his. I was a huge Dumas, especially the Musketeers, fan as a kid and this adaptation of their story was a wild ride from start to finish that I had an absolute blast with. I’ll also admit that I’m completely obsessed with Catholic history and mythology so this book combined two of my favorite things so there’s no way I wasn’t going to love it. Action, adventure, politics, love…Nix hit’s every high of romantic adventure fiction in Angel Mage, and hit’s them so well that I more of it right now. Though that’s a feeling I’m used to with Nix, I can never wait for the next one!” – Thomas

What book(s) are you (im)patiently waiting for?!