Eugenia talks about YA thrillers that kept her up past her bedtime!

I have no idea where my love for teen thrillers comes from– I’m gonna say it’s from growing up on a healthy dose of Pretty Little Liars and Gossip Girl. Yes, I’ll argue that in a way, GG was a thriller. Y’all, these kids were being stalked by an omnipresent being and everyone was just cool with it? CRAZY. Anyway, for a few summers now I’ve lived on a mix of blood-pumping page-turners and sweet, comfort reads depending on the day. Lately I’ve had a lot of teen readers asking for these, so I finally feel like I’m not alone! Here are a few recent faves: 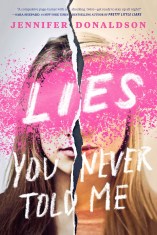 Lies You Never Told Me by Jennifer Donaldson

When this came out last year, I became OBSESSED and I’m thrilled it’s now out in paperback! Partly set in Austin, (the author was a BookPeople bookseller, heyaaa) this story focuses on four characters– Gabe, Elyse, Sasha, and Catherine– while alternating between two story lines full of twists, turns, and untrustworthy teenagers. Yes, they will connect– the question is, how?! I remember staying up super late to finish this book and audibly gasping near the end. Donaldson has a new book coming out this fall, and I can’t wait to get my hands on it!

The Walls Around Us by Nova Ren Suma

I read this years after its release and I’m so glad I did! When readers say something is “hauntingly beautiful”, I’m pretty sure they’re specifically talking about Nova Ren Suma’s writing style. Think female friendship, murder, ambitious ballerinas, and abandoned prisoners; at its heart, The Walls Around Us is a ghost story that will keep you guessing until the very last page. Here’s a line I loved from the book: “Because that was the night we went wild. I remember how we fought and we cried and we hid and we flung ourselves through windows and we pumped our legs with everything we had and we went running as far as we could make it, which wasn’t far… We were alive. I remember it that way. We were still alive, and we couldn’t make heads or tails of the darkness, so we couldn’t see how close we were to the end.” SO GOOD! 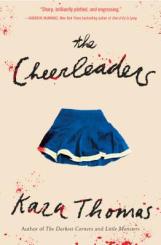 The Cheerleaders by Kara Thomas

The Cheerleaders is great for fans of PLL and Riverdale, a twisted and dark tale about the the cheerleaders of Sunnybrook, who all mysteriously died five years ago. Now, people want to honor their memory, except for Monica, who just wants to forget. The anniversary of the cheerleaders’ deaths brings up new information, and Monica’s somehow caught in the middle, forced to question the past and everything she thought she knew. Disturbing, creepy, not for the faint of heart. 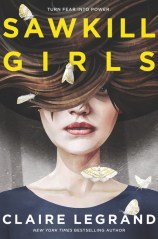 If you know me at all, I probably already talked your ear off about this book. It was one of my favorites from 2018, a dark and feminist read set in a mysterious island where young girls have been disappearing for decades. What’s happened to all those girls? Why doesn’t anybody care? Finally, three remarkable girls happen to come together to discover what’s behind those disappearances… with a dash of magical realism, queer characters, and beautifully written female characters, this book is a winner! Popular among our staff, MK calls it “a modern classic in the making” and Savannah says it’s great for fans of Stranger Things and Leigh Bardugo.

This is probably the buzziest title in months and I feel like everyone who’s read it has become obsessed with it! Creepy and atmospheric, Wilder Girls centers around the Raxter School for Girls two years after the Tox hits. Some students are long dead, but the ones who have survived no longer look like themselves– messed up faces, extra spines, a second heartbeat, the girls have slowly learned to live their lives differently. Alone. In danger. Many have likened this to Jeff VanderMeer’s Annihilation, and I think that’s a fair comparison. Great for fans of sci-fi, fantasy, adventure, and badass female characters.