For Asian Pacific American Heritage Month, Tomoko is celebrating some of her favorite books written by authors of Asian American and Pacific Islander heritage.

When I was a kid, I wanted to be a writer so badly.
I wrote all the time and I loved the idea of crafting a world that someone could crawl into and live within for hours, or days, or weeks…
I also just really wanted to see my name on the cover of a book.
But… “Tomoko Bahrs”. I’d never seen a writer’s name that looked like that. So, my 10-year-old brain immediately decided that I would need a pseudonym. Even Bahrs didn’t have what I thought was an “authorial” weight, so my pen name was Eliza T. Browins (100% accurate, I have the notebooks to prove it). Just like that, I erased everything that didn’t “fit”. I eventually outgrew it, thankfully. And, even better, though I’ve become an artist instead of a writer, there are now so many books out there with names like mine on the cover — names like Marie Lu, Jenny Han, Renée Ahdieh, Roshani Chokshi, just to name a few.

Below are a few authors (and their books) that are particularly special to me:

Kendare Blake was born in South Korea and adopted by American parents — she’s the author of the horror Anna Dressed in Blood series and the fantasy Goddess War series. 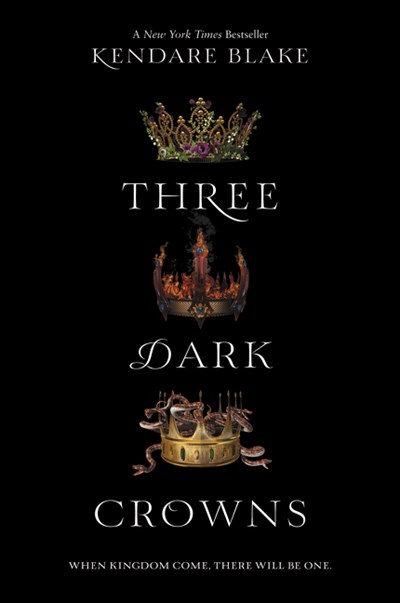 I discovered her work when a coworker gushed to me about Three Dark Crowns. It’s so good, y’all, you are going to want to share. The story of a magical island where the Queen always has three daughters who must fight each other (to the death!) for the throne with their gifts, it’s dark with plenty of political intrigue and devastating secrets. Plus, when the sequel arrived a year later I could still remember ALL the important plot points from Three Dark Crowns as I started One Dark Throne — Blake’s writing is JUST THAT GOOD. Especially if you’re coming down off your Game of Thrones binge, dive into Three Dark Crowns, you won’t regret it! The best thing about this series? There’s only one book left and Five Dark Fates is set to come out in September, so you don’t have long to wait!

Jillian and Mariko Tamaki are the grandchildren of a man who emigrated from Japan, and while he was in college, his family was interned in a camp. (They are Canadian, so I suppose I’m cheating a little, but Canada is part of North America.) The cousins grew up close and collaborated since childhood — while Mariko writes, Jillian draws. Skim has

been on my to-read list forever, and their prize-winning/hotly contested This One Summer is the simmering slice of life story of childhood ending and the discovery of what comes next. Jillian holds a special place in my artist heart — while both are very inclusive in their work, I love that Jillian puts faces to the multi-racial characters in their stories, plus the violet hues and graceful linework in This One Summer are just to die for. Absolutely check out Jillian’s solo work SuperMutant Magic Academy, as well as Mariko’s latest, a collaboration with Rosemary Valero-O’Connell, Laura Dean Keeps Breaking Up With Me. Not only is it gorgeous, the story is intimately familiar and, at points, completely heart-wrenching. Plus, don’t forget Lumberjanes, which Mariko writes for! Basically, read everything these two touch!

Australia, but I just love Shaun Tan and believe that he should be honored everywhere for his incredible storytelling and illustration skills. He does a lot of picture books, but they’re more than suited for older readers with major concepts and weird, darkly atmospheric art that just makes you want to reach out and touch it. The Arrival was one of my first introductions to his incredible skill and it’s a gorgeously rendered immigrant story, and Cicada, his newest, is about workplace inequality and racism. For teens though, Shaun Tan’s The Singing Bones is a take on the Grimm Tales, interpreted through Tan’s sculptural work, while Tales from the Inner City presents a gorgeous dreamscape paired with his minimalist storytelling. This man is inspirational! 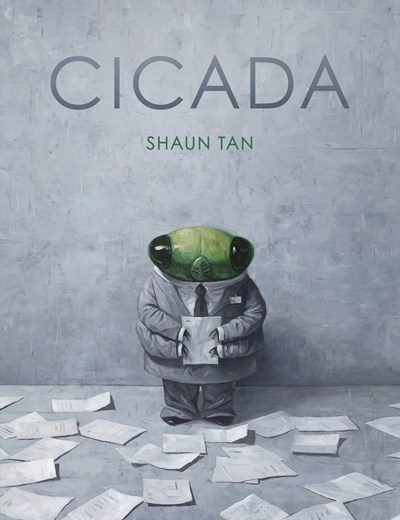 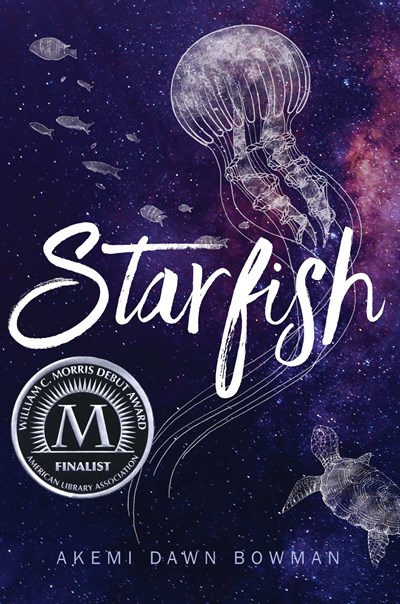 that gives you all of the feelings)! Like Bowman, her protagonist Kiko is biracial, half Japanese and half white. Kiko is counting down the days until she can escape from an abusive family situation and attend her dream art school. Bowman handles the complexities of social anxiety, trauma, and abuse, with 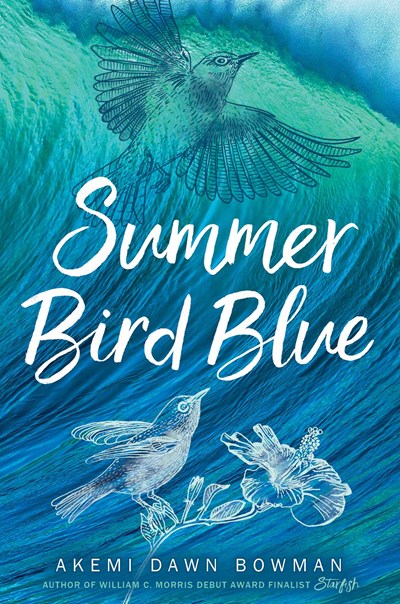 compassionate and emotionally resonant depictions of what’s it’s like being surrounded by a toxic culture that doesn’t let you love yourself, especially while dealing with your own mental illness. Bowman’s second book, Summer Bird Blue, also features a mixed-race protagonist and doesn’t shy away from the heavy topics of the first, diving into loss and grief.

As a recently indoctrinated fan of Buffy, and a long-time fan of Journey to the West, F.C. Yee’s debut The Epic Crush of Genie Lo is absolutely everything I could have wanted. Inspired by legends from Yee’s

Chinese heritage (he’s also Korean and has plans to dive into those folktales as well!), witty banter and kick-ass fights entertain while he plays with the concepts of soul and identity, and the choices we get to make about ours. Plus, it’s always fun seeing Sun Wukong show up in stories, whether historical or contemporary. Seriously, if you’re a fan of high-school girls discovering that they have superhuman strength and legendary skills (which allow them to kick massive monster butt!), Yee’s Epic Crush of Genie Lo needs to be on your to-be-read stat (Plus it’ll be out in paperback on June 25th)! 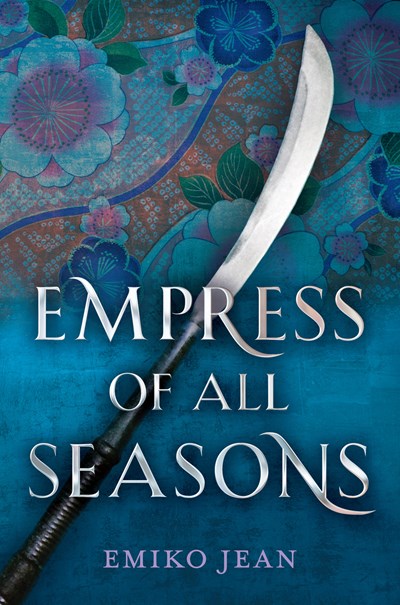 Emiko Jean’s debut novel, We’ll Never Be Apart, is a psychological thriller with all the twisty dark secrets you could wish for and it’s been on my to-be-read ever since I finished Empress of All Seasons, because now I want to read everything Emiko writes! Inspired by Japanese folktales and legends, Empress of All Seasons populates a world with richly described yokai and Japanese culture.

Channelling some Hunger Games/Battle Royale vibes, young women compete to become the next Empress by surviving a series of brutal, enchanted seasonal rooms — only this year a half-yokai, (one of the few not enslaved by the current Emperor) is hiding her true nature and competing for the hand of the Emperor’s heir. It’s a standalone, but I wanted to spend so much more time in this vibrant and rich world!

Jasmine Warga’s skill with words is absolutely breathtaking — her debut My Heart and Other Black Holes is an honest and beautifully written discussion about depression and suicide. It’s not an easy book and may not be for everyone as her depictions of

depression and the conversations about the suicide pact that the protagonists make are frank and vivid (though ultimately hopeful!), however, Warga makes it very clear that suicidal thoughts and depression are medical emergencies and should be treated as such. Like Aysel (pronounced Uh-zell), Warga identifies

as Middle Eastern American and explores it more both in Here We Are Now, with a character who is Jordanian American like Warga herself, and in her new book Other Words For Home (out May 28th!). While Other Words For Home is aimed at a younger audience, the issues and experiences that Jude faces in her journey from Syria to America will find their place in the heart of any reader, and the free verse writing style will impress with its emotional punch.

Come by the store and discover more of Tomoko’s recommendations!

View all posts by tomokob