Happy Teen Thursday, everyone! Below, the weekly roundup of event news, exciting releases, and bookseller recommendations!

Did you hear the news?!

Texas Teen Book Festival is back for its eleventh year!
Mark your calendars for Saturday, October 12!

Join us at Southwestern University for a day filled with author panels, signings, cosplay contests & more! 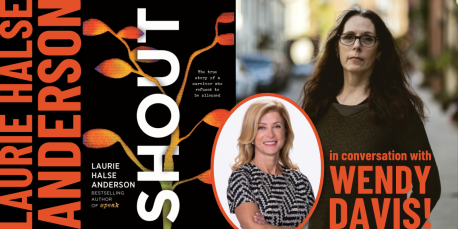 Get your tickets and join us at Central Presbyterian Church at 6 PM! 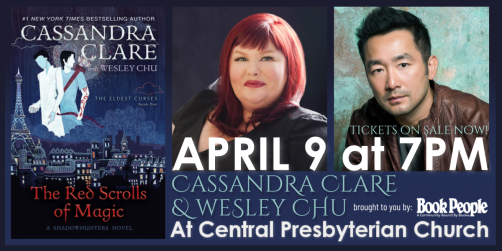 Get your tickets and join us at Central Presbyterian Church at 7 PM! 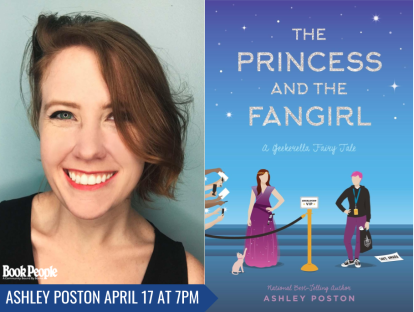 Come geek out with us at BookPeople, starting at 7 PM! Event details

Defy Me by Tahereh Mafi 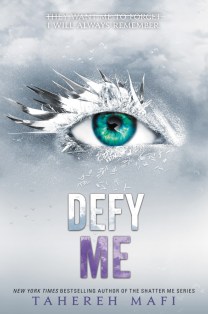 The fifth book in the Shatter Me series is finally here, and we can’t wait to see what happens next in Juliette and Warner’s story! Setting the stage for the series finale, this follows Juliette after her last encounter with the Reestablishment. A thrilling, suspenseful continuation of the series! BookPeople Art Director Tomoko adores Tahereh Mafi’s middle grade work and this is at the top of her TBR pile! 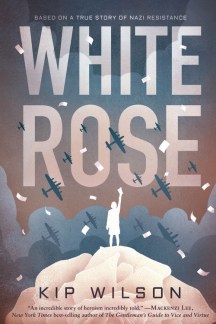 This book comes highly recommended by our Kids buyer Meghan! A powerful novel in verse, Kip Wilson’s debut focuses on the story of Sophie Scholl and her brother, who come together to form White Rose, a non-violent resistance group during World War II. The book shines a spotlight on some of the brave young people who stood up against the Nazi regime. The writing style is gorgeous, jumping back and forward in time to illustrate the different facets of Sophie’s life story. 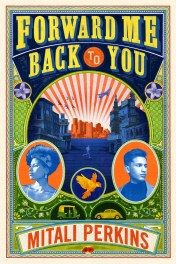 Forward Me Back to You by Mitali Perkins

We are huge Mitali Perkins fans! National Book Award-nominated You Bring the Distant Near was such a gorgeous read and we’re thrilled the paperback is finally out (that cover, tho!!!). Her new book, Forward Me Back to You, is also out this week and just confirms how great a writer she is. Forward Me Back to You tells the story of Robin and Kat, who meet on a trip to Kolkata to work with survivors of human trafficking, while confronting their past and planning for their future. Beautifully written, with characters that will stay with you for a long, long time.

The Princess & the Fangirl by Ashley Poston 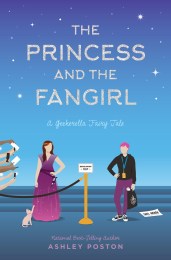 Comic creator and former BookPeople bookseller Shannon Brewer is a huge fan of Ashley Poston, and will be moderating the event on April 17th. She says: “In The Princess and the Fangirl, Ashley Poston once again manages to nail what it’s like to be a girl in the fandom world. As someone who does on average twelve comic cons a year as a cosplayer, a panelist, a comic creator, a comic store owner, or even just a fan, it is amazing to feel seen as a nerd. And it’s even more rare for it to feel genuine, not mocking, but Ashley is definitely one of us and it shows. ‘Look to the stars. Aim. Ignite.’ And grab a copy of this book immediately, no matter your fandom you will find your family in its pages.” 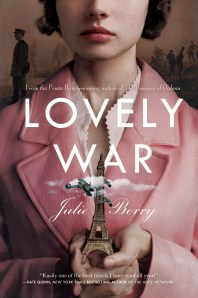 Bookfairs Manager Ellen G. just read and loved Lovely War by Julie Berry! She says: “Love and war. Mortals and gods. Things seemingly at odds. Julie Berry brings them together in this romantic and beautiful story set against the ugliness and horror of World War I. The Greek goddess of love and beauty, Aphrodite herself tells the story of two couples worthy of the gods attention. With her audience of Ares, Hades, Apollo, and Hephaestus, Aphrodite pleads her case for love, and how something as pure as love can exisit and survive a war. The narrative jumps around between the four mortals at the heart of the story. Each with their own history and dream for the future. Friendships made and rendered. Acts of bravery. Healing and forgiveness. Tragedy and triumph. Passion. This story has it all. I have been a fan of Julie Berry for a while. I was completely enchanted by the way she magically wove together the storylines and characters. The tension and emotion was so deft, that I didn’t even notice until it hit so hard that I could have been knocked over with a feather’s touch. Berry’s descriptions transported me through time and place, putting me squarely in the foul trenches or the sparkling cafes of Paris. Fantastic recommendation for readers of The Book Thief, Code Name Verity, and Ruta Sepetys!”