A look into what’s hot this week in the YA world, including a super exciting announcement *shrieks*…

Come meet YA royalty!
Sarah Dessen is coming to BookPeople for the release of her new novel, The Rest of the Story 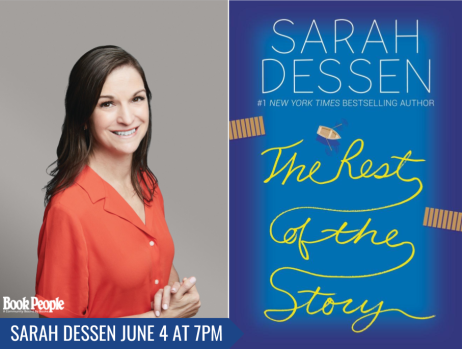 We’re lifelong fans of Sarah Dessen here at BookPeople, and we can’t wait to celebrate this new launch on June 4th. Dessen books are the epitome of summer reading, so we’re thrilled we get to kick off summer 2019 with her at the store. Join us at 7 PM! Event details here.

Once & Future by Cori McCarthy

This comes highly recommended by former Kids bookseller Savannah, who just left us for the big city! She says: “Female Arthur Reincarnation, evil tyrannical corporation, and serious LGBTQ representation, what more could a reader ask for? Amy Rose Capetta and Cori McCarthy have written an action packed adventure story that is full of defiant, fierce, and diverse characters. This is the first book I’ve read with a fluid character who goes by they/them pronouns. It was something new for me as a reader and I loved the chance to learn and expand my knowledge. Once & Future takes a classic tale and turns it on its head and is exactly what the YA literature scene needs and deserves!”

A.S. King is one of  our art director’s favorite YA authors, and she’s been waiting not-so-patiently for the release of Dig! Tomoko calls King a “fearless writer, who always tackles difficult topics and has a very experimental writing style.” While more on the literary side, King’s characters are very real and relatable, and the concepts she presents are truly mind-blowing!

Voices: The Final Hours of Joan of Arc by David Elliott

Bookseller Rachel R. is currently reading David Elliott’s Voices: The Final Hours of Joan of Arc! Told through poetry in the voices of the people and objects in Joan of Arc’s life, this makes for a modern and lyrical introduction to one of history’s biggest badasses, the girl before the saint. 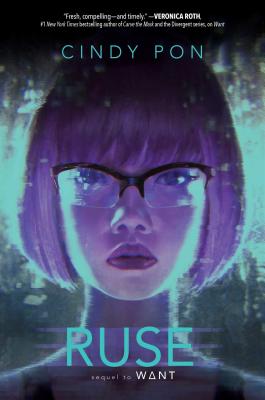 Cindy Pon’s Want was highly recommended by our Teen Press Corps in 2017, so we’re excited to finally get our hands on its follow-up, Ruse! This takes place in the same world as Want– in near-future Shanghai, months after the first book ends– when a group of teens are dealing with the aftermath of a tragedy and one of their own gets kidnapped. An action-packed, thrilling read that can be read on its own or after the first book! Plus, we got the chance to meet Cindy Pon at Texas Teen Book Fest and she’s seriously the coolest.

After reading Dumplin’ and watching the Netflix film adaptation, Abby, our marketing director, decided she needed more Julie Murphy in her life (she’s smart that way)! So she decided to visit our local library and check out its companion book, Puddin’. She says: “This book was such a treat to read! I loved that it focused more on the friendship between Millie and Callie, and how different they are. It was great to be able to follow two characters from Dumplin’ that we know from Willowdean’s perspective and see them in a different light. A sweet and fun read!” We recommend you check out Puddin’ (and anything Julie Murphy writes), whether you read Dumplin’ or not!