Each month I’ll be investigating events around town that might pique the interest of book nerds, the literature obsessed, and those who enjoy stimulating entertainment and socializing.

Not surprisingly, Austin has a number of things going on every month the BookPeople community would enjoy.

“Calling all Zine makers, buyers, collectors and connoisseurs! Mix and mingle with fellow like-minded folk, create new works and indulge in all things independent press worthy. This casual, inclusive event is open to all levels of zine fanatics. Whether you are so new to the concept you pronounce it incorrectly, or you are a 30 year veteran of the genre, all are welcome. Attendees will have the chance contribute artwork or written work to a community collaborated zine, as well as create their own mini masterpiece. Local authors and archivists from Zine organizations will be onsite as well to showcase and swap their work and knowledge.”

“A solo-exhibition featuring Katy Horan‘s illustrations from her book, Literary Witches: A Celebration of Magical Women Writers, created in collaboration with Poet Taisia Kitaiskaia. Located in the Living Room Gallery on the Central Library 6th Floor.”

The Blanton Museum of Art

“The Symbolist movement spanned European nations and creative genres in the final decades of the nineteenth century. First writers, then visual artists, sought to “clothe the idea in sensuous form,” as Jean Moréas wrote in his 1886 Symbolist manifesto. More a sensibility than a single artistic style, Symbolism evoked feeling, meaning, and intangible qualities rather than describing the visible world. Drawn from the Blanton’s collection of works on paper, this exhibition examines Symbolism’s development and its conceptual and aesthetic innovations, which would have a lasting impact on twentieth-century art.”

The exhibition includes a free gallery talk on January 24th at 12:30pm, along with a number of public tours through the end of February.

“Words/Matter explores key moments in the artistic fascination with the written word, ranging from Xul Solar and Joaquín Torres-García’s creation of alphabets and metaphysical signs, to the visual experiments of Brazilian concrete poets in the 1960s, and the political codification of language by conceptualists since the 1970s. By both using words as if they were images and presenting images as written signs, contemporary artists have found key tools for communicating messages of a personal, poetic, or political nature.”

Recommended for ages 5 and up 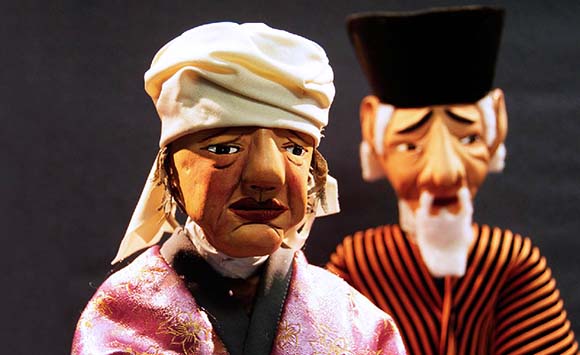 “From the book by Laurence Yep comes a Bunraku-style puppet show based on a traditional Chinese story. This is the tale of a greedy old woman who will not share her food with a beggar. When the old man turns out to be a wizard, he teaches her a lesson in generosity. Literature Live! is proud to present Tiger Woman at a library branch near you.”

A listing of upcoming screenings of book-to-film adaptations.

One Page Salon (every 1st Tuesday)

Theme: No me queda más

Astronomy on Tap (Every third Tuesday)

Austin Events for the Literati is researched, curated, and written by former BookPeople bookseller Sarah Holdgrafer. Its purpose is to make it easier to discover events that would interest people in the literary scene or people that read the BookPeople blog, here in ATX. It is by no means comprehensive!

So, if you are hosting or know about, a literary-themed event here in Austin in the upcoming months, email sarah (dot) holdgrafer (at) gmail (dot) com and let her know about it (hopefully with at least a few weeks advance warning)! The Austin Events for the Literati blog post goes up around the 1st of every month.

NOTE: These events are not produced by or affiliated with BookPeople. We just think they are great, that you’ll like them too, and hope to see you there!