Stephen King’s classic supernatural thriller is an absolute must read. Arnie Cunnigham falls in love with Christine, the 1958 Plymouth Fury, instantly. Soon, the car has consumed every fiber of Arnie’s life with anger, violence, and crime. Arnie would do anything for the hateful Christine, and she would do ANYTHING for him. The tale is absolutely riveting and terrifying; you will be holding on for dear life every second of this thrill ride.

The Silence of the Girls by Pat Baker

Many of us know the story of the Trojan War through Homer’s Illiad—the glorious tale of the wrathful Achilles. Here, Baker tells a markedly different tale through the eyes of Briseis, a former queen, given as a slave to Achilles after her city is conquered. Baker’s eye-opening retelling strips away the glory (but leaves all of the blood) of the original, brutally illustrating the role of women during war and giving a new perspective on an ancient tale. Not an easy read but an important one. 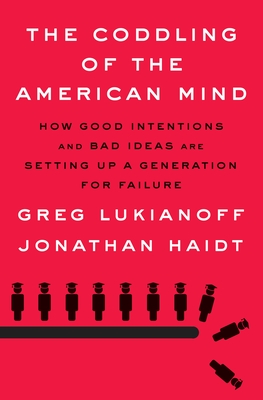 Greg Lukianoff and Jonathan Haidt use numerous studies across the spectrum arguing the point that the younger generations of today are being over protected to the extreme. They make the case that future generations should experience stress and criticism in order to develop tougher skin for the real world. In a country today filled with bulldozer parents and participation awards, the youth does not experience failure as a fuel to do better and achieve more.