In Conversation with Sarah Pitre

And don’t forget to grab your copy of Heart of Thorns by Bree Barton out now! 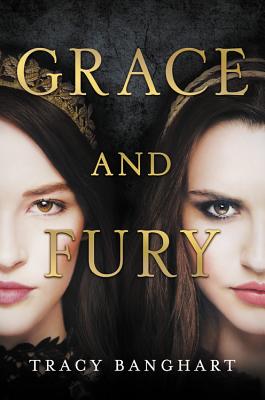 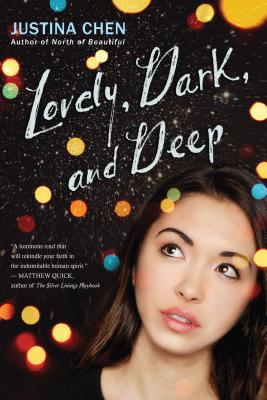 The Cheerleaders by Kara Thomas

From the author of The Darkest Corners and Little Monsters comes an all-new edge-of-your-seat thriller set in upstate New York about an eerie sequence of seemingly unrelated events that leaves five cheerleaders dead.

There are no more cheerleaders in the town of Sunnybrook. First there was the car accident—two girls dead after hitting a tree on a rainy night. Not long after, the murders happened. Those two girls were killed by the man next door. The police shot him, so no one will ever know his reasons. Monica’s sister was the last cheerleader to die. After her suicide, Sunnybrook High disbanded the cheer squad. No one wanted to be reminded of the girls they’d lost.That was five years ago. Now the faculty and students at Sunnybrook High want to remember the lost cheerleaders. But for Monica, it’s not that easy. She just wants to forget. Only, Monica’s world is starting to unravel. There are the letters in her stepdad’s desk, an unearthed, years-old cell phone, a strange new friend at school. . . . Whatever happened five years ago isn’t over. Some people in town know more than they’re saying. And somehow, Monica is at the center of it all. There are no more cheerleaders in Sunnybrook, but that doesn’t mean anyone else is safe.

Grace and Fury by Tracy Banghart

Bold, brutal, and beautiful—a must-read fantasy full of fierce sisterhood, action, and political intrigue for fans of The Selection series, Caraval, and The Handmaid’s Tale.

Serina Tessaro has been groomed her whole life to become a Grace—someone to stand by the heir to the throne as a shining, subjugated example of the perfect woman. It’s her chance to secure a better life for her family, and to keep her headstrong and rebellious younger sister, Nomi, out of trouble. But when Nomi catches the Heir’s eye instead, Serina is the one who takes the fall for the dangerous secret her sister has been hiding.
Trapped in a life she never wanted, Nomi has only one option: surrender to her role as a Grace until she can use her position to save Serina. But this is easier said than done…. A traitor walks the halls of the palazzo, and deception lurks in every corner.
Meanwhile Serina is running out of time. Imprisoned on an island where she must fight to the death to survive, surrounded by women stronger than she is, one wrong move could cost her everything. There is no room for weakness on Mount Ruin, especially weaknesses of the heart. Thrilling and captivating, Grace and Fury is a story of fierce sisterhood and of survival in a world that’s determined to break you.

Wicked meets The Little Mermaid in the captivating origin story of the sea’s most iconic villainess, perfect for fans of Heartless and Dorothy Must Die.

Ever since her best friend Anna died, Evie has been an outcast in her small fishing town. Hiding her talents, mourning her loss, drowning in her guilt. Then a girl with an uncanny resemblance to Anna appears on the shore, and the two girls catch the eyes of two charming princes. Suddenly Evie feels like she might finally have a chance at her own happily ever after. But magic isn’t kind, and her new friend harbors secrets of her own. She can’t stay in Havnestad—or on two legs—without Evie’s help. And when Evie reaches deep into the power of her magic to save her friend’s humanity—and her prince’s heart—she discovers, too late, what she’s bargained away.

“A luminous read that will rekindle your faith in the indomitable human spirit.”—Matthew Quick, author of The Silver Linings Playbook

When Viola Li returns from a trip, she develops a sudden and extreme case of photosensitivity—an inexplicable allergy to sunlight. Thanks to her crisis-manager parents, she doesn’t just have to wear layers of clothes and spaceship-sized hat. She has to avoid all hint of light. Say goodbye to windows and running outdoors. Even her phone becomes a threat.Viola is determined to maintain a normal life, particularly after she meets Josh. He’s a funny, talented Thor look-alike with his own mysterious grief. But their romance makes her take more risks, and when a rebellion against her parents backfires dangerously, she must find her way to a life—and love—as deep and lovely as her dreams.

Thanks to everyone who came out to celebrate The Boy Who Lived with us! As always, it was an absolutely magical experience. Here’s to 20 more years of calling Hogwarts home!