Here at BookKids we love celebrating our local authors! We can’t wait to host Samantha M. Clark for her debut middle grade novel, The Boy, the Boat, and the Beast! Sam will be here to sign copies on Saturday, July 28 at 2 PM. We hope to see y’all there! In the meantime, enjoy the Q&A with the author below. 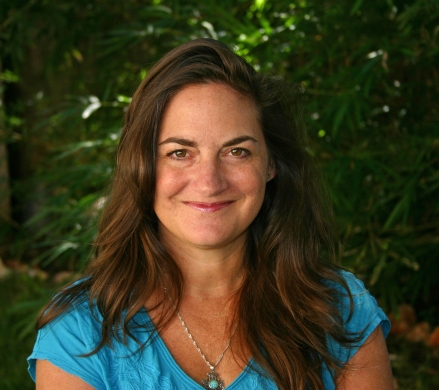 BP: What inspired you to write The Boy, the Boat, and the Beast?

SC: I got the idea for the story when my husband and I were living in Houston. One day, I was walking our dog along the shore of Clear Lake and began to wonder what would happen if a boy woke up alone on a beach and had no memory of who he was or how he had gotten there. The boy was so clear in my head, and I thought about him all the way back to our house. When I got home, I had a novel forming. I told my husband, and we sat brainstorming ideas for over an hour. But, while most of the ideas we talked about that Saturday are still in the book, the real story—why the boy was there and what his true journey was—wasn’t clear to me until I wrote the final scene of the first draft. I remember having this huge ah ha moment, when I realized the real story was about the boy feeling like he could never be enough, battling an inner bully that filled him with insecurities. I revised with this in mind, and that’s when the story really began to take shape.

BP: You lived in so many different places before settling in Austin, Texas. How have your previous homes/settings influenced your writing, and specifically, how did they inform this novel?

SC: My childhood in the Caribbean definitely influenced this novel. I’ve always been fascinated by the ocean, since I first visited pebble beaches in England, but even more so after we moved to Jamaica and then Grand Cayman. There’s something magnificent and mysterious about the ocean, its beauty and power. And the coastline and beaches, where the water meets land, has a magical quality filled with possibility. Also, in England, there were few games better when I was a kid than playing make believe in a forest. With their dim light, creaks and cracks and bony trees, forests also seem so magical, like anything could be hiding within them. Both the ocean and forest are featured in The Boy, the Boat, and the Beast straight from the imagined adventures I had in them when I was a kid.

BP: In your book, the boy has to deal with a bully– the voice inside his head. Why did you choose to manifest bullying this way?

SC: Most people have insecure thoughts at times, the feeling or even belief that they can’t do something, or aren’t capable, or will fail if they try. I know these thoughts well; thoughts like these have plagued me all my life, and the bully was inspired by this. To me, the bully is the equivalent of the scared 10-year-old who lives within all of us and speaks up when we’re trying to move out of our comfort zone. As the book says, it’s hard not to listen to these thoughts, but to allow them to hold us back is to do ourselves a disservice.

BP: This line in the book is so powerful: “Make your own courage.” What does that mean to you?

SC: This is one of my favorite lines from the story, which is why I used it in the name of the Art Therapy Project that goes along with this book. I think it can mean different things to different readers—I’m a big believer that readers will find what they need in a book, and I hope that’s the case with The Boy, the Boat, and the Beast too. The reason this line speaks to me is because, ultimately, no matter how much help and support we get from others, we are still the only ones responsible for our own actions. No matter what we’re scared of—from taking a test, to admitting a wrongdoing, or perhaps standing up for someone else—we are the only ones who can gather our courage to overcome that fear and succeed. It’s important that we help other people gather their courage, because with support it is easier, but at the end of the day, we have to make our own.

BP: What have you learned in the process of getting your first book published?

SC: Great question, and the answer is: So many things! But one of the most important is that there’s no one journey to publication. Some people sign with an agent right out of the gate and sell their book very quickly; others have hundreds of rejections. Some get an agent with a query letter, others through a conference, others through online pitches. Some get their first book published, others write 10 or more before they see a book of theirs on shelves. There are as many publication journeys as there are stars, but one thing is consistent within them all: The writer persevered. Even writers who seem to get an agent and book deal quickly have faced the difficult task of getting to the end of their novel. Publishing is not the easiest business to be in, but if you can persevere, telling stories is so very worth it.

BP: What reader do you hope finds this book? What do you hope readers take away from the story?

SC: Whereas cultural, racial and religious influences are part of most stories because they’re so inherent in who a character is, The Boy, the Boat, and the Beast has themes that are simply human, because almost everyone has felt insecure or fearful some time in their life. Most people never truly let that insecurity go. We learn to live with it, to push it down, but with each new experience, it creeps back up. Author Jennifer A. Nielsen said The Boy, the Boat, and the Beast is “a story for everyone who’s had to learn to face their fears,” so I hope readers who have fears or insecurities that fester within them and hold them back find this book. I hope it helps them make their own courage.

BP: What books did you love as a young reader? And what children’s books have you found and loved as an adult?

SC: I was a voracious reader a kid, devouring pretty much anything I could get my hands on. I still have my childhood copies of the Narnia Chronicles, The Wind in the Willows and some of the Winnie the Pooh books. But I also loved Roald Dahl’s stories, the Mr. Men early readers (Mr. Tickle was particularly disturbing), any adventure by Enid Blyton, and later the Nancy Drew and Hardy Boys books. I couldn’t get enough of stories. My taste hasn’t changed too much as an adult, and I still love those earlier books, but I don’t read as much straight mystery or adventure as I used to. Today I read more fantasy, and, of course, I love the Harry Potter series, as well as the fantasy adventures by Jennifer A. Nielsen. But I also love contemporary fantastical stories, like Neil Gaiman’s books, and stories with a lot of heart, like the middle-grade novels of Kathi Appelt and Linda Sue Park, as well as cross-cultural books like Inside Out & Back Again by Thanhha Lai. These last four authors also play with language in wonderful ways, just like Markus Zusak in The Book Thief, which I also adore.

BP: What are you currently reading?

SC: I managed to snag an Advance Reader Copy of a middle-grade fantasy adventure by another fellow Texas author, The Hotel Between by Sean Easley. It tells the story of twin brother and sister who, while searching for their father, find a magical hotel with doors that open to all kinds of different worlds. It’s so much fun. The book doesn’t come out until September 4, but I recommend putting it on your to-read list. In fact, The Hotel Between and The Boy, the Boat, and the Beast are both part of a fun middle grade scavenger hunt that has prizes! So if you read both, you’re on your way to winning—and the rest you can get at BookPeople.

Come support Samantha Clark here at BookPeople on Saturday, July 28 at 2 PM! Can’t make the event? You can still order a signed copy of The Boy, the Boat, and the Beast online.

One thought on “Q&A with Samantha M. Clark”