OMG!!! EPIC NEWS THAT WILL MAKE YOU SCREAM!

Jason Reynolds’ Long Way Down, one of the most amazing books of 2017, has been optioned for movie rights! And that alone would be phenomenal, but did we mention that John Legend is attached to the project? OMG! This is quite possibly the best Christmas gift ever!!!! If you haven’t read Long Way Down, get on it right now. It’s a quick read with a long lasting impact. 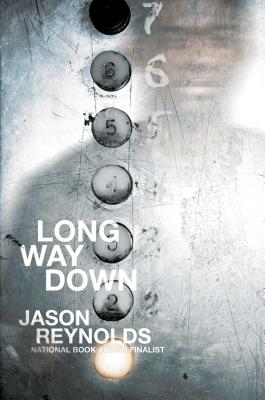 This week’s new releases are filled with truth, lies, and magic to get you through the cold winter months! 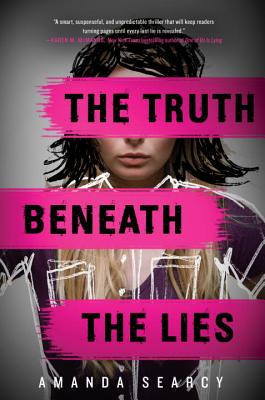 Brave by Jennifer L. Armentrout: Ivy Morgan hasn’t been feeling like herself lately. Not like anyone can blame her. After all, being held captive by a psychotic fae prince hell-bent on permanently opening the gates to the Otherworld is bound to leave some mental scars. It’s more than that, though. Something dark and insidious is spreading throughout Ivy, more powerful than she could ever imagine … and it’s coming between her and the man she’s fallen deeply in love with, elite Order member Ren Owens. Ren would do anything to keep Ivy safe. Anything. But when he makes a life altering choice for her, the fallout of his act has far reaching consequences that threaten to tear their lives apart.

Freed by Flame and Storm by Becky Allen: Revolution is nigh, and one seventeen-year-old girl stands at the head of it all. Jae used to be a slave, laboring with the rest of her people under a curse that forced her to obey any order she was given. At seventeen, she found the source of her people’s lost magic and became the only person to break free — ever. Now she wants to use her power to free the rest of her people, but the ruling class will do anything to stop her. Jae knows that breaking the curse on her people would cause widespread chaos, even unimaginable violence between the castes, and her caste would likely see the worst of it. Many would die. But to let them remain shackled is to doom them to continue living without free will. How is one girl, raised a slave and never taught to wield power, supposed to decide the fate of a nation?

Truth Beneath the Lies by Amanda Searcy: All Kayla Asher wants to do is run. Run from the government housing complex she calls home. Run from her unstable mother. Run from a desperate job at No Limits Food. Run to a better, cleaner, safer life. Every day is one day closer to leaving. All Betsy Hopewell wants to do is survive. Survive the burner phone hidden under her bed. Survive her new rules. Survive a new school with new classmates. Survive being watched. Every minute grants her another moment of life. When fate brings Kayla and Betsy together, only one girl will survive.

MAY THE FORCE BE WITH YOU

In celebration of the movie coming out, here are some recent (i.e. mostly still cannon) YA Star Wars books you should check out to get you pumped while you wait in line: 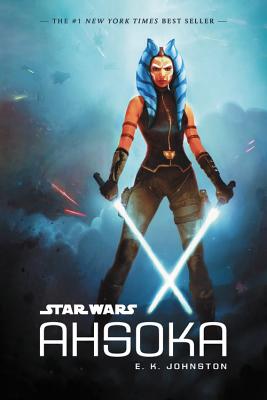 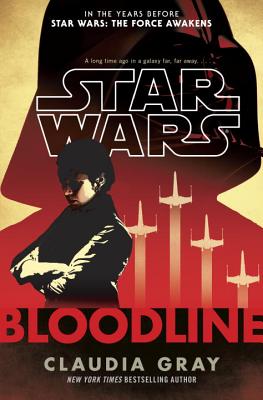 Leia: Princess of Alderaan by Claudia Gray: Sixteen-year-old Princess Leia Organa faces the most challenging task of her life so far: proving herself in the areas of body, mind, and heart to be formally named heir to the throne of Alderaan. She’s taking rigorous survival courses, practicing politics, and spearheading relief missions to worlds under Imperial control. But Leia has worries beyond her claim to the crown. Her parents, Breha and Bail, aren’t acting like themselves lately; they are distant and preoccupied, seemingly more concerned with throwing dinner parties for their allies in the Senate than they are with their own daughter. Determined to uncover her parents’ secrets, Leia starts down an increasingly dangerous path that puts her right under the watchful eye of the Empire.

Lost Stars by Claudia Gray: The reign of the Galactic Empire has reached the Outer Rim planet of Jelucan, where aristocratic Thane Kyrell and rural villager Ciena Ree bond over their love of flying. Enrolling at the Imperial Academy is nothing less than a dream come true for both of them. But Thane sours on the dream when he sees firsthand the horrific tactics the Empire uses to maintain its ironclad rule. Bitter and disillusioned, he joins the fledgling Rebellion — putting Ciena in an unbearable position between her loyalty to the Empire and her love for the man she’s known since childhood. Now on opposite sides of the war, will these friends turned foes ever find a way to be together, or will duty tear them — and the galaxy — apart?

Ahsoka by E. K. Johnston: Fans have long wondered what happened to Ahsoka after she left the Jedi Order near the end of the Clones Wars, and before she re-appeared as the mysterious Rebel operative Fulcrum in Rebels. Finally, her story will begin to be told. Following her experiences with the Jedi and the devastation of Order 66, Ahsoka is unsure she can be part of a larger whole ever again. But her desire to fight the evils of the Empire and protect those who need it will lead her right to Bail Organa, and the Rebel Alliance.

Bloodline by Claudia Grey: When the Rebellion defeated the Empire in the skies above Endor, Leia Organa believed it was the beginning of a lasting peace. But after decades of vicious infighting and partisan gridlock in the New Republic Senate, that hope seems like a distant memory. Now a respected senator, Leia must grapple with the dangers that threaten to cripple the fledgling democracy — from both within and without. Underworld kingpins, treacherous politicians, and Imperial loyalists are sowing chaos in the galaxy. Desperate to take action, senators are calling for the election of a First Senator. It is their hope that this influential post will bring strong leadership to a divided galaxy. As the daughter of Darth Vader, Leia faces with distrust the prospect of any one person holding such a powerful position — even when supporters suggest Leia herself for the job. But a new enemy may make this path Leia’s only option. For at the edges of the galaxy, a mysterious threat is growing.

Rebel Rising by Beth Revis: When Jyn Erso was five years old, her mother was murdered and her father taken from her to serve the Empire. But despite the loss of her parents, she is not completely alone. Saw Gerrera, a man willing to go to any extremes necessary in order to resist Imperial tyranny, takes her in as his own, and gives her not only a home but all the abilities and resources she needs to become a rebel herself. Jyn dedicates herself to the cause and the man. But fighting alongside Saw and his people brings with it danger and the question of just how far Jyn is willing to go as one of Saw’s soldiers. When she faces an unthinkable betrayal that shatters her world, Jyn will have to pull the pieces of herself back together and figure out what she truly believes in … and who she can really trust.