This post is part of a series, spotlighting some of our favorite translated works. Join us in our commitment to reading stories from all over the globe – because bookshelves are best when they’re diverse. 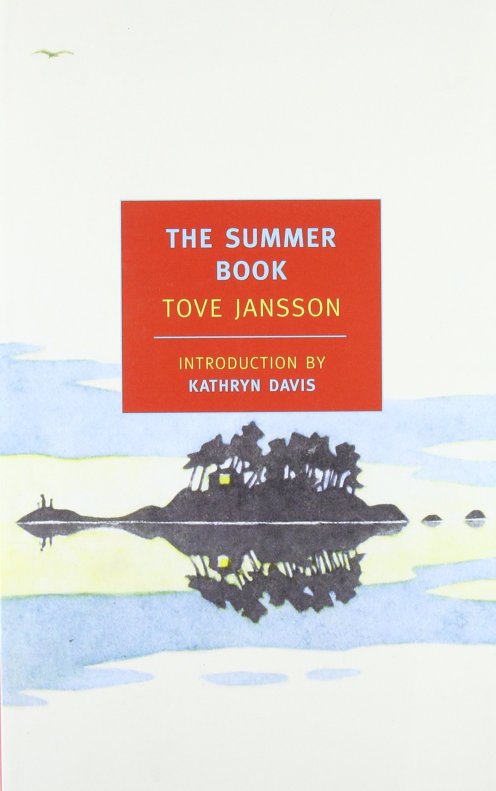 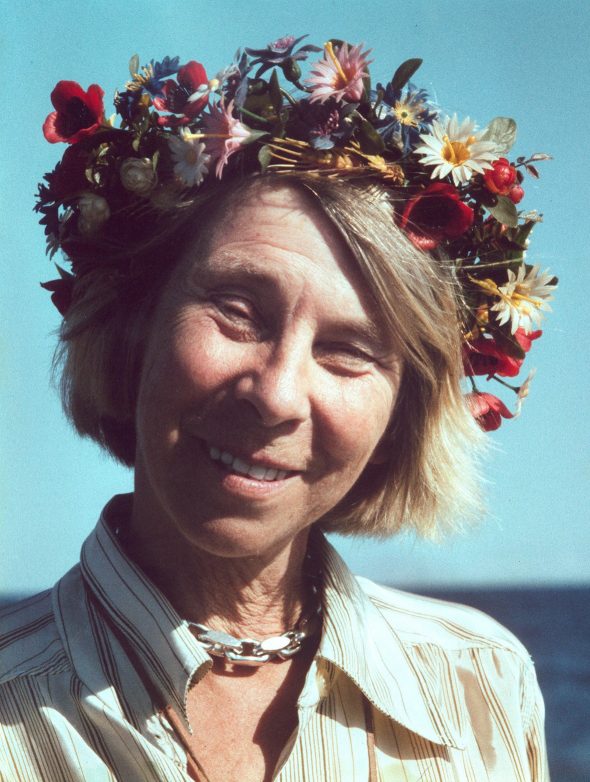 I read Tove Jansson’s The Summer Book – as you’d probably guess if I made you – in between swims at Barton Springs on a hot late-summer day under blue skies, Texas clouds, and shady trees. Summers in Scandinavia (from whence Jansson hails) are nothing like summers in Texas. Scandinavian summers are full of pine trees and moss, smooth stones that grow cragly the closer you get to the deep pools of island coves, legendary storms brought about by bored six-year-old girls and their prayers to God for something, anything please God to happen, and Midges – not to be confused with mosquitoes – who dance in vertical clouds and always in tempo. Can you believe Scandinavia exists? I actually really can’t. I have the same level of wide-eyed disbelief that something so wonderful, surprising, and magical as the land of Scandinavia is real as I do about the existence of this book, which I now regard as somewhat of a lifeline.

The Summer Book, told in a series of vignettes named things like “Midsummer,” ‘Moonlight,” and “The Crooks,” tells of six-year-old Sophia’s time spent with her Grandmother and her father on their little island the summer after her mother dies. This fact is only stated once, but it’s through this lens of processing and grief that the series of charming, whimsical stories moves right out into the ocean deep. Jansson wrote this book following the death of her own beloved mother, with whom she shared a close relationship throughout her life. In many ways, The Summer Book feels like an authentic human reckoning with that loss.

The first story, “The Morning Swim,” introduces us, not to the fact of Sophia’s mother’s passing, but to the shakiness of her step in a world that has inexplicably betrayed her. It also lets us into the relationship she shares with her Grandmother, a formidable, well-lived woman who cares little for rules and much for a good book and the level of rainfall the island is receiving, primarily in the later summer months when drought is common. They share a combative, invasive, intensely curious, wildly loving dynamic that is by turns funny and akin to sucking the poison from a wound. Take, for instance, this passage, which concerns itself with the moment after Sophia and Grandmother recover the latter’s pair of lost teeth from a field of tall grass:

“Put them in.”
“But you can’t watch,” Grandmother said. “That’s private.”
Sophia held the teeth behind her back.
“I want to watch,” she said.
So Grandmother put the teeth in, with a smacking noise. They went in very easily. It had really hardly been worth mentioning.
“When are you going to die?” the child asked.
And Grandmother answered, “Soon. But that is not the least concern of yours.”
“Why?” her grandchild asked.
She didn’t answer. She walked out on the rock and on toward the ravine.
“We’re not allowed out there!” Sophia screamed.
“I know,” the old woman answered disdainfully. “Your father won’t let either one of us go out to the ravine, but we’re going to anyway, because your father is asleep and he won’t know.”

The rest of the story follows the two as they make their way to a cove where Sophia and her Grandmother discuss the proper way to dive as Sophia toys with the idea of making her first solo, open-eyed deep swim. She decides against it for the time being. The last line of the piece, “And I must remember to tell him this child is still afraid of deep water,” is wonderful in its mix of simple fact from the day of unsuccessful diving and a truth more profound about the stage of life little Sophia finds herself in. This hits harder with the revelation at the start of the following vignette, “Moonlight,” which begins, “One time in April, there was a full moon, and the sea was covered with ice. Sophia woke up and remembered that they had come back to the island and that she had a bed to herself because her mother was dead.”

Sophia, a curious, energetic, stubborn child who screams and shouts her disapproval/disagreement/anger the moment it crops up, is processing a huge and human loss. She’s navigating grief and disorientation while also trying to figure out how this sometimes stupid, sometimes beautiful, always surprising dumb planet works, and she’s not yet got her footing (or, as her Grandmother would say, she’s “still afraid of deep water”). This uncertainty shows up through her appreciation for rules, for God, for superstition, for cause and effect, and her sensitivity to those who dare defy these boundaries, something her Grandmother does often and with abandon.

Grandmother is a scientist, an explorer, a player, and a teacher whose body is tired to her irritation but not her surprise. She feels about rules/order for their own sake the same way I feel about the Terminator movies: they’re there and their inconsequence seems obvious and we can’t quite believe that people pay any attention to them. When Grandmother isn’t teaching Sophia, in her sly, oblique way, a resounding truth about the order of things and Sophia isn’t pulling Grandmother up from her armchair to crawl around on nettle-covered forest floors in search of supplies for fairy alters, the two get themselves into some pretty fun mischief. They are, in other words, a perfect match. In one vignette, they welcome Sophia’s guest, Pipsan, “a fairly new friend, a little girl whose hair Sophia admired.” Finding Pipsan very well-dressed and incredibly skittish upon her arrival, Sophia and Grandmother decide that they must form a secret society whose sole mission will be to protect the delicate and upsettable Pipsan, but in order to do so they must first change her name, which isn’t so very aristocratic as to warrant a society, much less a secret one. Grandmother suggests Berenice and Sophia agrees. Sadly, though the society succeeds in its goal, they find Berenice to be an entirely impossible personality and resign to leave her alone until her departure. One of my favorite of Sophia and Grandmother’s divergent takes on the world  is on their read of a painting of a hermit that hangs in Grandmother’s bedroom:

By the foot of her bed there was a nice painting of a hermit. It was a color reproduction on shiny paper and had been cut out of a book. It showed a desert in deep twilight, nothing but sky and dry earth. In the middle was the hermit, lying in his bed reading. He was in a kind of open tent, and beside him was a bedside table with an oil lamp. The whole space occupied by the tent, the bed, the table, and the circle of light was hardly larger than the man himself. Farther off in the dusk were the vague outlines of a lion at rest. Sophia found the lion threatening, but Grandmother felt it was there to protect the hermit.

How great is that? Together, Sophia and her Grandmother explore their wild little island, which offers no end to new things to see, tend to, create, survive, weather, and discover, learning lessons, teaching lessons, and helping each other get through it all. I have a feeling that the both of them will help me a time or two as the summers pass by.

*To see the cabin where Jansson wrote The Summer Book, click here.