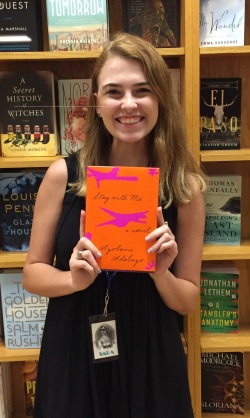 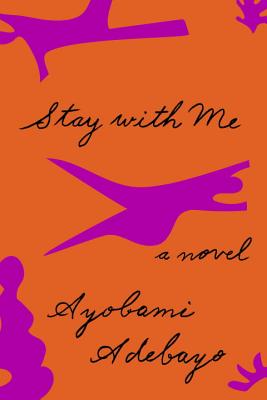 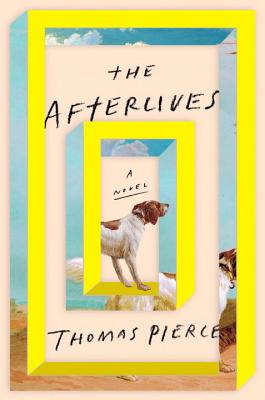 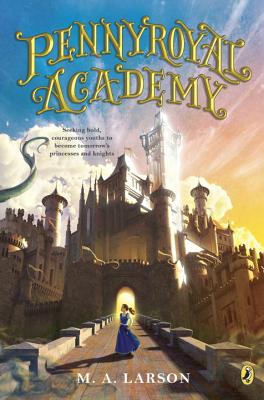 Stay With Me by Ayobami Adebayo

Stay With Me is the heartbreaking debut novel by Nigerian author, Ayobami Adebayo. Stay With Me tells the story of married couple Yejide and Akin who both take drastic measures to have a child. A bite-sized novel that packs a punch, I have a feeling Stay With Me will haunt me long after I put it down. You can find copies of Stay With Me on our shelves and via bookpeople.com.

The Afterlives by Thomas Pierce

Jim Byrd is having a crisis: for a solid five minutes Jim died and saw nothing; no angels, no light at the end of a dark chasm, nothing. This book follows Jim as he ventures to find out just what the heck lies beyond our mortal realm (if there even is anything waiting for us at all). This is a quest that leads him to new age churches, an investigation of a haunted staircase and into a past that echoes into an eerily similar future. Due out early next year, Thomas Pierce will showcase his talents in a full length novel full of wit and heart! You can soon find copies of The Afterlives on our shelves and via bookpeople.com.

A girl with no name stumbles out of an enchanted forest, with a knight-in-training whose reputation proceeds him, and into a world at war. She enlists in the prestigious Pennyroyal Academy to train as a princess to fight witches. But being a princess isn’t as easy as it sounds. The girl, who is given the name Cadet Eleven (Evie, to her friends), must work hard to fit into a world she knows nothing about. Dive into the Academy with the mysterious and shy Evie, handsome Remington, haughty and cruel Malora, and the strictest Fairy Drill-sergeant ever known as they discover the war against the witches is a little more personal and closer to home than any of them could ever imagine. You can find copies of Pennyroyal Academy on our shelves and via bookpeople.com.

2 thoughts on “What We’re Reading This Week”