The BookPeople Modern First Library Initiative: Pairing beloved picture books that will never go out of style along with other favorites that reflect the diverse, global society of the 21st century, we’ve set out to make building a thoughtful library for any child in your life easy.

Joining us this afternoon is local author and illustrator Divya Srinivasan, whose book Little Owl’s Night is part of the Modern First Library.

Mama (Amma)
My parents didn’t know about Caldecott Award winners when my sister and I were little, but I loved the books we did have. Our earliest collection had some of the popular Little Golden Books (The Saggy, Baggy Elephant; The Lively Little Rabbit), some I Can Read books (The Nose Book; The Foot Book; Hand, Hand, Fingers, Thumb), and some Sesame Street books, along with other random titles. Aside from our Snow White and Cinderella Little Golden Books, I recall most of our library featuring animal (or Muppet) characters. We also had issues of the beloved Amar Chitra Katha comics with their Indian fables and folk tales as well as stories about Indian gods and demons, kings and queens.

We were the only Indian family in my North Texas school district, from first grade through graduation. We had Indian family friends about 20 miles away, and took Indian music classes an hour away in Dallas every Saturday morning for a few years. But that was part of our Indian life, not really integrated into the rest of our American life. I don’t think I was purposely trying to keep that side of things secret from my non-Indian friends, but much of it didn’t translate easily and would end up coming across as an “isn’t that weird?!” anecdote, because the details would have been so foreign. Though my non-Indian friends and I were at school together, sharing a common experience, our realities at home were so different, culturally.

I had my Indian life and my American (or, non-Indian) life. It seemed fine because I had my sister to share both lives with. I don’t remember feeling like I was missing something by not having grown up with books (or movies or television shows) about Indian-American children like myself. But maybe that’s because I didn’t know of any books like that, and it didn’t seem like there would be any. Indians in American popular culture, up until recently, seemed to exist mostly as comic relief, often due to thick Indian accents.

This past year, my daughter was born, and I have an increased eagerness to have her know how my sister and I grew up and to give her a sense of my parents’ culture as well. During late-night feedings, I’ve had the chance to catch up on two television shows created by Indian-Americans: The Mindy Project by Mindy Kaling and Master of None by Aziz Ansari. My mother tongue is Tamil. It’s the first language I knew, and I can still understand it, though I stopped speaking it once I started preschool (a regret). Aziz Ansari’s family is Tamilian too, and they end up speaking a little bit of Tamil on the show. Really, not much at all. BUT! The thrill I felt when I heard it. On an American television show! I found it remarkable—how shocking it felt to see something so personal and particular on a show that is meant for a mainstream audience.

When I wrote my first picture book, Little Owl’s Night, in 2010, I remember struggling to figure out what to call Little Owl’s mother. To my sister and me, “mother” is “Amma.” When my sister reads picture books to my niece, she sometimes replaces the word “Mommy” or “Mom” with “Amma.” Lately I’ve been thinking about that small question I had, of what Little Owl should call his mother, and that I never considered it could be “Amma.” The text refers to Little Owl’s mother only twice in the book, and it would have been obvious who Amma was. No one had told me not to use the word. Maybe it would have been distracting if I had used it… I don’t know. Regardless, I had self-edited myself, dismissing the idea so quickly that I had never even wrote it down to cross it out. I used “Mama” instead.

It’s not a huge deal, but I think about myself as a kid. How surprised, happy, and even proud I might have been to find a character calling his mother Amma in a story my classmates and I were reading in school. It would have felt like a little shout-out from the author to me.

I’m grateful for the increased focus on diversity in children’s literature (and in all fields, really) because I want to read and hear stories by people from all kinds of backgrounds. I want my daughter and niece to know these stories, and their friends and classmates and the parents too. Though I don’t think I personally felt excluded from mainstream culture while growing up, I now think about what could have made me feel more included. And how I can make my work more inclusive. It’s exciting to remember that even the most specific story about a particular culture can resonate deeply with someone with no previous exposure to that culture. After all, human emotions are universal.

These books are my 11-month old’s current favorites (and mine too!). We are still mostly reading board book versions these days: 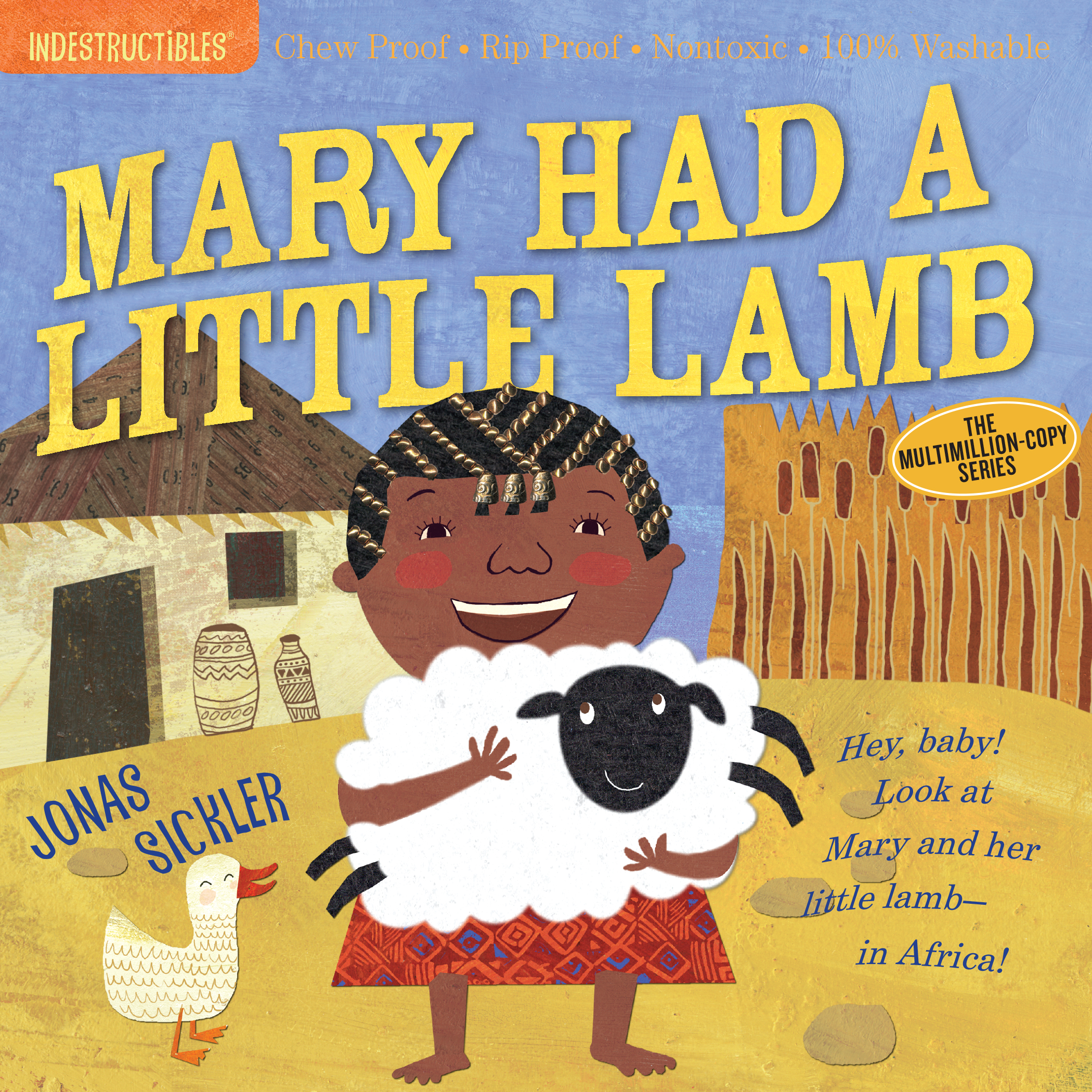 JP Miller’s The Little Red Hen (I’ve always loved this book’s illustrations, and giving each character a distinct and funny voice has made it one of my favorites to read aloud.)

Divya Srinivasan is the author and illustrator of the picture books Little Owl’s Night, Little Owl’s Day, and Octopus Alone, published by Viking Children’s Books. She most recently illustrated author Neil Gaiman’s story about a blind Indian princess and a tiger. That picture book, Cinnamon, will be published by Harper Collins in 2017.