Helen says: Fourteen-year-old Arnold Spirit, Jr. doesn’t fit in anywhere: not at home on the Spokane reservation and definitely not at his all-white high school. Holding nothing back, Junior relates his struggles through cartoon art in this hilarious, sad, and unflinchingly honest book about being caught between two worlds.

Jan says: I read this book for Banned Books Week and loved it! Alexie’s is a super-important voice for young, old, Indians, white people, all the people. It took me back to my own high school days. I was having trauma flashbacks in a good way because it’s important for adults to remember what it’s like to be that age.”

Meghan says: When a plane full of teenaged beauty queens crashes on a tropical island, they are pitted against a host of dangers, including:

Most shocking of all, the girls’ isolation spurs surges of self-discovery that make this wickedly funny satire of our hyper-commercialized culture surprisingly relatable.

Merrilee says: If James Bond met Miss Congeniality on the set of a TV reality show sponsored by a big box chain store and they had an evil love child, it would be this book. Hilarious, surprisingly thoughtful, and just plain AWESOME!

Merrilee says: A Brief History of Montmaray is just straightforward historical fiction – about a place that doesn’t exist. Montmaray is a tiny (8 people!) independent country on an island in the English Channel that gets drawn into the coming war between Germany and Great Britain. Comes complete with a mad king, many cups of tea, and the occasional shopping trip in London for new frocks.

Meghan says: On the crumbling island kingdom of Montmaray, the king has sunk into madness, the inhabitants have mostly died off or moved away, and the threat of German aggression looms ever nearer on the horizon. In the midst of it all, a family of semi-orphaned royal children must work together to keep up appearances, make ends meet, and desperately try to stave off disaster.

Lauren says: These books will make you cry tears of sadness, anger, and great happiness! The trilogy follows Isabel “Belly” Conklin and the people who define her summers at Cousin’s Beach. The trilogy starts with the summer the boys (Conrad and Jeremiah Fisher) first notice Belly and follows her all the way through heartbreak, death, obsession, and great love.  YOU’LL LOVE EVERY PAGE. 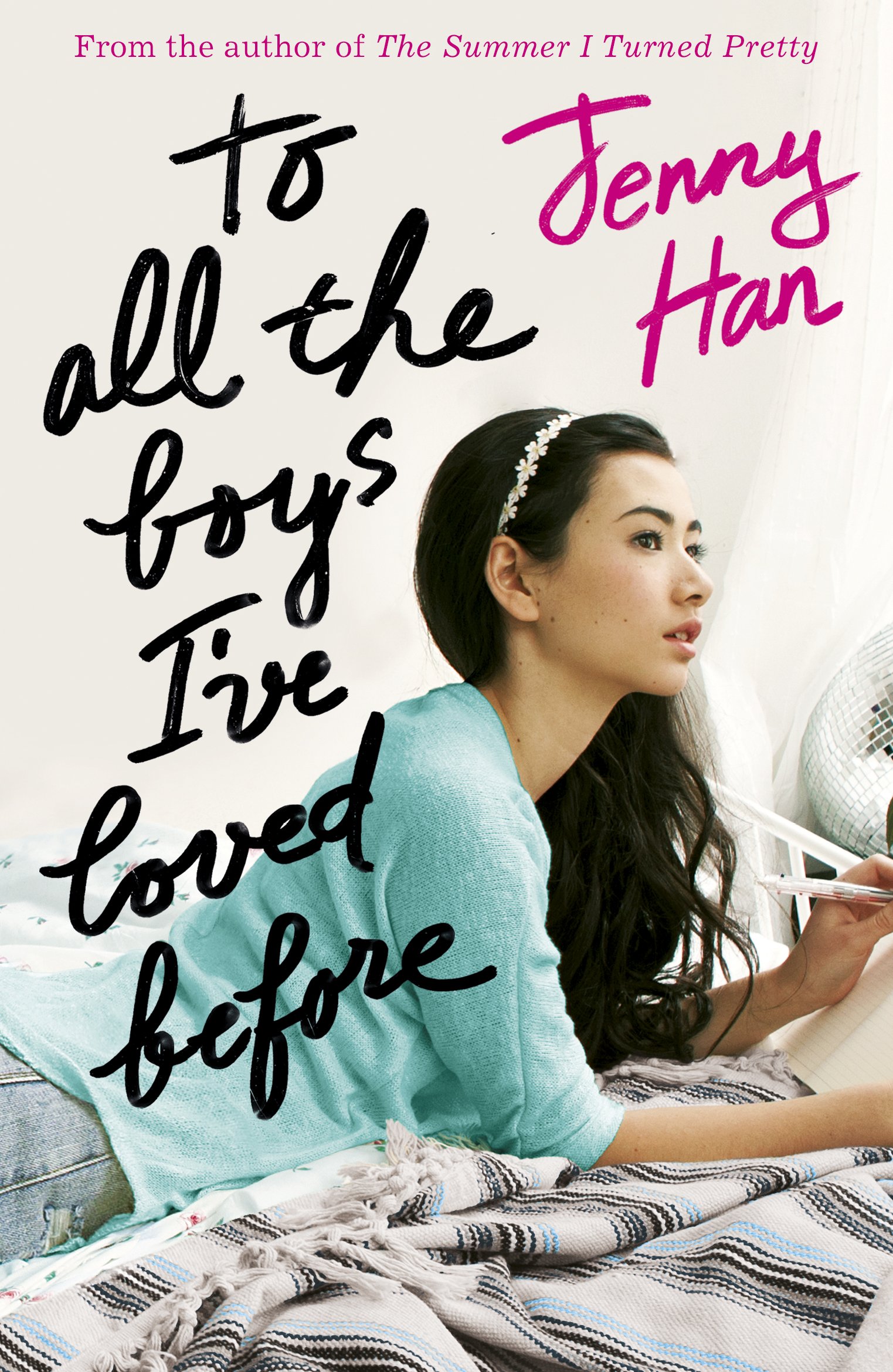 Jenny Han – To All The Boys I’ve Loved Before

Helen says: Dear Jenny Han, You don’t actually know me, but I have a giant author crush on you. Your characters and plots are so intensely relatable, so perfectly imperfect, and this book is no exception. Maybe one day I will tell you how I feel. In the meantime, I remain your admirer from afar. XOXO

Meghan says: A, a sixteen-year-old who wakes up every day in a new body and a new life, grapples with the complex emotional and ethical implications of this unique existence in a riveting exploration of identity and the nature of the human soul.

Ta’Necia says: When Paul meets Noah, everything in his life becomes complicated. While dealing with his best friend ignoring him, and an ex-boyfriend turned stalker, will Paul really have a shot at true love when all the odds are against him?

Jandy Nelson – I’ll Give You The Sun

Meghan says: From three years apart, twins Jude and Noah narrate a sophisticated story of family, passion, and tragedy from the respective ages of 16 and 13. As their distinctive voices interweave, they build into a magnificently wrought novel of electrifying emotion and searing beauty that will linger long after the final page.

Helen says: Fraternal twins, 16-year-olds Noah and Jude used to be close. Now there’s not only a rift between the two, but a dramatic role reversal; they seem to have switched personalities. To understand how this occurred, we alternate between Noah’s point of view at the age of 13 and Jude’s now at the age of 16. In uncovering the secrets and lies between them across the years, brother and sister are given a second chance at becoming a real family again.

Madeline says: Jazz’s biggest fear is that he is a sociopath, that the charm he uses to get his way is actually a legacy of Dear Old Dad. And, frankly, Jazz should be concerned. His dad was one of the longest-running, most successful serial killers the world has ever known. And he raised Jazz to follow in the “family business.”

Meghan says: In poetic prose that’s truly lovely, dark, and deep, this haunting and emotionally layered novel draws readers into the frozen vortex of one girl’s grief, guilt, and isolation as all her thoughts of the future crumble under the fear of facing the pain in her past.

Lauren says: This book should be read on a cold day with a cup of coffee (or in the middle of summer at the pool!). Wren Wells has escaped her old life, only to find herself totally alone on a mountainous island. Luckily, she gets run off the road by the disconcerting Cal Owen…

Meghan says: Taylor’s current world of never-ending conflict between the factions of Townies, Cadets, and the Jellicoe School students somehow keeps connecting back to a decades-old mystery involving a car accident, three kids who survived, and the disappearance of Taylor’s own mother in this absorbing novel from Melina Marchetta.

Aisha Saeed – Written In The Stars

Ta’Necia says: Naila is forced into a marriage that she wants no part of. Naila is in love, but not in love with the man that her parents have arranged for her to marry. A moving story of survival and perseverance and fighting for what you believe to be true in your heart. This is a powerful story that will stay with you long after you read it. Everyone should read this amazing book!

Demi says: Aristotle and Dante meet in the summertime, two sixteen year old boys with few friends. Ari lives with his mother and father, the youngest of a few children. His brother is in prison. His sisters are old enough to have their own kids. He often feels alone. Then there’s Dante–precocious and odd, with kind parents and a love for animals. That summer, Ari saves his life. In the year that passes, they are separated by more than just distance. They discover things about themselves, and each other. Can they ever really be friends again? The writing is excellent, the characters are complex, and the love story is charmingly unexpected. Aristotle & Dante Discover the Secrets of the Universe is perfect for summer.

Ellen says: Summer and love go hand-in-hand. This heartbreakingly beautiful story about friendship, identity, secrets, and family is amazing. El Paso, 1987, where and when Ari and Dante meet at the pool. They bond over their Mexican-American heritage and their not-quite-normal names. They can’t help but be friends and maybe something a little more. A wonderful, joyous book to read with friends, family, and the love in your heart. Love is love is love. 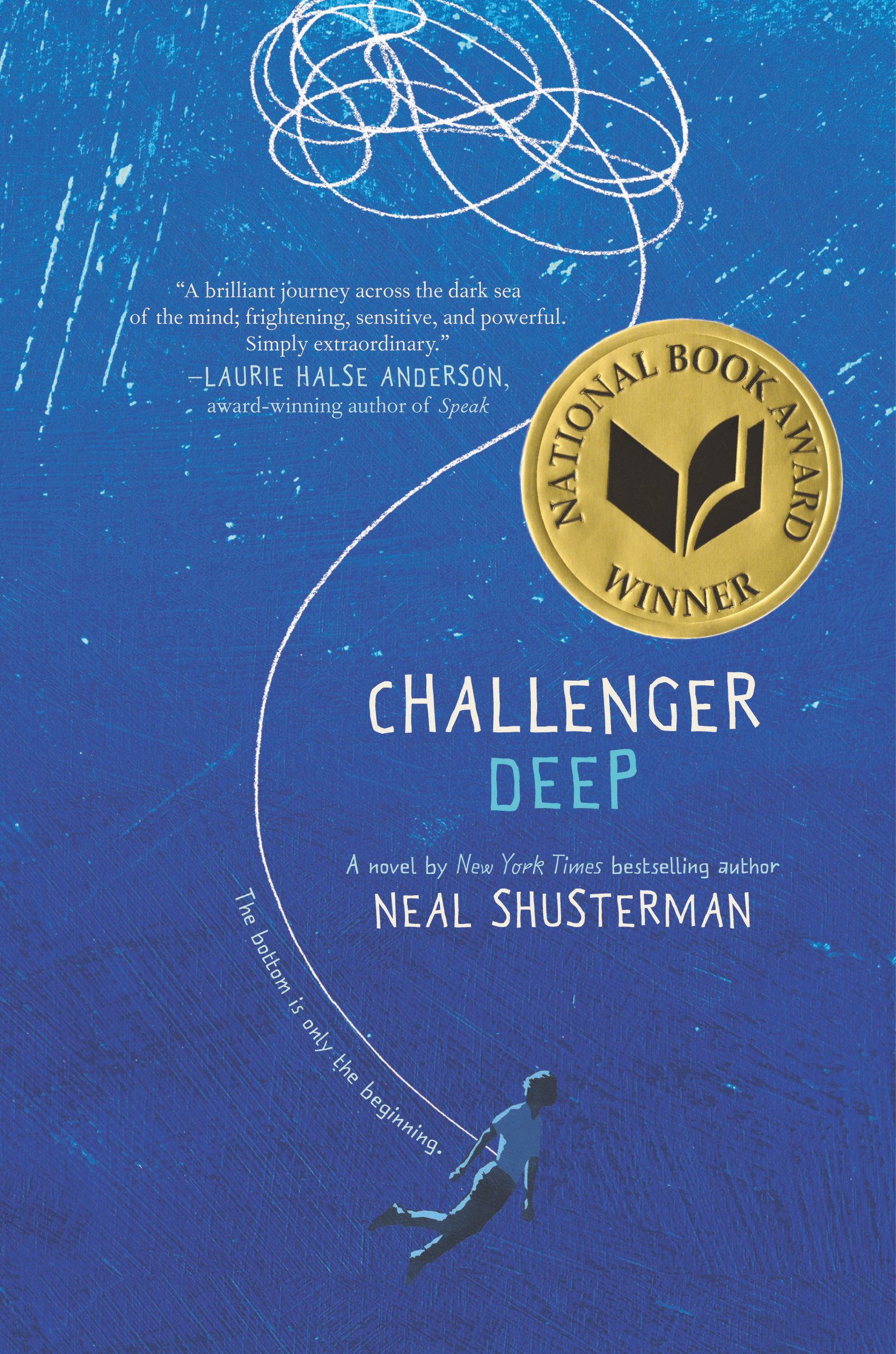 Plus, we have one amazing YA event this month, so don’t miss it!