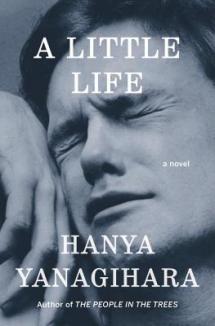 The short list for the Man Booker Prize for Fiction 2015 has been announced.  Check out the finalists:

A Brief History of Seven Killings by Marlon James

Christy: “This book is based on the attempted assassination of Bob Marley in 1976, who is known in the book as ‘The Singer.’ I found this story to be quite relevant to what’s happening in Mexico: politics in upheaval, corrupt police, the American CIA are involved. In this world, Jamaican citizens aren’t allowed to rise above their station. A fascinating read, written in dialect.”

A Little Life by Hanya Yanagihara

Consuelo: “Hanya Yanagihara’s second novel, A Little Life, starts where many books would leave off – an oprhan (Jude),rescued from unbearably severe trauma, is finally free to pursue a normal life. With the help of his friends, mentors and colleagues, Jude gradually gains a semblance of normalcy and healing, but Yanagihara gives us no easy resolution. A Little Life is a story of the lingering, long-time effects of trauma, and while much of the novel’s hope comes from watching the delicate ways that Jude’s friends try to help him, Jude defies their attempts to heal him completely; an impossible task, given his experience. Beautiful writing, major tearjerker.”

“We had a great time choosing this list. Discussions weren’t always peaceful, but they were always very friendly. We were lucky in our companions and the submissions were extraordinary. The longlist could have been twice as long, but we’re more than happy with our final choice.”

Which book are you rooting for?