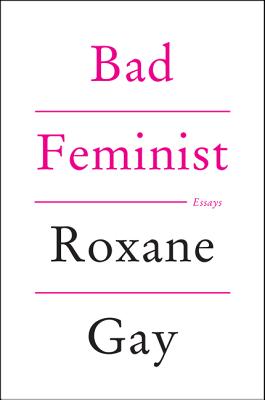 One of Roxane Gay’s most pronounced strengths, as a writer, critic, and speaker, is her ability to traverse the space between colloquialism and profound insight. She uses both casual language and complex theory to make profound statements, and wields both confidently. Her new collection of essays, Bad Feminist, is a perfect exhibition of all that makes her voice one of the rising best in American cultural criticism.

Prior to 2014, the year that saw Gay publish a novel and this collection of essays, Gay wrote primarily online. Many of the essays in Bad Feminist appeared in other sources before being compiled, and Gay references her social media presence often. It’s partially this history of freelancing; of having a lot to say in several different media, that makes this such a compelling collection. There are sections delineated by theme, and her voice is always recognizable, but every essay here is a complete work that is complemented by the rest of the collection, but does not require context to be powerful. On subjects from popular music (“Blurred Lines,” Chris Brown) to reproductive justice (Wendy Davis’ filibuster) to the Sweet Valley High series of YA books (which, spoiler alert, she loves), Gay writes in clear, often beautiful prose, maintains a keen sense of humor, and teaches her readers something new, sometimes all at once. Bad Feminist is political and approachable, funny and serious, passionate and trivial. It’s the best kind of essay collection: the kind that can be many things at once, to many different people, for many different reasons.

Copies of Bad Feminist are now available on our shelves and via bookpeople.com. Also, if you enjoy these essays, check out Roxane Gay’s novel, An Untamed State.