Where we bring you YA news from around the globe and highlights from the
BookPeople Teen Press Corps!

Upcoming YA Event at BookPeople

Join us Sunday, September 22 at 2PM, for author Lindsey Lane and her new book Evidence of Things Not Seen!

About Evidence of Things Not Seen: When high school junior Tommy Smythe goes missing, everyone has a theory about what happened to him. He was an odd kid, often deeply involved in particle physics, so maybe he just got distracted and wandered off. He was last seen at a pullout off the highway, so maybe someone snatched him. Tommy believes that everything is possible, and that until something can be proven false, it may be true. So as long as Tommy’s whereabouts are undetermined, he could literally be anywhere.Told in a series of first-person narratives from people who knew Tommy, Evidence of Things Not Seen by award-winning author Lindsey Lane explores themes of loneliness, connectedness, and the role we play in creating our own realities.

For more information, or to pre-order a signed copy, visit bookpeople.com.

The news from TTBF keeps coming fast and furious. More authors and panels have been annoucned, including Cory Doctorow!

Texas Teen Book Festival (formerly the Austin Teen Book Festival) happens on October 18, 2014 on the campus of St. Edward’s University. It’s one of our favorite events of the year. We’re proud to be co-founders of this festival and love working on it (and of course being there the day of with all of the books!)

Here’s another amazing panel! From Shelf To Screen will feature authors James Dashner (The Maze Runner), Gayle Forman (If I Stay), and Kass Morgan (The 100).

Get a clue and find your way to this great mystery panel. Get a Clue panel with author Simmone Howell (Girl Defective), Will Ritter (Jackaby), James Klise (The Art of Secrets), and Ransom Riggs (Hollow City: The Second Novel of Miss Peregrine’s Peculiar Children)!

Reviews of the Week!

Wish You Were Italian by Kristin Rae. “This was such a joy to read. It was the perfect summer romance for you ladies out there who are searching for one. Rae’s story is sweet and sensual whilst maintaining wit and fun. Brilliant!” Read more of her review. 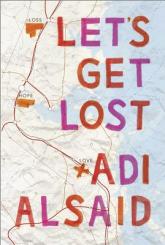 Let’s Get Lost by Adi Alsaid. “These characters were lovely, each and every one of them unique. They were crafted in their own ways, making them come alive. I wanted to scoop each one of them into my arms and give them a big hug. Their stories all involve something each of us readers can relate to which made them so real. This is definitely one I recommend to all John Green fans.” Read the rest.

Emily reviews The Impossible Knife of Memory by Laurie Halse Anderson. “The Impossible Knife of Memory is about Hayley trying to take care of herself and her father who suffers from war-related PTSD while simultaneously pretending the situation isn’t as dire and dangerous as it really is. On one hand, in my own experiences I know I wouldn’t have had to suffer through as much if my parents had just admitted that something was wrong. On the other, Hayley is the child. She shouldn’t have had to shoulder that burden, and I feel that Anderson did an amazing job portraying Hayley’s experiences. The ending found the sweet spot between end-of-the-world despair and tie-it-up-with-a-pretty-bow happily ever after that really fit with the tone of the whole novel.” 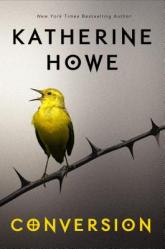 Kendall gives us one more reivew of last month’s BuzzBook, Conversion by Katherine Howe. “Conversion is a mystifying and spellbinding novel that combines modern day school life with seventeenth century colonial life. I was hooked within the first few chapters. . . . Katherine Howe did any amazing job with the research for this book. For anyone who’s into fiction and fantasy books will absolutely love Conversion. It is the perfect summer read for anyone who loves all things witchy. Definitely a must buy!”

With the movie of The Maze Runner just around the corner, we are getting amped for all things related. Author James Dashner (and his publisher) just released a video where he answers some questions about the book, such as where Minho’s name comes from, that die-hard Gladers will love.

John Green says that he had an alternate ending for The Fault In Our Stars. He claims he wrote this wild alternate ending and sent it to his editor who couldn’t tell if he was kidding or not. What do you think, is John just teasing all of us? Watch the video below and judge for yourself.