Your Fathers, Where Are They? And the Prophets, Do They Live Forever? by Dave Eggers
On an abandoned military base, miles from the nearest road, Thomas watches as the man he has brought wakes up. Kev, a NASA astronaut, doesn’t recognize his captor, though Thomas remembers him. Kev cries for help. He pulls at his chain. But the ocean is close by, and nobody can hear him over the waves and wind. Thomas apologizes. He didn’t want to have to resort to this. But they really needed to have a conversation, and Kev didn’t answer his messages. And now, if Kev can just stop yelling, Thomas has a few questions.

The Long Mars by Terry Pratchett & Stephen Baxter
The cataclysmic Yellowstone eruption is shutting down civilization. Whole populations flee to the relative safety of myriad stepwise Earths. Sally Linsay, Joshua Valiente, and Lobsang have all been involved in the perilous post-eruption clean-up. But Joshua faces a crisis close to home. From a long childhood hidden deep in the Long Earth, a new breed of young, super-bright post-humans is emerging–but “normal” human society is turning against them, driven by ignorance and fear. For Joshua, for humankind, for the Long Earth itself–everything is different now.

Statesman Selects pick for June: The Fever by Megan Abbott
MysteryPeople new release pick of the day!
The Nash family is close-knit. Tom is a popular teacher, father of two teens: Eli, a hockey star and girl magnet, and his sister Deenie, a diligent student. Their seeming stability, however, is thrown into chaos when Deenie’s best friend is struck by a terrifying, unexplained seizure in class. Rumors of a hazardous outbreak spread through the family, school and community. As hysteria and contagion swell, a series of tightly held secrets emerges, threatening to unravel friendships, families and the town’s fragile idea of security. We’re excited to welcome Megan Abbott to BookPeople onThursday, June 26 at 7PM! She will be joined by Alison Gaylin for what is sure to be an excellent evening.

The Quick by Lauren Owen
Consuelo’s new release pick of the day!
“Set in Victorian London, the book starts off as historical fiction. But, about a hundred pages in, the genre changes. This book doesn’t stick to the standard storytelling structures and keeps adding new characters to the fold. It really keeps you on your feet and reading.”

The Wolves of Midwinter by Anne Rice
It is winter at Nideck Point. The community organizes its annual celebration of music and pageantry. But for Reuben Golding, now infused with the Wolf Gift, this promises to be a season like no other. He’s preparing to honor an ancient Midwinter festival with his fellow Morphenkinder—a secret gathering that takes place deep within the recesses of the surrounding forests. However, Reuben is soon distracted by a ghost. Tormented and unable to speak, it haunts the halls of the great mansion, drawing him toward a strange netherworld of new spirits. And as the swirl of Nideck’s preparations reaches a fever pitch, they reveal their own dark magical powers.

Flying Shoes by Lisa Howorth
Based on the true story of the still-unsolved case of her stepbrother’s murder, Howorth tells the story of Mary Byrd Thornton, a reporter who reluctantly returns to Virginia from Mississippi to confront her family and the irremovable stain of the tragic, unsolved murder of a nine-year-old boy. A great debut from a fellow indie bookseller! Lisa Howorth will be signing and reading in-store, Wednesday, June 25 at 7PM, from her new book, Flying Shoes.

Cibola Burn by James S.A. Corey
Raul’s new release pick of the day!
The gates have opened the way to a thousand new worlds and the rush to colonize has begun. Settlers looking for a new life stream out from humanity’s home planets. Ilus, the first human colony on this vast new frontier, is being born in blood and fire. James Holden and the crew of his one small ship are sent to make peace in the midst of war and sense in the midst of chaos. But the more he looks at it, the more Holden thinks the mission was meant to fail. And the whispers of a dead man remind him that the great galactic civilization that once stood on this land is gone. And that something killed it.

Top Secret Twenty-One by Janet Evanovich
Trenton, New Jersey’s favorite used-car dealer, Jimmy Poletti, was caught selling a lot more than used cars out of his dealerships. Now he’s out on bail and has missed his date in court, and bounty hunter Stephanie Plum is looking to bring him in. Leads are quickly turning into dead ends, and all too frequently into dead bodies. Even Joe Morelli, the city’s hottest cop, is struggling to find a clue to the suspected killer’s whereabouts. These are desperate times, and they call for desperate measures. So Stephanie is going to have to do something she really doesn’t want to do: protect former hospital security guard and general pain in her behind Randy Briggs. Briggs was picking up quick cash as Poletti’s bookkeeper and knows all his boss’s dirty secrets. Now Briggs is next on Poletti’s list of people to put six feet under. 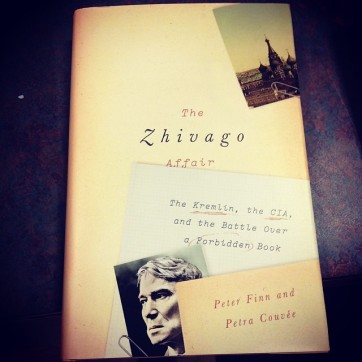 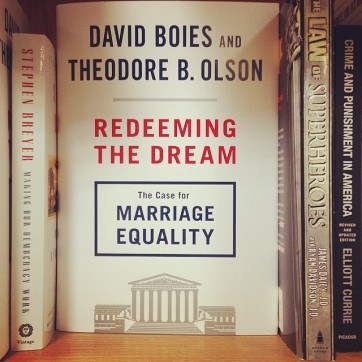 The Zhivago Affair by Peter Finn & Petra Couvée
In May 1956, an Italian publishing scout went to visit Russia’s greatest living poet, Boris Pasternak. He left carrying Pasternak’s first and only novel, Doctor Zhivago. Pasternak believed his novel was unlikely to ever be published in the Soviet Union, where the authorities regarded it as an irredeemable assault on the 1917 Revolution. Beginning in Italy, Doctor Zhivago was widely published in translation throughout the world. From there the life of this extraordinary book entered the realm of the spy novel. The CIA, which recognized that the Cold War was above all an ideological battle, published a Russian-language edition of Doctor Zhivago and smuggled it into the Soviet Union. In The Zhivago Affair, Peter Finn and Petra Couvée bring us intimately close to this charming, passionate, and complex artist. First to obtain CIA files providing concrete proof of the agency’s involvement, the authors give us a literary thriller that takes us back to a fascinating period of the Cold War—to a time when literature had the power to stir the world.

Collision of Empires: The War on the Eastern Front in 1914 by Prit Buttar
Imperial Germany, Hapsburg Austria-Hungary, and Tsarist Russia clashed on a scale greater than the Western Front campaign to the Marne and the Race to the Sea in 1914. Drawing on first-hand accounts and detailed archival research, this is a dramatic retelling of the the tumultuous events of the first year of World War I on the Eastern Front, with the battles of Tannenberg and the Masurian Lakes in East Prussia, followed by the Russo-Austrian clashes in Galicia and the failed German advance towards Warsaw. With the centenary of the start of World War I in 2014, Collision of Empires is a timely re-discovery of the bitter fighting on this forgotten front.

Redeeming the Dream: The Case for Marriage Equality by David Boies & Theodore Olson
Redeeming the Dream is the story of how David Boies and Theodore B. Olson—who argued against each other all the way to the Supreme Court in Bush v. Gore—joined forces after that titanic battle to forge the unique legal argument that would carry the day. As allies and not foes, they tell the fascinating story of the five-year struggle to win the right for gays to marry, from Proposition 8’s adoption by voters in 2008, to its defeat before the highest court in the land in Hollingsworth v. Perry in 2013. Boies and Olson guide readers through the legal framing of the case, making crystal clear the constitutional principles of due process and equal protection in support of marriage equality while explaining, with intricacy, the basic human truths they set out to prove when the duo put state-sanctioned discrimination on trial.

The Lowland by Jhumpa Lahiri
National Book Award Finalist and shortlisted for the 2013 Man Booker Prize, The Lowland is an engrossing family saga steeped in history: the story of two very different brothers bound by tragedy, a fiercely brilliant woman haunted by her past, a country torn apart by revolution, and a love that endures long past death. Moving from the 1960s to the present, and from India to America and across generations, this dazzling novel is Jhumpa Lahiri at the height of her considerable powers.

Longbourn by Jo Baker
The servants take center stage in this irresistibly imagined belowstairs answer to Pride and Prejudice. While Elizabeth Bennet and her sisters fuss over balls and husbands, Sarah, their orphaned housemaid, is beginning to chafe against the boundaries of her class. Mentioned only fleetingly in Jane Austen’s classic, here Jo Baker dares to take us beyond the drawing rooms of Regency England and, in doing so, uncovers the real world of the novel that has captivated readers’ hearts around the world for generations.

PICTURE BOOK PICK OF THE WEEK 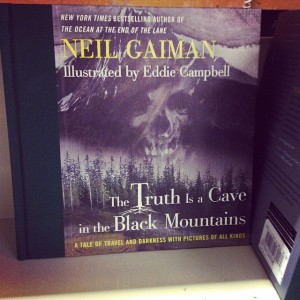 The Truth is a Cave in the Black Mountains by Neil Gaiman, Illustrated by Eddie Cambell
“You ask me if I can forgive myself? I can forgive myself . . .” And so begins The Truth Is a Cave in the Black Mountains, a haunting story of family, the otherworld, and a search for hidden treasure. This gorgeous full-color illustrated book version was born of a unique collaboration between New York Times-bestselling author Neil Gaiman and renowned artist Eddie Campbell, who brought to vivid life the characters and landscape of Gaiman’s award-winning story. A glorious explosion of color and shadow, memory and regret, vengeance and, ultimately, love.

One thought on “New Release Picks for the Week!”