You can’t go wrong with Willy Vlautin. His knack for speaking plainly about hard truths earns comparisons to John Steinbeck and Raymond Carver. (In fact it was a Carver story, Too Much Water So Close to Home, that inspired Vlautin to begin writing stories for the page.) This guy writes with a big heart. You can see it in The Motel Life, his first novel, a story about two brothers struggling against the odds on the road, and in Lean on Pete, his third novel and the first one of his I read.

I found Lean on Pete as a staff selection at Powells a few years ago.  It was one of those books for me that couldn’t have come at a more perfect time.  I hold this book very dear in my heart.  It’s rich with the atmosphere of the Pacific Northwest.  With only a picture to go by, a boy tries to navigate alone through people’s bad intentions and apathy to the place he dreams of a thousand miles away: his aunt’s loving home.  He travels with the only friend he can trust, Lean on Pete, an elderly racehorse.  A great read that deserves to be moved closer to the top of anyone’s reading list.

In his latest novel, The Free, Vlautin’s enormous heart is at work once again.

I’d placed my pre-order for The Free back in September and was ecstatic to receive an ARC from Harper Perennial soon after. I was almost nervous to start reading it because I consider each of his previous novels (The Motel Life; Northline; Lean on Pete) perfect. I gotta say, Willy does not disappoint. The Free is a story about a handful of characters whose lives intersect in sometimes brief moments, but always in meaningful, life affirming ways. You can always trust Willy to take you to the brink of humanity and reel you back in just in time.

For those of you unfamiliar with Vlautin, you should know that in addition to being an author, he also lends his storytelling to song.  Vlautin’s band Richmond Fontaine has released a number of studio albums over the years. This year he debuts a new band, The Delines.

The Free will be on our shelves at BookPeople tomorrow (February 4th). It’s a paperback original, which means you can pick it up for your book club right away. You can reserve a copy now. 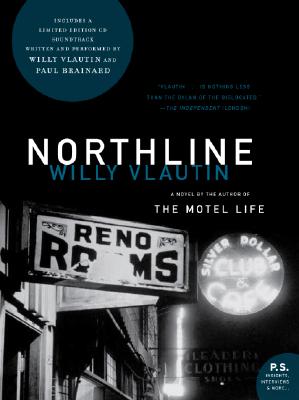 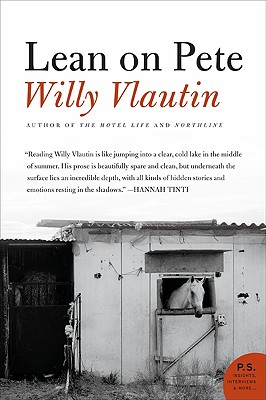 “Courageous, powerful, and mercifully refreshing, The Free is nothing less than an affirmation, that rare novel about lost souls which dares to be hopeful in the face of despair. Vlautin’s hard knock characters will break your heart with their humanity and grace.”
— JONATHAN EVISON, AUTHOR OF THE REVISED FUNDAMENTALS OF CAREGIVING

“The Free is a graceful portrayal of an underrepresented side of American life. Willy Vlautin never overreaches, or takes the easy road, and his words have the heft of permanence.”
— PATRICK DEWITT, AUTHOR OF THE SISTER BROTHERS

“The Free is another outstanding book from one of America’s most underappreciated artists.”
— GEORGE PELECANOS

“Willy Vlautin’s magnificent novel The Free is as raw as it is beautiful, as brutal as it is honest. But despite the difficult truths of his intertwined tales, Vlautin’s characters will lift you up with their quiet compassion and profound dignity.”
— IVY POCHODA, AUTHOR OF VISITATION STREET

“Brilliant and beautiful…what a gorgeous book. There are so few writers out there with such ambitious humility.”
— SARAH HALL

“Few contemporary western writers tell the truth with the unerring eye of Willy Vlautin, a literary realist whose emotionally charged characters achieve that rarest of goals in fiction-to tell a great story, and The Free is Vlautin at his best.”
— CRAIG JOHNSON, AUTHOR OF THE WALT LONGMIRE MYSTERIES, THE BASIS FOR A&E’S HIT SERIES LONGMIRE

“Willy Vlautin writes novels about people all alone in the wind. His prose is direct and complex in its simplicity, and his stories are sturdy and bighearted and full of lives so shattered they shimmer.”
— CHERYL STRAYED, THE OREGONIAN

“A portrait of American life that is so hard and so heartbreaking that it should be unbearable, but it isn’t. The straightforward beauty of Vlautin’s writing, and the tender care he shows his characters, turns a story of struggle into indispensable reading. I couldn’t recommend it more highly.”
— ANN PATCHETT

“…a story of our times-about the lack of work, the cost of health insurance, the demonizing of war and the damage to life in the working class. Vlautin writes cleanly, beautifully about the people who hang on despite odds…. A fine novel…bounded by courage and kindliness.”
— KIRKUS REVIEWS

“Willy Vlautin is one of the bravest novelists writing…. An unsentimental Steinbeck, a heartbroken Haruf, Willy Vlautin tells us who really lives now in our America, our city in ruins.”
— URSULA K. LE GUIN

4 thoughts on “Willy Vlautin: A Writer With A Big Heart (and a new book)”