Over the next few weeks, we’ll be hearing from different community voices about what a Modern First Library means to them! Below, author David Bowles talks about . Explore more from the series here.

As a Mexican American kid in South Texas during the 1970s, I found I loved to read, though I had no idea what books to pick. Some great elementary librarians led me through the stacks in those early years, and the love for legends and cucuys my Grandmother Garza had instilled in me soon blossomed into a hunger for real-life stories of heroism and brilliance.

Unfortunately, none of the books I encountered in kinder through third grade reflected my Latino heritage, so school libraries—at the same time they expanded my horizons—were erasing that vital half of my identity. I learned all about the historical figures and movements of mainstream white America, with a light sprinkling of important Black figures, but my father’s people may as well have never existed.

This erasure was a heavy price to pay, one that I would attempt to recuperate—with interest—in my twenties after college studies made me finally aware of the growing body of literature by Latinx authors and illustrators.

As I became a middle-school English teacher, then the director of English language arts and bilingual education in a border school district, I sought to ensure that what had happened to me would never befall the young Mexican Americans on our campuses. I wanted them to see themselves—often, in a variety of ways—in the books they read.

Most importantly, I wanted them to learn about their gente, about the great figures of our Chicanx heritage and the larger Latinx umbrella under which we and our beloved cousins were gathered. 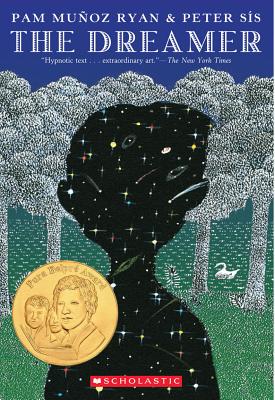 Let our children learn about the magnificent art they can create by reading Frida Kahlo and Her Animalitos (illustrated by John Parra, written by Monica Brown) or Diego Rivera: His World and Ours, by Duncan Tonatiuh. Let them discover the beautiful words they can craft reading The Dreamer (by Pam Muñoz Ryan, illustrated by Peter Sis) and My Name is Gabito: The Life of Gabriel García Márquez/Me llamo Gabito: la vida de Gabriel García Márquez (illustrated by Raúl Colón, written by Monica Brown).

We should let them peer behind the lovely musical notes of our cultura by reading them The Life of /La Vida De Selena: A Lil’ Libros Bilingual Biography and My Name Is Celia/ Me Llamo Celia: The Life of Celia Cruz/ La Vida de Celia Cruz.

Finally, we must never let our children forget la lucha, the ongoing struggle to ensure that our gente have access to that legendary American Dream. Books like iCésar: ¡Sí, Se Puede! Yes, We Can! and İSí, se puede! / Yes, We Can! Janitor Strike in L.A. will show them the price paid by those who have come before to advance our communal cause.

It goes without saying that non-Latinx children will find their lives enriched by reading these titles as well. At a moment in US history when brown folks, Spanish-speaking gente, are increasingly the target of public cruelty and hurtful government policies, exposing all children to the rich reality of Latinx life is one way to counteract the corrosive public discourse that might otherwise encourage bullying in schools.

For a purportedly pluralistic nation, these titles become a vital element of our continued existence.

A Mexican-American author from deep South Texas, David Bowles is an assistant professor at the University of Texas Rio Grande Valley. Recipient of awards from the American Library Association, Texas Institute of Letters and Texas Associated Press, he has written several titles, including the Pura Belpré Honor Book The Smoking Mirror and Feathered Serpent, Dark Heart of Sky: Myths of Mexico. His book of middle-grade verse, They Call Me Güero: A Border Kid’s Poems, is out now from Cinco Puntos Press.

One thought on “Modern First Library: Reclaiming Our Children’s Heritage by David Bowles”